Facebook’s popping and I’m sitting tight on it for now. Sellside analyst upgraded the stock and his report sounded almost as if he’s a TradingWithCody.com subscriber because it outlined many of our reasons for being long this stock. Those reasons, according to Jordan Rohan at Stifel Nikolas, whom I’ve known for many years, wrote in his report this morning that Facebook “presents one of the most compelling investments in the Internet sector right now, as the fears of declining engagement and poor ad efficacy have already been discounted into shares. In our view, Facebook is making the transition from social media to utility, and that provides better staying power longer term.” Sounds familiar, huh?

On a bigger trading note, I ask you – Is there any question that the ratings agencies are contrarian indicators rather than forward-looking? If you’ve ever had a doubt about just how bad an idea it is to make your investing decisions on mainstream media headlines, this should end it. If you’ve ever wondered whether or not you should trust any sanctioned oligopoly like the ratings agencies and the power they have over what the Fed and Treasury can buy and sell, then I think we’ve answered the question.

I’ve said it before and I’ll say it again, that we should simply “Ignore the S&P idiots and their downgrade nonsense“. Click on that sentence and you’ll see that I’ve literally published an article called exactly that back in April of 2011. Here’s what I said in that article.

You probably have seen and heard endless, breathless headlines and discussions about this S&P “negative” outlook for our Republican/Democrat Regime’s budget policies. You do realize that S&P rated subprime assets as AAA…like the US government is today!  Much of those subprime assets ended up being worth less than 10 cents on the dollar less than a year after issuance. S&P is just playing a stupid insider game with the Republican/Democrat Regime, including the Treasury, which clearly new all about this coming downgrade last Friday when they sent Little Timmy Geithner out on a weekend media blitz.

It wasn’t much more than a few months later back in August of 2011 when the S&P folks made their decision to actually “Downgrade US Debt”. Here’s the title and link to my article from that day. On that S&P downgrade of the US debt. Yup, the same folks who downgraded the US on economic concerns back when stocks and Treasuries were much, much lower than they are today, are now telling us that it’s “safer” to invest in these instruments now that they are much higher in price and the debt/deficit outlook for the government is worse than ever before in history. 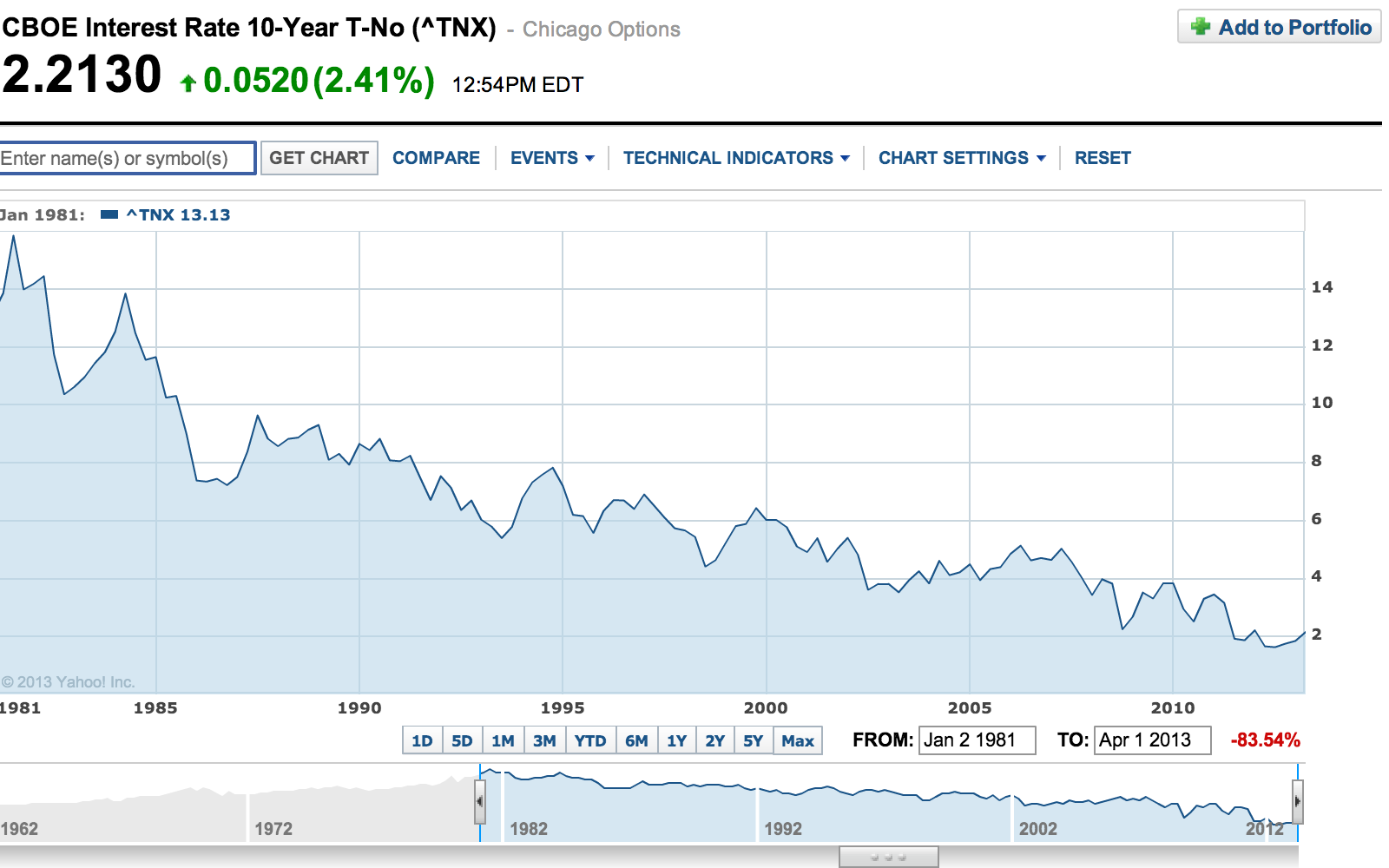 Go back a little further in time and the chart looks even more shocking. Here’s a look at the interest rate going back to 1981 when I first started paper trading at the age of 9.  Rates are down nearly 85% since I started learning about bonds and stocks. That means Treasuries have nearly doubled in price in the last three decades. 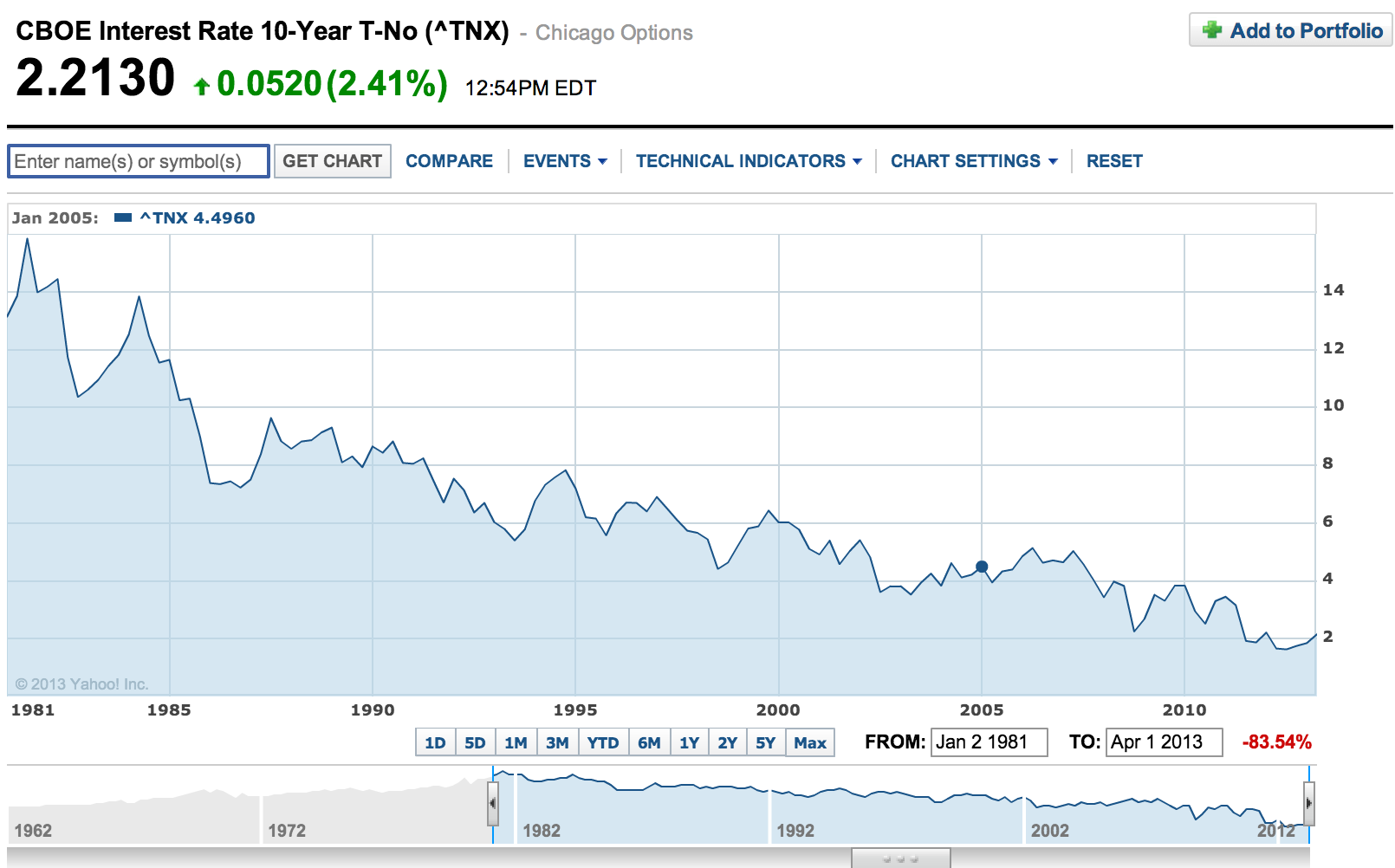 Which means that the S&P 500 is upgrading the US Debt here despite their being ever bigger US government debts both on- and off-balance sheet while Treasuries are priced to perfection by historical standards. Meanwhile, the size of that debt has grown exponentially over that same time period. The government’s got more debt than ever before and they’re selling it at higher prices than ever before. Does that sound like a safe time to buy Treasuries? 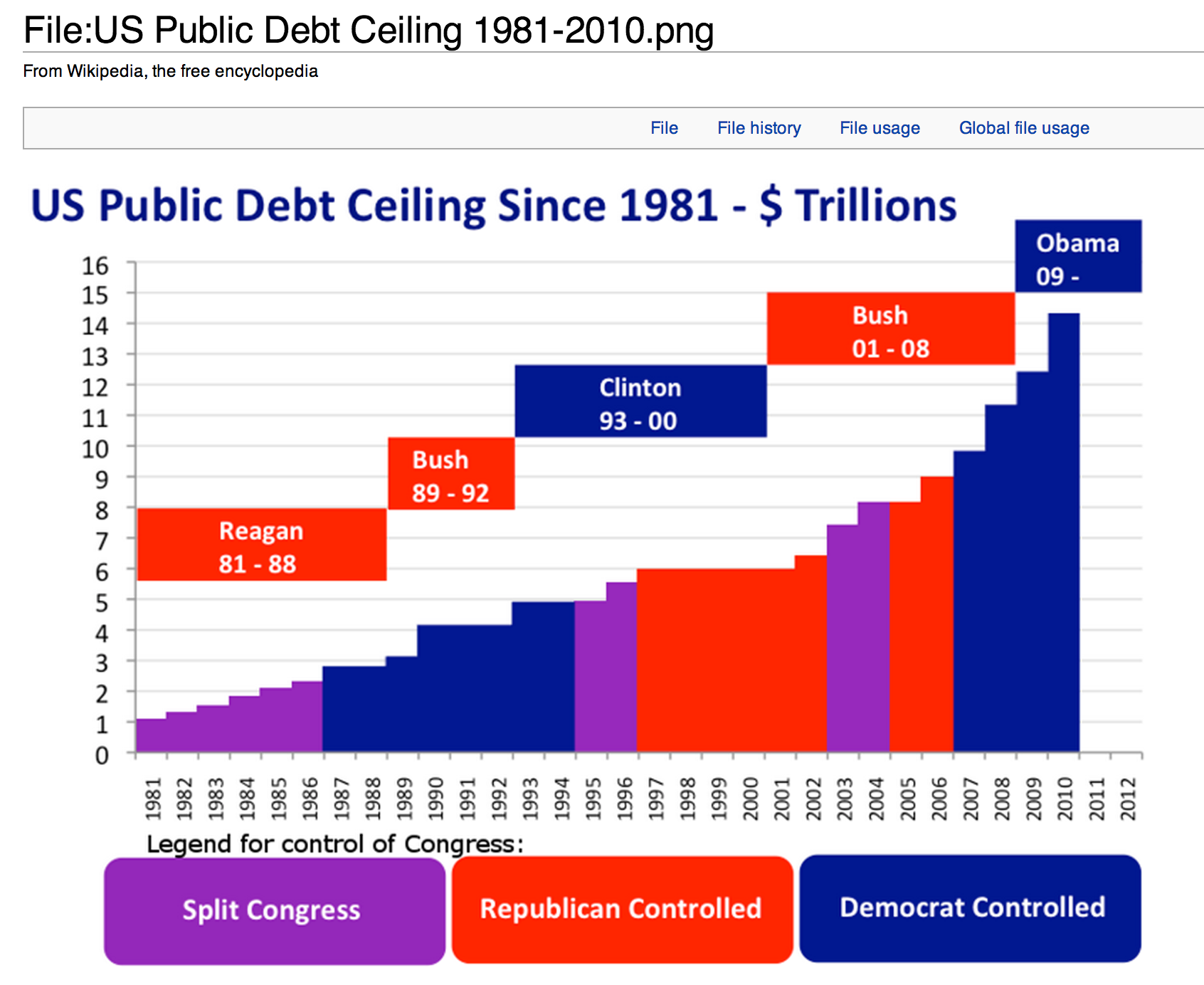 And of course, the mainstream media and talking heads will try to convince you that the stock markets are probably headed higher since some goofball rating agency says their confidence in that debt is so strong right now. But then again, here’s what the Nasdaq has done since the S&P downgraded the same stuff they’re upgrading today. 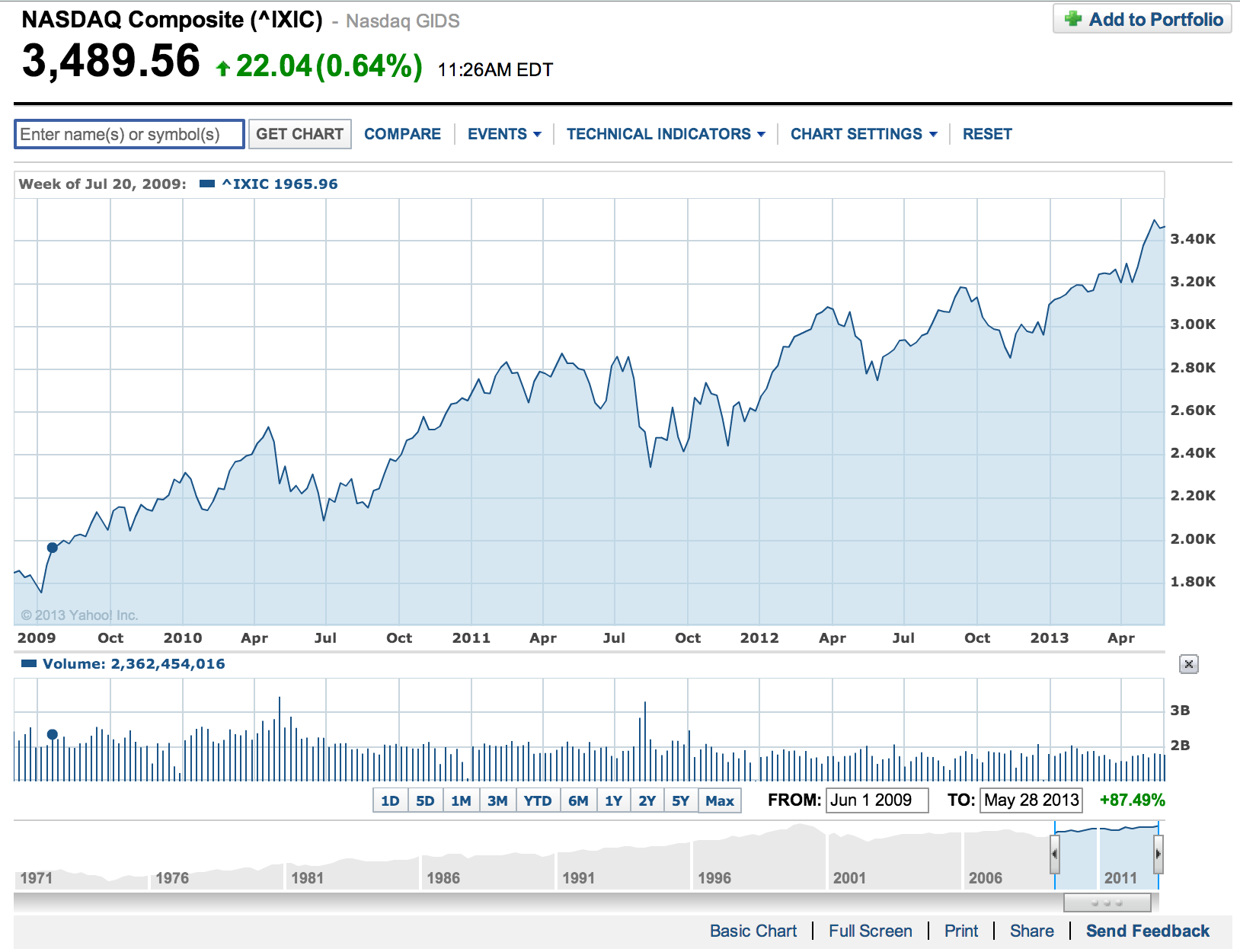 That doesn’t mean that today’s a big top in the stock markets or in Treasuries. These bubbles and games can last longer and go further than most people think possible, as I’m always trying to remind us. But I would much rather be short Treasuries today than long Treasuries and I’m sticking with my puts on the IEF, which is a bet that Treasury rates are going higher, despite the S&P upgrading those Treasuries today.

Markets Outlook: Reflexivity, Blow-Off Tops, And Other Horror Stories
Remember the panics and how to profit from them
Scutify: Our valuation, our offering, our history and our future
Catch your breath: Three questions
I will tell you the most positive development I've seen today...