The continued steady move higher in the broader markets over the last month of trading has been remarkable and over the last year. 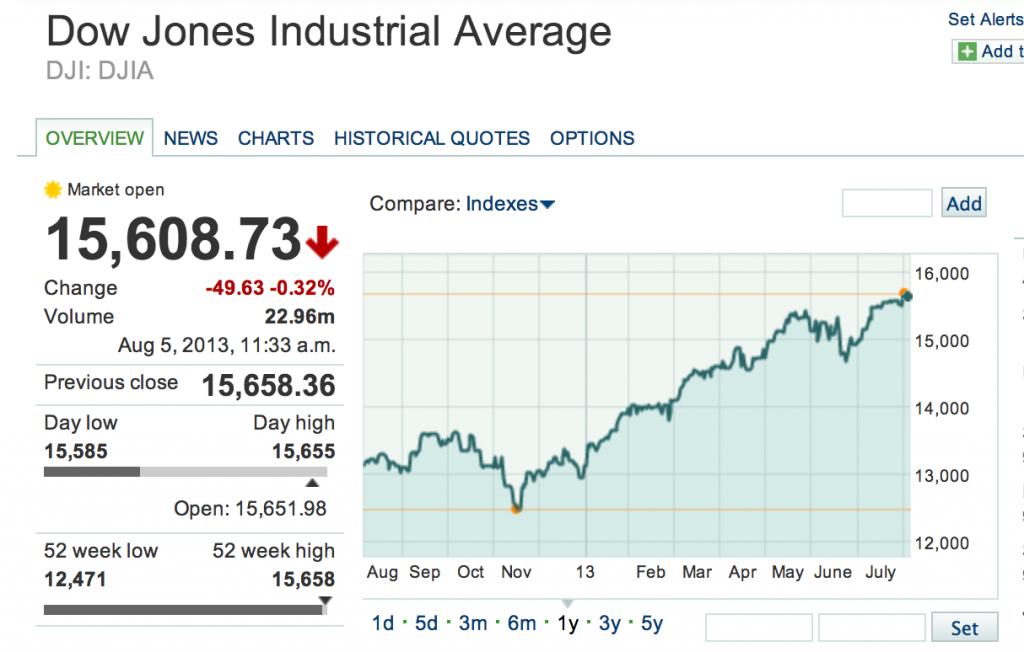 Given that, what adjective would you use to describe Facebook’s chart over the last month and last year? Mind-blowing? Outrageous? Rocknrolling? 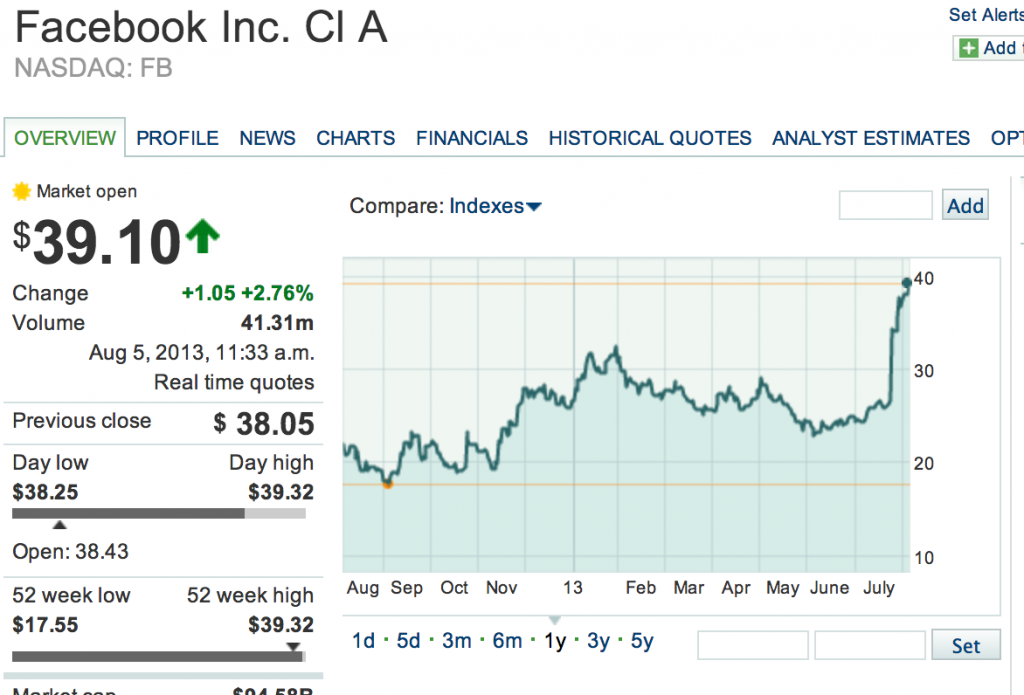 Facebook’s fundamental outlook amongst the sellside analysts changed dramatically after its recent quarterly report, as I explained in this article. With those analyst estimates in the out years going up 30-50% overnight after that blowout report, the valuation proposition in the stock suddenly changed too. What looked wildly expensive at $18 when I was what I called at the time, the only idiot buying Facebook, suddenly looked cheap at $33 last week.

And those analyst estimates have continued to steadily rise in the work days since that report a couple weeks ago (data courtesy Yahoo! Finance and Willard Media Ventures).

If you’re one of the many “professional” investors and/or analysts who privately thought was at best going to earn a half dollar next year as revenue growth slowed and costs rose but now think the company could earn a dollar or more next year– well, even at $39/share, Facebook’s stock is just as “cheap” now on a per share earnings basis than it was at $18/share. But it’s now got a growth profile with rising revenues and slowing costs, which makes you willing to pay up for that same multiple that you were bashing the bulls for paying back at $18.

I’m selling yet more of my FB calls. By day’s end, I will have less than 1/10th as many calls now as I did back before the earnings report from the many tranche buys I’d made over the last year. These remaining calls are up so much in value that it’s overweighting my portfolio in FB, especially with another pop like we’re seeing in FB this morning.

I’m also selling those Riverbed calls that I bought last week here now. The stock got upgraded at my alma mater, Oppenheimer, this morning, and is subsequently up nearly 4% and my loss on this bad earnings gamble is minimal now and I’m moving on. A trade is a trade is a trade.

With the remaining proceeds of that Riverbed trade, I’m revisiting another old stock of ours that is reporting on Wednesday — FIO. The CEO left and the stock is down quite a bit since we sold the last of our position in this name and the bar heading into the quarter is subsequently rather low. I fully expect that the stock will either be up or down at least 10% after the report, so some of you might consider hedging any call options into the FIO report with some put options. I’m just using a tiny bit of earnings report gambling money on this trade, so I’m simply using the calls.

This market and so many charts in it are wildly bubblicious. Before I go, I’ll flag a very low-float, illiquid trade on a penny stock. Talk about bubblicious — here’s this stock over the last month. 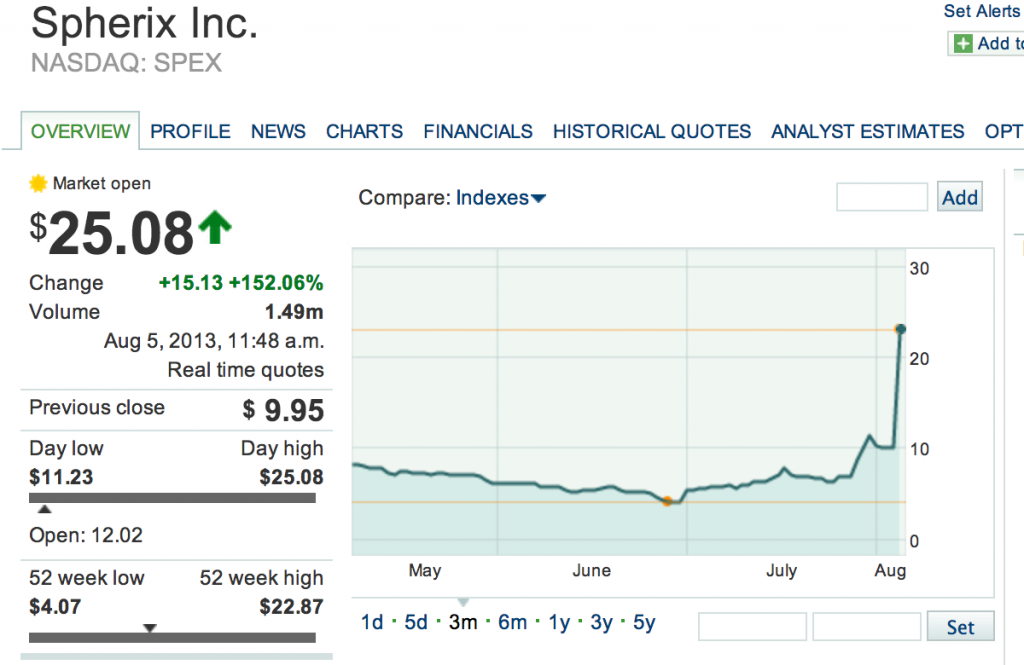 I’m trying to locate some shares to borrow to shortsell this puppy while it’s a classic worthless penny stock being run up over $20 a share today on nothing but hype and press releases. Note the lack of a name associated with their recent “patent win”.  Blah, blah. This stock will be back at under $5 and probably under a $1 this time next year.

I’ve seen this playbook where you hype a “patent upside potential” play with press releases and ridiculous articles at Seeking Alpha while the insiders and the guys hyping the stock unload. Stay far away from buying any stock like this. And know that when stocks like this are popping so easily off hype like this that we’re much closer to a top than a bottom in the markets.