Well, glad I sold half my BBRY puts, eh? The stock just got halted after the company just announced it’s entered into an agreement to be bought out at $9 a share. That’s probably going to drive speculation that there could be some activist shareholders and/or another consortium that would look to take it out and that makes $9 a bottom level here. I’ll be selling the last of my BBRY puts tomorrow after this news settles.

In the meantime, you want to know how TRULY WORTHLESS TRYING TO INVEST/TRADE off mainstream news headlines? Take a look at this screenshot — 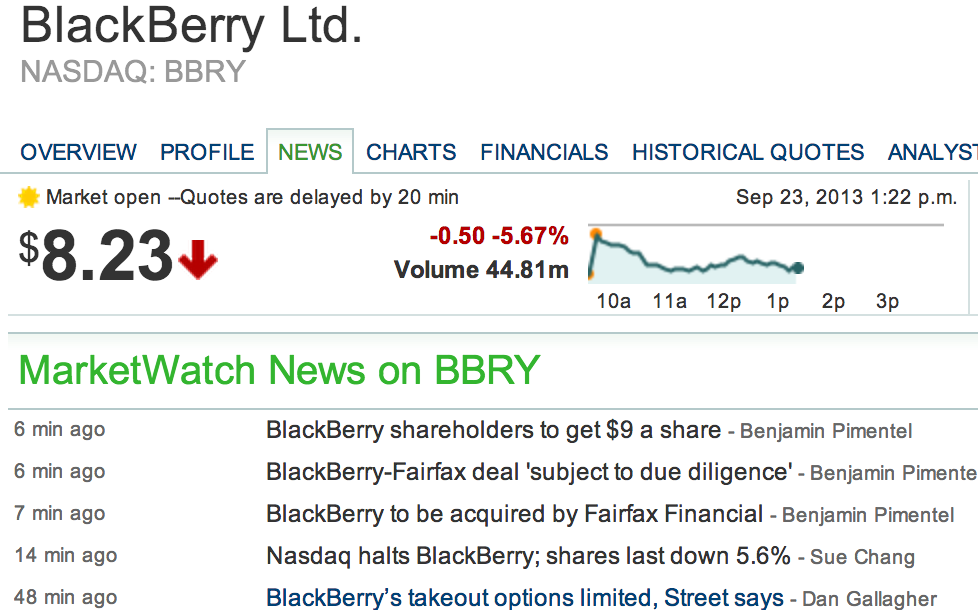 A mere 34 minutes before the company announced it was being “taken out”, there goes the headline about how Wall Street thinks its unlikely that the company would be taken out. Sigh.

Trade Alert: Reviewing the playbook and adding to a wet one
Trade Alert: Shorting more of this highflyer and a Fitbit update
Trimming Roku, Tough To Buy SpaceX, Amazon Lagging, Etc
Trade Alert: Headlines and finally adding to this position
Trade Alert - Locking in more VIX gains, Ciena pops and Kansas is dry