I’m going to use the Nasdaq to drill home some important concepts about why we buy weakness and trim new highs. 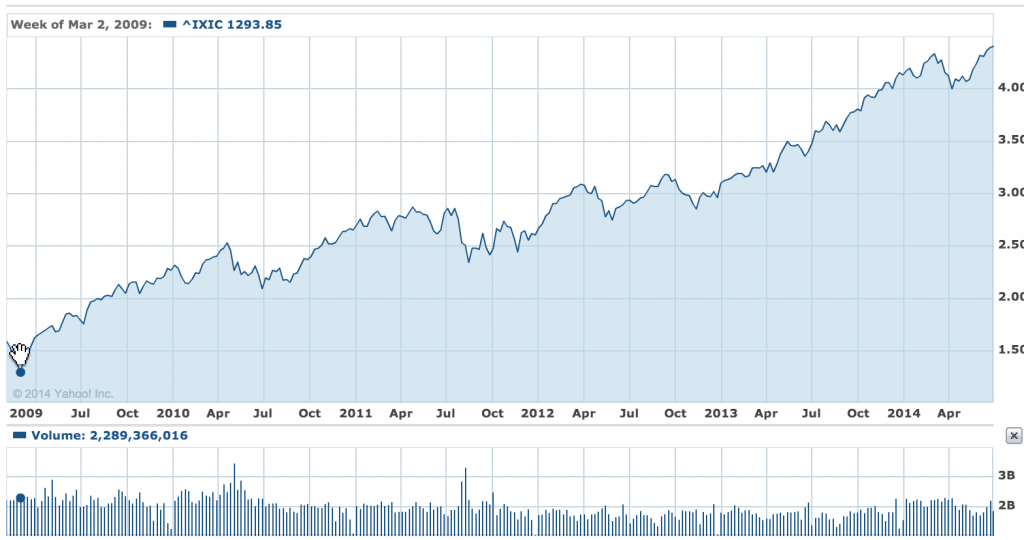 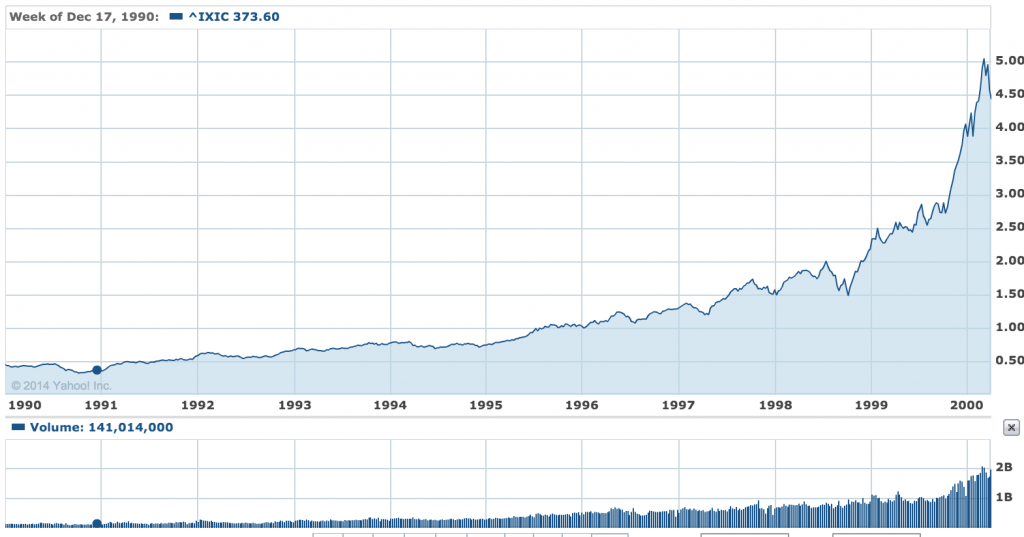 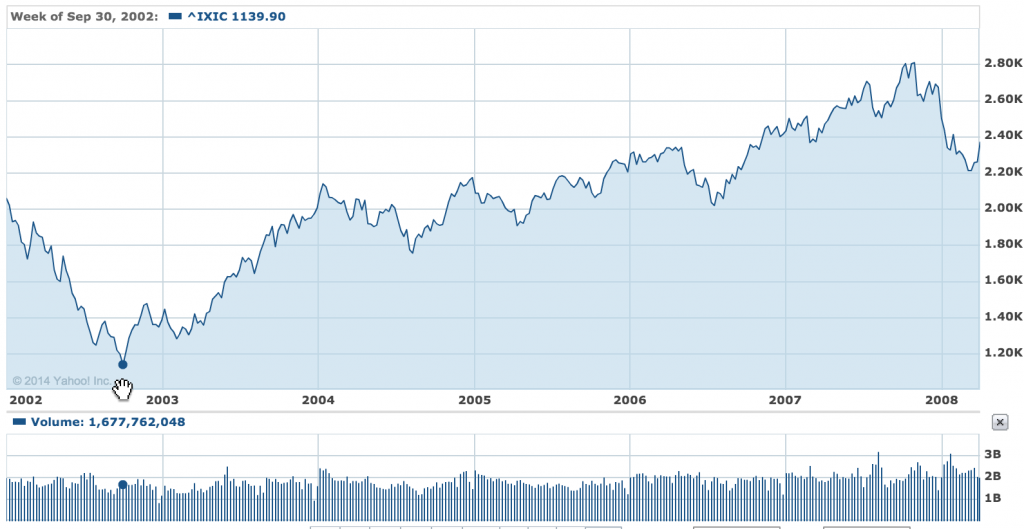 How far could we fall if this ongoing bubble-blowing bull market finally crashes? 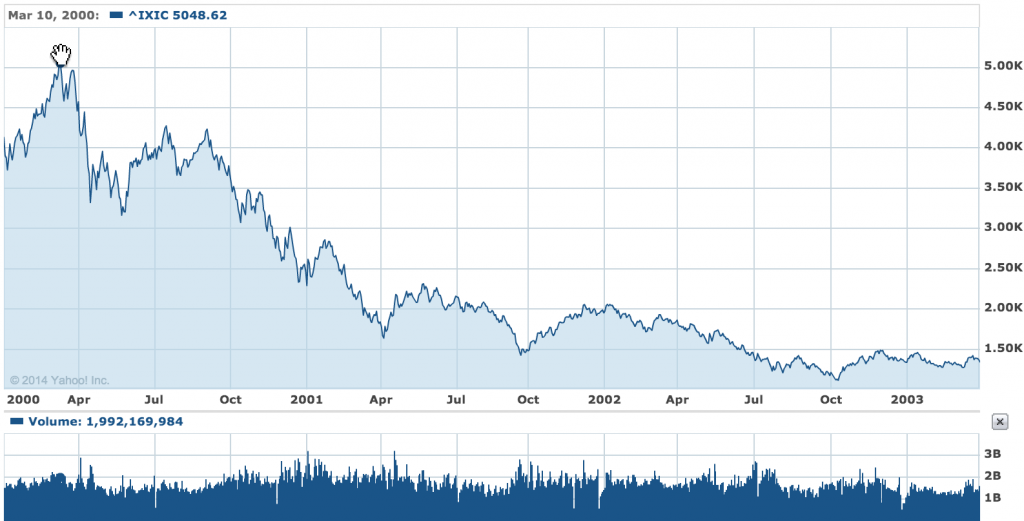 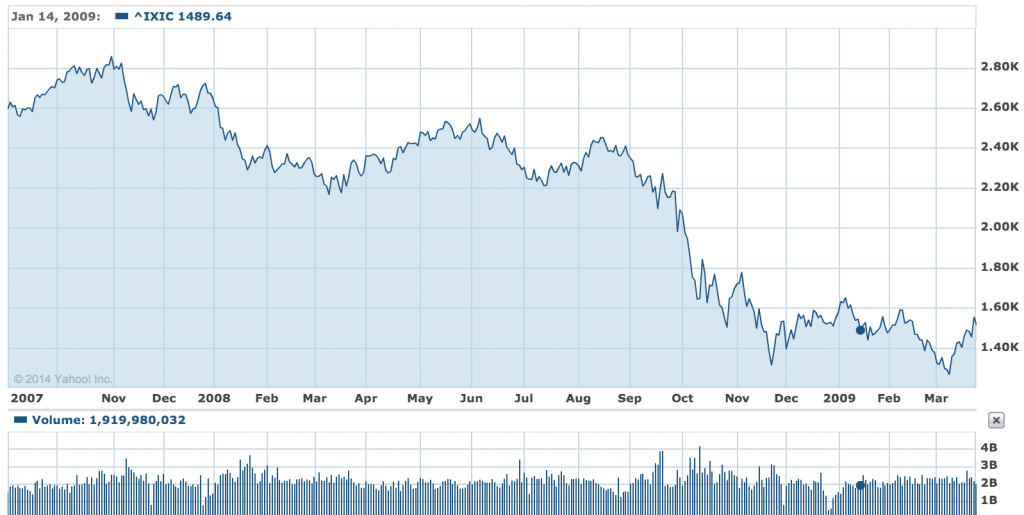 So what are the lessons of the above analysis?

Taking a long view of the Nasdaq, and more importantly, the companies that comprise the Nasdaq which is known as a tech-heavy index for a reason, buying on crashes and trimming on big rallies has been the most profitable way to ride the overall climb higher as it has been and continues to be a wildly volatile index full of even more wildly volatile stocks.

Underpinning the overall climb higher is earnings growth. Microsoft, Apple, Google, Oracle, and so many other formerly small-cap tech stocks have generated tens or hundreds of billions of dollars in earnings for their shareholders over the last twenty-odd years.

The post-bubble-blowing bull markets usually followed up by two year-long crashes that range from 50% to 80% in their severity. Should we be preparing for that kind of a crash right now? We don’t have to try to nail every top and every bottom as we ride these cycles in the markets and the economy.

That’s why I suggest trimming down a bit of your overall net long positioning and making sure you’ve got a bit more cash and other assets besides stocks, tech stocks and any other sector in the market included, to a level that you’ll be able to have some flexibility when the next crash comes. We try to have our cake and eat it too, by holding onto our many long positions overall, but trimming each of them down and selling the entire position of names that you’ve not got the utmost confidence in.

Remember the pain of the bottoms while we’re at new highs.

Teflon market led by our mega-cap techs
Trading updates...
Chat Transcript for Feb 22, 2012: Options, takeovers, oil and much more
I was searching for some of my old "Sell...
Updates on FFIV and a look at EK's BK