First, let me remind you to join me in Vegas in three weeks as I’ll be speaking three times at the Las Vegas Money Show:

Revolutions everywhere and how to invest in them

PCs changed the world. The ability to create, publish, view, manipulate and store documents, spreadsheets, presentations, videos, pictures, music and so on has enabled billions of people to be more productive, dream bigger and live larger in the last thirty years than anything since the advent of steel or maybe even the Renaissance. I personally use a computer for 50-80 hours a week every week for almost my entire professional life, and have made a good living doing so.

Spreadsheets alone changed the world.  How many business models, drug therapy models, interstellar travel models, revenue graphs, pie charts, voter break downs, and so on have been done that never would have been possible without spreadsheets. I use spreadsheets in my life up to 10 or 20 times a month sometimes. I use spreadsheets to model out earnings for companies I invest in and I use them for keeping track of my portfolio and I use them for creating entire business models for companies I create.

The Internet continues to change the world. The ability to network your devices, your content, your data, your very lives, has created dramatic productivity, entertainment, efficiency and all kinds of other enhancements over the last twenty years as it hit critical mass. Between PCs, smartphones, tablets, wearables, Internet of Things appliances, cars, etc there will be literally tens of trillions of devices tapped into the Internet by the end of this decade.

The App Revolution is changing the world. Billions of people open hundreds of billions of apps trillions of times a day, every single day. And it’s been less than a decade since the first iPhone and Android smartphones hit the market. 95% of all mobile phones sold last year were smart phones, up from 91% according to a JP Morgan sellside analyst report I read yesterday. The average smartphone has dozens of apps on it and the average person uses at least five apps a day. Younger folk use more and more often, but even most 60 and 70 year olds use their smartphones and at least a few apps every day. People communicate for free using apps. People use apps to report accidents and crimes and traffic and parties and games. They use apps to stream video, watch on demand video, listen to Sirius satellite radio (think about that one) and new applications for apps are being created every day.

Social networking changes the world. Facebook and Twitter in particular, having far surpassed critical mass and having created two disparate forms of social networking, change the world forever. Facebook and it’s 1.4 billion people using the most innovative and creatively disruptive platform to meet each other makes it almost self-fulfilling prophesy that its de facto standard status for personal social networking will become even more dominant. Twitter’s the celebrity/news de facto standard for finding and following any of the above and they too are self-fulfilling in their ongoing dominance. LinkedIn is probably already at that status for professionals.

Messaging apps are about to change the world. The Messaging Revolution has literally created hundreds of billions of dollars in value for early investors in it and is still just getting started. With apps, smartphones and tablets making it ever easier to engage with people using messaging (not to mention social networking and messaging within social networks like Facebook Messenger and Twitter private/group messaging, and so on), the value proposition and creation mechanisms for messaging are growing exponentially. I’m so convinced that the Messaging Revolution is about to be the next phase of our technology revolution that one of my companies has just rolled out the Futr Messaging App that enables you to send your messages into the future, picking when the recipient gets to see it. I’m on there every day these days sending out video market notes to my followers, so download it for iPhone or Android now and find me on there and let me know what you think. 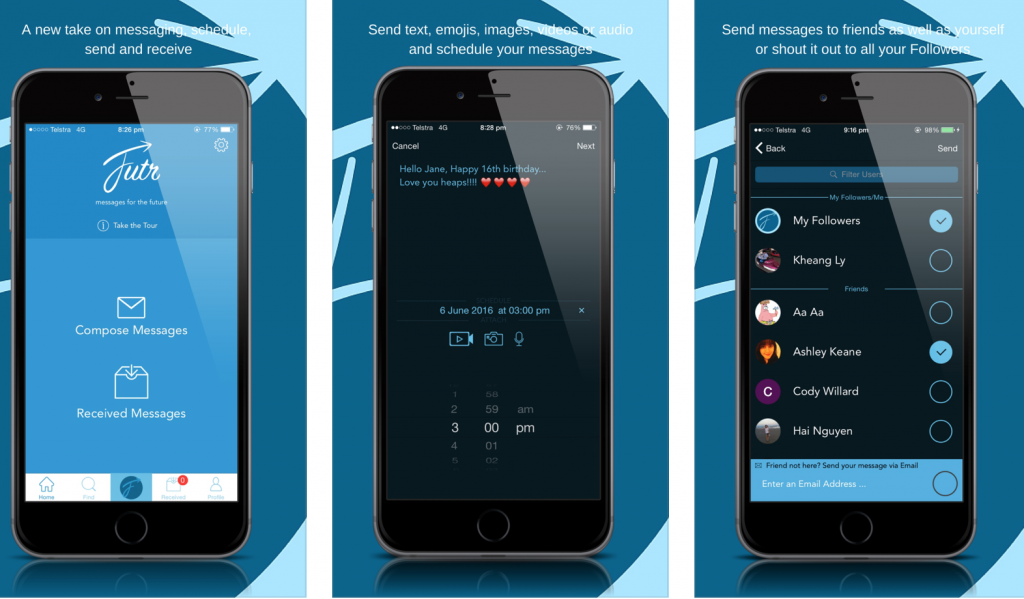 Download the Futr Messaging App, and use the “Find” function to search for “Cody” and Follow me on Futr. It’s just for fun mostly, and I’ll of course make my video snippets and other messages generally informative too. Click here to download the Futr Android or click here for the Futr iPhone app. See you in the Futr!

Five tech trends that will revolutionize the world

The app revolution I started predicting eight years ago when the Apple iPhone first hit is very real. The biggest stock-market bubble of all time that I positioned my portfolio and my subscribers for is building right on schedule. Apple’s about to hit the $1 trillion price target that I first put on it five years ago.

And now I’ve got five new predictions for you, each of which is about to change the world we live in.

Here are five of the most important trends for Revolution Investors to stay in front for the next five to 10 years.

Other investors and traders are trying to game a market top or to day-trade a few points or to time the bottom in energy. I think getting in front of these tech trends that are revolutionizing the world and growing secularly are a much better option

Removing one long entirely and adding a new short...
All that negativity is building upon itself...
Some more analysis on Apple Suppliers
Limited offer: Join Trading With Cody For Life
Trade Alert - Two new Drone/Robotics/Wearables stock picks