Join me for this week’s Live Q&A Chat at 2pm EST at https://twc.scutify.com/members/.

It’s not, as the old saying goes, the economy, stupid. It’s the Apple Watch and other tech revolutions you’re living through that matter. There’s been no bigger bull on the coming Wearables Revolution than yours truly. The Apple Watch and other wearables will drive the App Revolution, which we have so successfully ridden for the last seven years, to a whole now level, creating trillions of dollars in value for our economy in coming decades.

What I love about the Apple Watch so far is exactly what I’ve been saying is the main thing to remember about why it will be sucessful: using the Apple Watch for the quick glances and interactions you do with your smartphone. It’s not like you’re going to go browsing the Internet or try to tap a long sob story to your ex on your Apple Watch or other wearable devices. In the same way that you use your smartphone for many of the quicker things you used to do on a PC, like checking a flight status or sending an email, but you don’t type your college thesis on your smartphone. The Apple Watch is a light-interaction/quick-hit device.

Picture it on a spectrum:

I’m betting big on the Wearables Future with my stock portfolio and in my own career too. I still own Apple (as I have for the last twelve years) and I don’t care how many Apple Watches the company sells in the next ninety days. There’s probably so much pent up demand for the Apple Watch versus how much Apple can supply for the next ninety days that we know Apple is selling millions of these gadgets already. More important it looking out over the next five years and whether or not Apple can sell hundreds of millions of wearables devices such as the Apple Watch. Anything less than a hundred million units doesn’t move the needle much for this company that, in order to show bottomline growth, will need to be measuring its earnings in hundreds of billions of dollars each year.

Do I think Apple will sell a hundred million Apple Watches and other light-interaction wearable form factor gadgets in the next few years? Heck yea. In fact, my company are already already hard at work on our Apple Watch Apps for our apps like the Futr Messaging App, and the concepts we’re able to play with using the Apple Watch form factor and feature set are truly limitless. The Futr existing iPhone app is already optimized for the Apple Watch, check it out: 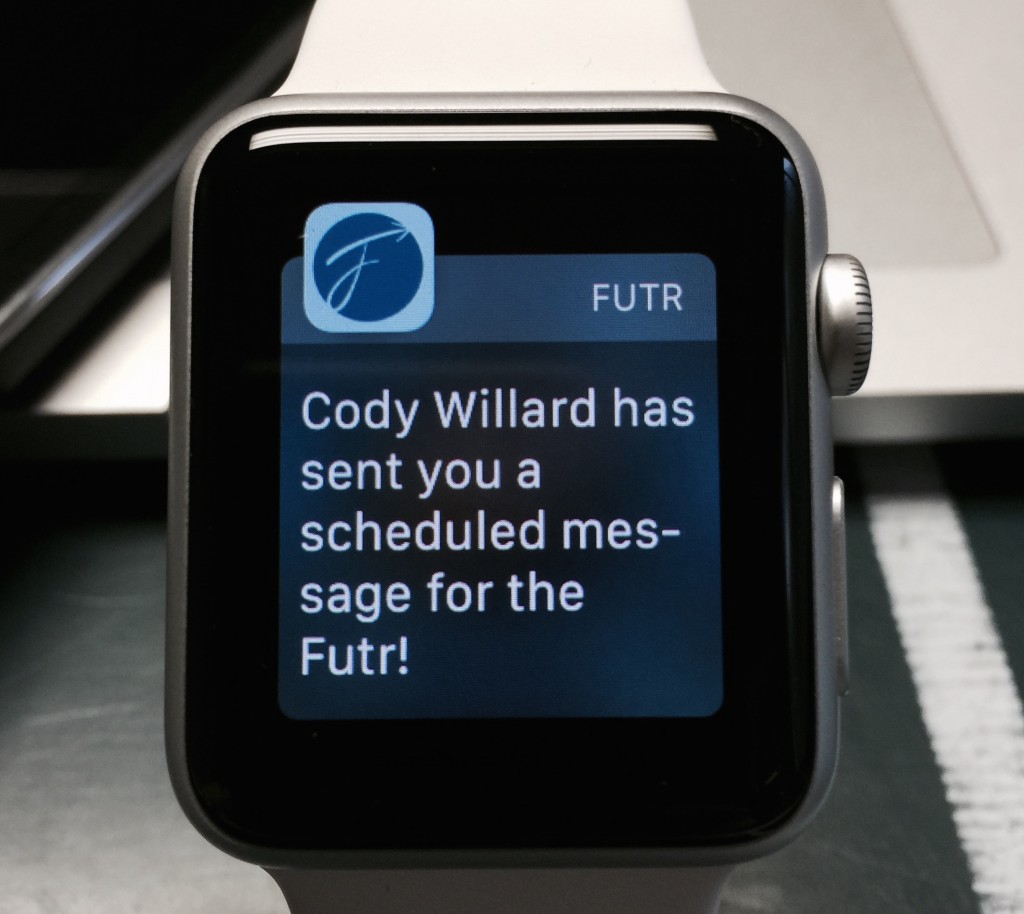 I’m also sending video reviews and snippets of the coolest features and apps I’m finding for the Apple Watch to my followers on Futr, so be sure to find me on there for more. Other, publicly-traded, App Revolution stocks already on the Apple Watch include Yelp, Zillow, Amazon, Nike, Twitter. No GoPro app for the Apple Watch yet, and that is yet another reason for me to wonder about that company’s long-term potential as it tries to pivot away from hardware.

Interestingly, Facebook hasn’t rolled out their Apple Watch app yet, though they have rolled out an Instagram app from that part of their company. I think Facebook CEO Mark Zuckerberg is trying to figure out exactly what features from Facebook’s media-rich platform will work best on the small screen and quick interactions of the Apple Watch. On a side note, I do like seeing that Zuckerberg is continuing to let Instagram be its own entity.

I’m literally betting my stock portfolio, the companies I help run and invest in privately, my career, my time and my energy on the App Revolution’s second, and larger phase, the Wearables Revolution and the Apple Watch has fully reminded me why. I’m currently downloading and playing with scores of Apple Watch apps and I’ll be back later this week with a review of the Best Apple Watch Apps for Investor. And just as important, I’ll have a full article next week on the Best Apple Watch Stocks for every Revolution Investor.

Another tech revolution creating trillions of dollars in value for our economy in coming decades? Oh, wait, maybe it is the economy after all, stupid. LOL

Best time ever to be investing in revolutions
Reasons why you shouldn't start trading bitcoin or invest in any "hot" ICOs
Personal Note: I'm exhausted, emotionally and mentally
Random Thoughts
Everything You Need to Know About Scutify