Hi all, and thanks for asking and caring about our daughter Amaris who was born 3 weeks ago with Trisomy 13. Amaris’ surgeries yesterday went great. She has a Gtube and a Trach and we actually got to see her face for the first time clearly yesterday. Still a lot of recovery and time to be spent at the hospital in ABQ, but we are hopeful and praying that she will get to come home with us at some point in a few weeks. 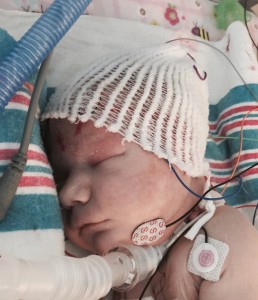 So, is that it? Is Greece, the Greek debt crisis and the potential of Grexit all behind us? We got a 5% or so pullback in the markets as the latest batch of the endless Greek debt crisis kept fermenting over the last month, but we never did get a full panic here in the US.

Greece is now, once again for like the 4th time in the last six years, on the backburner. But once again, the Greek and the EU governments have colluded to screw over the Greek people for as long as they can get away with, kicking this unsustainable amount of debt down the road for another year or two. But the Greek debt crisis will be back and we’ll have to deal with this whole “emergency resolutions and negotiations” again in a few more quarters. But let’s move on from Greece for now at least….to China.

First off, even after the big crash that Chinese stock markets seemed to have recently finished up, they are still up huge this year, up double over the past 52 weeks. They are also still “regulated” and very much controlled by the Chinese Communists.

Do I have faith in the Chinese system of finance, transparency, rule of law and economics? No, not in the least.

I think it’s a bad idea for US-based companies to build factories in China, as I think those factories will likely be nationalized and otherwise confiscated at some point in the years or decades ahead as China’s Communist Party scrambles to keep power and control in years ahead.

So Greece is off the table again for a few quarters but China’s a wild card. I don’t know how anybody can try to game where the Chinese stock markets are headed for the next few weeks, as the forces of panicked retail investors versus the Chinese Communist Party and US/EU governments battle it out. I’d rather stick with owning the best Revolution Investment stocks on the planet, hedging with some short positions on sorry tech companies and crappy food stocks and keeping our focus on the big picture.

I often talk about how even daytraders need to have a plan for the next 5,000 or 10,000 days of their lives — looking out and developing a game plan for their portfolios and their money and their livelihoods for the next 10 to 30 years. And on that note, you can see why I am so against the idea of risking our hard-earned money in places where governments are torn with local politics and rule of law is less a rule than a suggestion during good times to keep the status quo in place as long as possible.

Google – The stock’s been on fire for the last two days, hitting its highest levels since April. I had bought more GOOG common stock when it had dropped below $500 a couple months ago and it remains one of my largest positions. Android and monetizing mobile revenues from those hundreds of millions of people who use Android is the key to Google’s next 5-10,000 days.

Facebook – The stock is, as I type, hitting yet new all-time highs again, with a market cap of over $250 billion, the fastest company in history to reach that valuation. We loaded up on Facebook back when it was near $20 per share, when it’s market cap was about $55 billion. I haven’t trimmed my personal FB position since last October when it had hit $80 per share and it remains one of my largest holdings. I will probably trim some of the FB common stock soon, just to be disciplined.

Sandisk – Sandisk has fallen under the Micron shadow and I’m anxious about this upcoming quarterly report on July 22. The sentiment and the stock price for Sandisk are down and if the results are even just “okay,” there could be a 10% or more pop. Of course, if Sandisk’s report is as bad as Micron’s was a few weeks ago, SNDK has the potential to fall 10% too. The big risk into earnings is whether or not Samsung has been unloading their flash components at cut-rate prices since they aren’t selling as many Galaxy smartphones and tablets as they used to and probably therefore have a glut of flash storage components in their supply chain. We took some profits near the highs last year and our original cost basis on Sandisk was back in the $40s, but I am disappointed in both the company’s ability to navigate its markets and in my own analysis for having missed the top. Mea culpa. I am holding my Sandisk common stock steady for now.

Never make a trade for trading's sake
Trades for the week of August 27th through August 31st
How to Invest in The Space Revolution or: Here Comes the Space Stock Bubble
Historically-speaking...
Thoughts on Steve Jobs' passing and his 10 best presentations of all time