I’m going to be on the road next week in NYC speaking at The Traders Expo, being interviewed here and there, taking a few meetings and seeing old friends, so don’t expect too many lengthy filings, though I will be trading as usual and will send out a Trade Alert on any trades as usual. If you’re in the NYC area and would like to get together next week, shoot me an email and I’ll see if we can make it work.

I think it’s good for me to share when I work on a trade that I choose not to do, and here’s one this morning. I looked at Devon Energy after seeing it price a huge secondary, which sometimes can put in a floor for a stock. Alas, I just can’t believe how bad the balance sheet is and how the company looks to be selling almost out of desperation.

I used to tell energy company CEOs who came on my Fox Business show, Happy Hour, that they should always consider doing secondary offerings to raise cash and cut debt when their stocks are up 3-fold or more and not mess with stock buy backs. Liam and I have searched YouTube for a video of me talking this does exist, but we can’t find it.

Anyway, I was thinking about that when I saw the huge 69 million share secondary that Devon Energy just did at $18.75 per share, setting a new multi-year trading low (since surpassed) earlier this week. With the stock down 75% in straight line and even more than that since its 2012 highs of $93, I got to wondering if this natural gas company  was guilty of having bought stock in years past. Devon has $11.4 billion in debt vs $1.7 billion cash on the balance sheet as of the September 30, 2015, so surely they wouldn’t have been spending money on buybacks when the stock was at all-time highs, would they?

Alas, as you can see in the chart below, courtesy of Vuru.com, Devon spent billions of dollars buying back their own stock over the last few years when the stock was much, much higher than today’s levels: 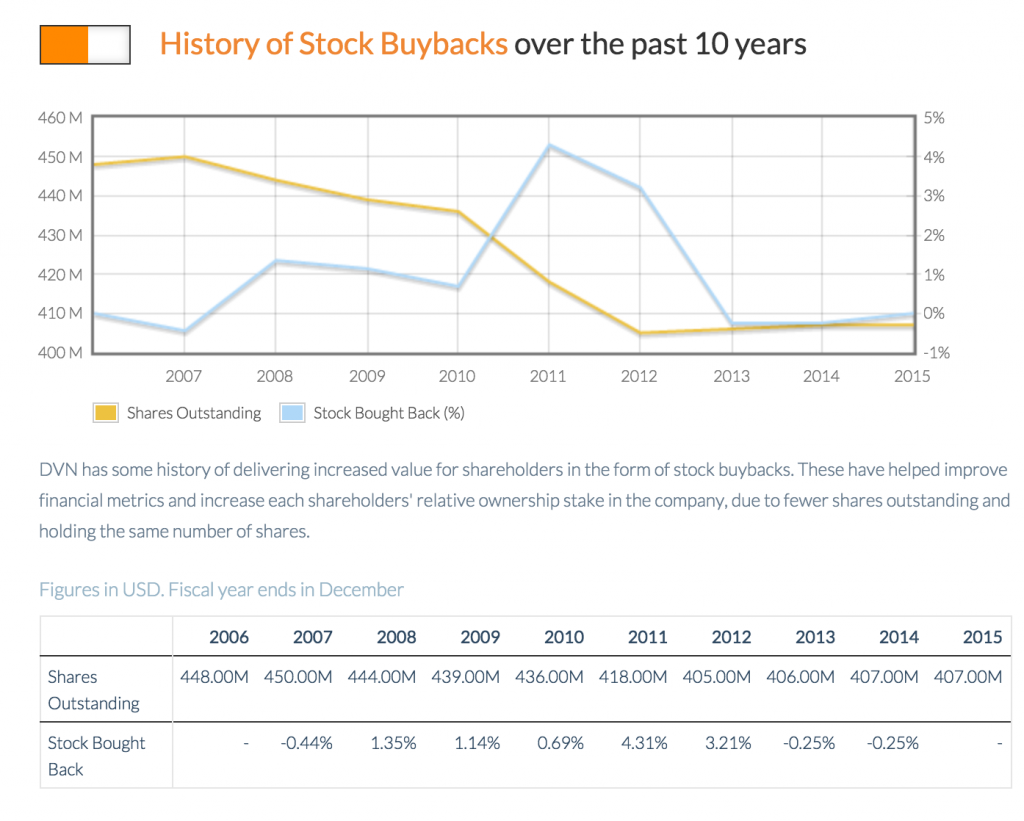 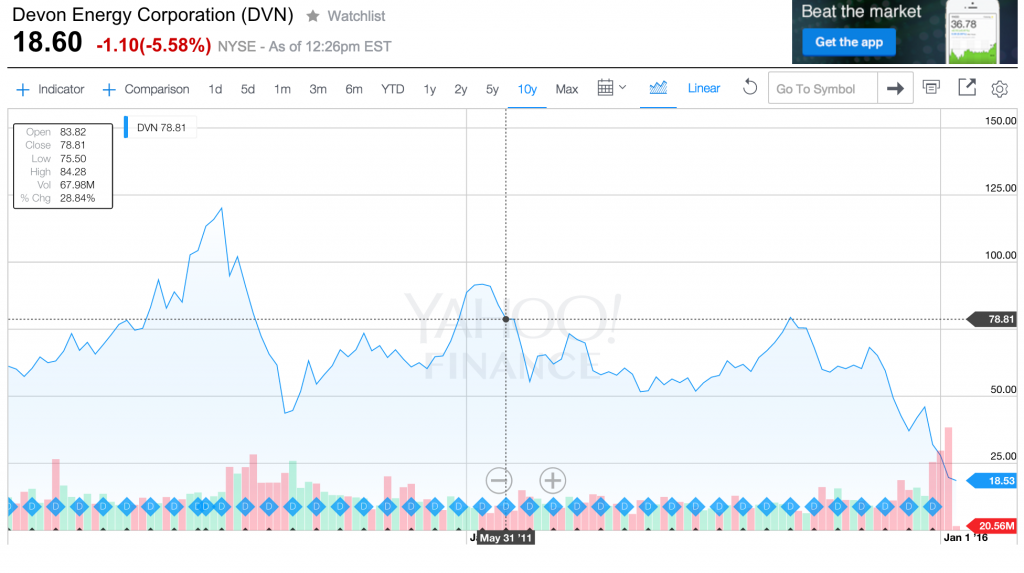 Managing multi-billion dollar companies and their finances is very hard, and I am not trying to pass any judgement on this company’s cash management. Well, except to judge that I don’t want to invest in this stock. Not with that kind of debt still on the balance sheet and because there are still so many likely bankruptcies in the energy sector still to come. For a year now, I’ve been saying that we Don’t buy energy stocks until the bankruptcies start.

And like I said in my recent book, Stocks Wanted for 2016, “I was disappointed but not surprised that every single energy and other commodity stock requested for me to analyze for this book was highly leveraged and in trouble of being able to handle that debt in the next few quarters.”

I just can’t can’t believe how bad most of the energy companies’ balance sheets are.

A few other notes for you:

Now this is a nice chart, showing revolutionary secular growth. From headlne.com: E-commerce sales as a percent of all U.S. sales continue to climb, to 7.5 percent in Q4 – http://www.headlne.com/hdl/700…

The AI Revolution is going to be huge! Facebook is teaching its AI to read ‘Alice in Wonderland’ https://t.co/OYK3ViTwzE

Random thoughts, good reads and other notes
Celestica also reported some very strong...
Like most traders today, most of the pro...
Trades for the week of June 25th through June 29th
Gold contrarian idea, Approach for new subscribers, Intel, Verizon, 5G and more