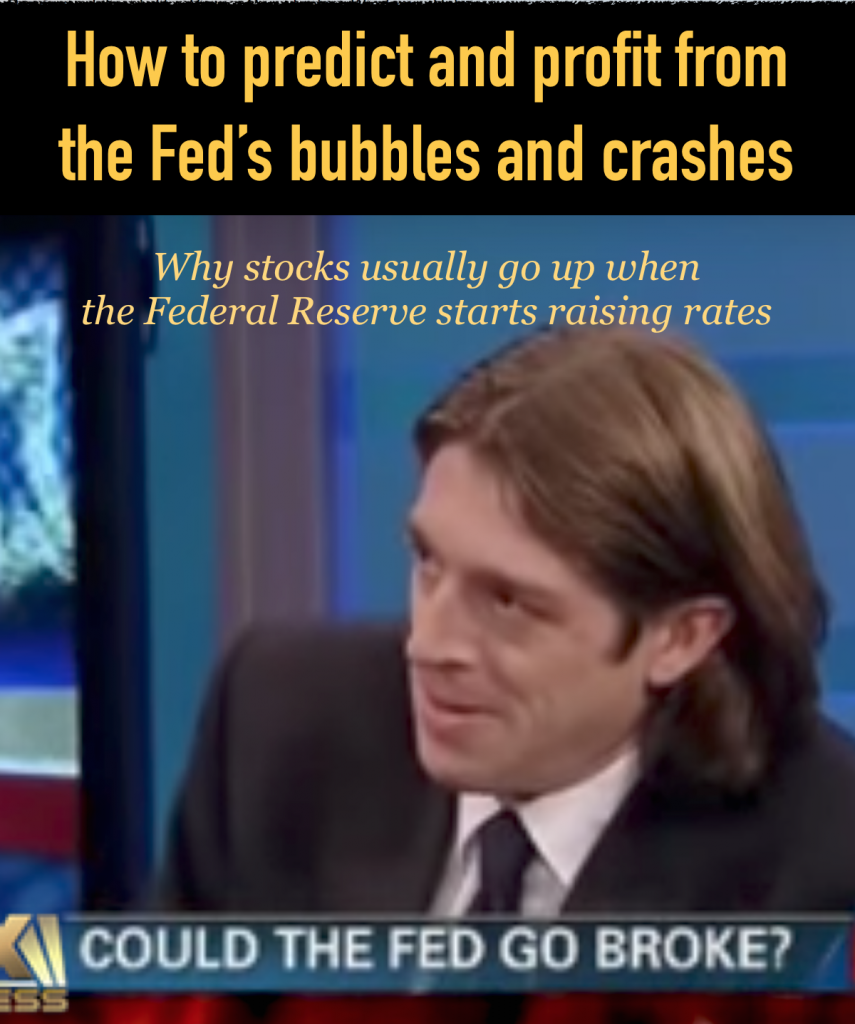 What if everything you read and hear about the Federal Reserve, rate cycles and the stock market is all wrong? It probably is. It sure has been for decades.

So many money managers, hedge fund managers and home investors have told me that the stock market is in big trouble because the Fed is finally about to start raising rates. Everybody on CNBC and Fox Business and Bloomberg will tell you a litany of reasons why it’s supposed to be a Very Big Deal and Very Bearish that the Fed’s raising rates.

Likewise, you would have wanted to be in stocks when the Fed was in a tightening phase from 2003 to 2007, while you would have wanted to be out of the markets or even short stocks when the Fed was easing again from 2008 and 2009. Long-time Trading With Cody subscribers remember that, as I explained in 2012, the Fed has been cutting QE since 2012 or so which was essentially a move into another tightening phase and, once again, stocks boomed.

I’ve been explaining why this seemingly now-outdated theory that has become conventional wisdom is all wrong for more than a decade now. If you want to understand the driving forces of our modern day economy and, more importantly, driving the stock market and how to know when we finally need to get bearish again — read on, as we’ve collected the most relevant and important reports we’ve published since turning bullish back in 2009 as the economy and stock market did indeed bottom, as we’d predicted using these same theories back in 2008, just as we’d used them to turn bearish and sell almost all our stocks back in late 2007, right near the top!

Be sure to catch the conclusions and additional new commentary on pages 30 and onward. Read on and let’s see where our advantage lies…

Click the link below to download the 40-page report in PDF form or email us at support@tradingwithcody.com and we’ll send it to you.

How to predict and profit from the Feds bubbles and crashes

Trade Alert - Lots of Apple analysis and locking in some profits on the bankster shorts
Cody Kiss & Tell: Google drone cars, Twitter trade update, and what Apple really needs to come out w...
Highflying stocks: Nemesis for the hubristic coming sooner rather than later
New names coming next week and what I expect for bitcoin and cryptocurrencies from here
Elon Musk, Alex Jones, Apple vs Amazon vs the World, The Great Crypto Crash continues and more