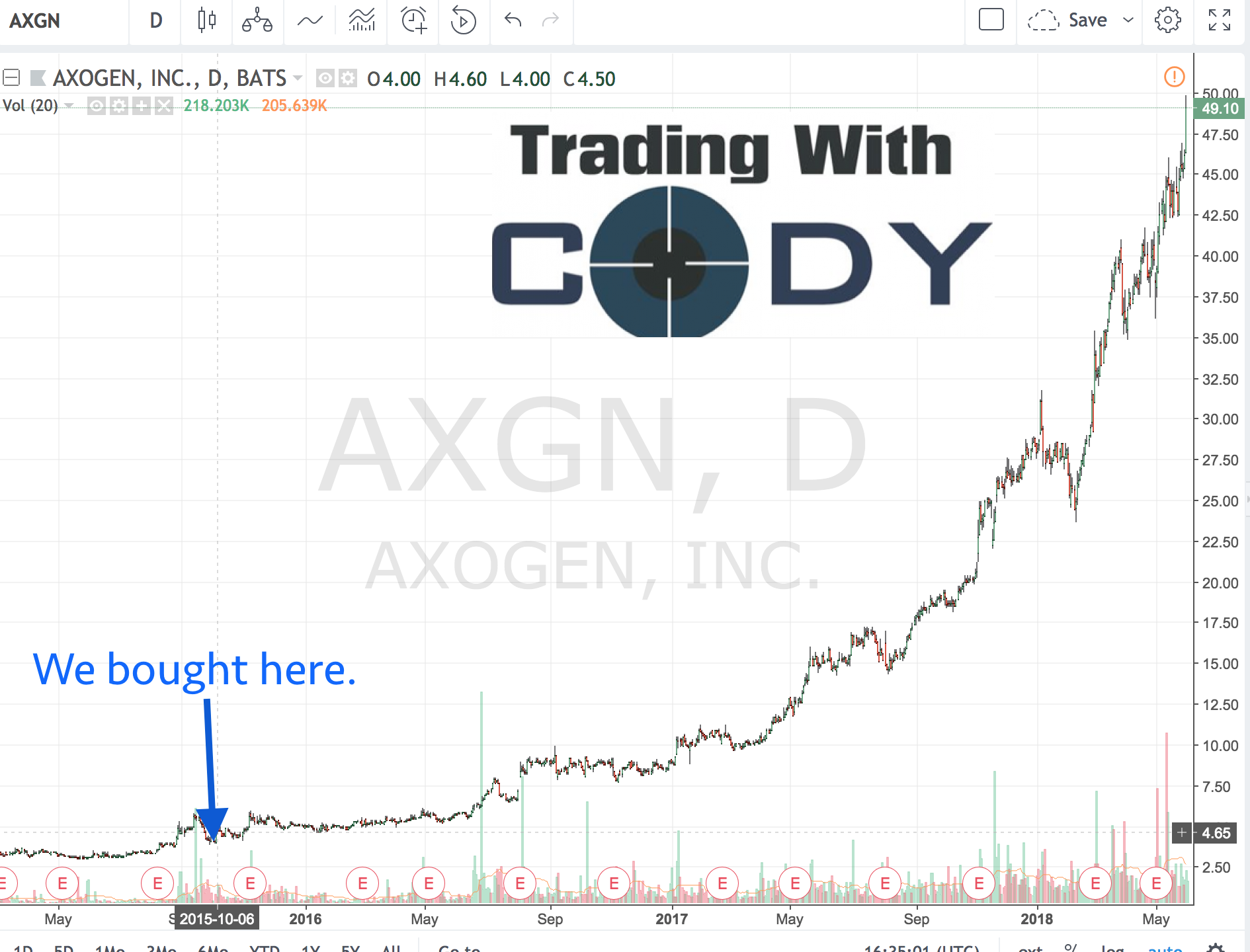 Here’s the transcript for this week’s Live Q&A Chat.

Q. Hello Cody…you had mentioned you are also working with a crypto startup….are you going to let the subscribers in on the opportunity if they plan on doing token sale or some equity offering? Thanks.

A. Of course, I’ll let Trading With Cody subscribers know that the crypto startup and if/when they can invest in it. The company is just doing institutional money raise for their crypto right now.

Q. Also, since you are a former basketball player….did the Rockets choke ? or was it rigged ? bad coaching ? how can a pro miss 27 straight 3s ?

A. I lost all respect for James Harden as a player. He was painful to watch. His dumb turnover at the end of Game 7 was as bad as Mark Jackson’s overhead pass that lost the Knicks the 1994 NBA Finals. But his horrid shooting was so horrid that’s all anybody can talk about. I wanted Chris Paul to win, but now I just hope he gets out of Houston asap!

Q. What is your opinion of Steller vs. Ripple? Both of them are trying to become a payment processing company. What stops Visa or Swift in implementing blockchain. The critical factor is trust and not technology.

A. I own Stellar Lumens, don’t you know? Please see https://tradingwithcody.com/2018/04/23/trade-alert-buying-a-tiny-bit-of-this-cryptocurrency/. Both are potentially huge. And both could be killed if Visa or Swift do blockchain and do it soon and do it well. Whoever hits critical mass in the blockchain payments processing platform arena will be worth hundreds of billions, IMHO.

Q. Since you have mega gains on your assets. How much of that plays in your selling model? Why pay uncle sam 30% if I do not think it will go down by 30%.I struggle with this so I was hoping for some advice here. BTW: I have learned a HUGE is just one year for you. THANKS.

A. Thanks for the kind words and glad you’ve been around for a year now. Many of my subscribers have been reading for me for 15 years or more. A. I don’t let tax concerns dictate my trading/investing strategies. I have seen Apple, Google, Facebook, Amazon and every other stock that’s been around for years, go down more than 30%. At times, even the best stocks will get hit for 50-70% when stock markets crash, for example. I try to minimize my taxes as best as I can, but if I sell something for gains, I pay my taxes and move on.

Q. In the world of us all staying cautious, as you advise: if today I wanted to basically start fresh with adding some puts — what new timing and strikes would you advise? And which sectors (more than one if you feel that’s advisable) for maximum protection in terms of your view of where the most significant negative move(s) might occur? I’ve been in/out (with various results, considering) of QQQ, SPY and IWM based on your advice. Where now? — again, starting fresh. Thanks for everything.

A. You know I’ll let you know if and when I think puts look appealing again. Not in a rush. Patience for now.

Q. Cody- we all know you like Verizon as a 5G play. The stock has stalled for awhile now and wondered if you know when they will begin 5G implementation and when that will start to translate into earnings and move the stock?

A. Technically speaking, VZ’s stock has been stalled for years. They are implementing 5G in test urban locales right now and will be rolling it out over the next few years. I don’t expect VZ to spike up anytime soon. But I expect it could double or triple over the next three to five years if they do 5G aggressively.

Q. Cody Have you by chance taken a look at Skyworks Solutions $SWKS lately? Despite their underperformance the last few years, they are still growing over 10% a year and seem well positioned to benefit from the 5G roll-out. Their business looks to have exponential growth ahead connecting all these devices and they are forward P/E trading around 14. They still have $AAPL as their main 35% of revenue customer, which is risky being so heavily concentrated. Yet the IOT side is growing upwards of 20% annually all the while carrying no debt. Seems a decent potential vs the many stretched stocks you speak of….. Side note… 3 years for Amaris, WOW. what a remarkable accomplishment for you all and it clearly shows the power of will and fight!! Much confidence I will be writing this same type of acknowledgement again and again.

A. With Apple being 35% customer, they bring lots more risk than just owning Apple. Why not just own Apple if you’re betting on Apple? Thank you so much for the kind words about Amaris. She’s amazing and we are so proud of her and her big sister, Lyncoln.

Q. Cody, Pandora — in your latest report, you’re still doubtful about the new Kool-Aid and say you’re staying with your current short. I agree. My question: I no longer am holding any $P shorts. For a guy with nothing currently invested in their downside, would you recommend adding some new shorts at this level? I’d like to –with your OK. Confident enough that it’s Kool-Aid? Thanks.

A. I can think of worse ideas than adding to a Pandora P short, but I’m not doing so personally right now.

Q. Question: As you know, the SCOTUS recently struck down the ban on commercial sports betting in most states. Is there an investment angle that we can get out in front of? Let us know your thinking. Best Regards.

A. I sent an article about how some of New York’s Indian casinos are making sure they get their foot in game to my old friend who is Vice President of the Mescalero Apache Tribe. I hope they get some of that sports betting action. Other than that, not really. I don’t like to invest in gambling-related themes because gambling is not a productive industry for our society or prosperity.

Q. Cody, any thoughts on Iqiyi?

A. Okay, first off on Iqiyi (stock symbol IQ). Yahoo Finance profile for the company is as follows: “iQIYI, Inc., together with its subsidiaries, provides online entertainment services under the iQIYI brand name in China. The company operates a platform that provides a collection of Internet video content, including professionally-produced content licensed from professional content providers and self-produced content. It provides membership, content distribution, live broadcasting, and online gaming services. The company was formerly known as Qiyi.com, Inc. and changed its name to iQIYI, Inc. in November 2017. iQIYI, Inc. was incorporated in 2009 and is based in Beijing, China. iQIYI, Inc. is a subsidiary of Baidu Holdings Limited.”

So, first off, I don’t like investing in Chinese companies because I don’t trust their finances, their regulatory system or much of anything else. Second of all, there’ something to be said for the Peter Lynch rule about investing in what you know. Unless you live in China, you can no idea what kind of usage or demand or popularity for any of IQ’s models. Finally, the company is a subsidiary of another Chinese company (Baidu, which I’ve written bullishly about in the past and called the Google of China years ago. But still…) a Chinese sub or a Chinese conglomerate? No thanks.

Q. How about Huya?

A. As for Huya, just plug Huya in for Iquiyi and YY in for Baidu and you have the same answer of No Thanks. “HUYA Inc., through its subsidiaries, operates game live streaming platforms in the People’s Republic of China. Its platforms enable broadcasters and viewers to interact during live streaming. The company also provides advertising and online game-related services. As of December 31, 2017, its live streaming content covered approximately 2,600 games, including mobile, PC, and console games. The company was founded in 2014 and is based in Guangzhou, China. HUYA Inc. is a subsidiary of YY Inc.”

A. Correct, I think Alibaba seems like an incredible company, but I don’t like to invest in Chinese stocks in general.

A. I don’t like being a paypal customer at Trading With Cody, but I’m locked in. I wouldn’t invest in PYPL though.

Q. what do you think about Nokia (NOK) as 5G play? Thank you!

A. NOK has so many legacy products and so many moving parts, I don’t like it.

Q. Hi Cody. What about FIT down here?

A. I have no interest in FIT as I don’t trust the management’s ability to execute.

Q. Also, any marijuana stocks you would nibble at? I know they are wildly expensive but you have to figure a few of those companies will be big winners. CGC Canopy Growth. Aurora Cannibas ACBFF are the two big players.

A. I haven’t done much work on the marijuana stocks lately, but it’s time I take another look at them. I’ll do a full report on the industry and its stocks in the next few months.

Today's Revolution Investing links
Pandora's shifting box and other notes
Remember how scared you were last week when the markets were crashing and Europe was supposed to be ...
Markets, Stocks, Gold, Platinum, Netflix and more
See into the future