I used to do these “Not So Random Thoughts” with headlines and my Revolution Investing commentary often and I think they are a good way to keep a broader picture of the markets, economies, politics and world. Let’s run through a few headlines to kick off the week.

Here’s an Los Angeles Times article from eight(!) years ago giving me credit for being the first to predict that Apple would have a trillion dollar market cap, back when Apple’s market cap was about $200 billion. Apple: The first $1-trillion company? January 4, 2011 – “MarketWatch’s Cody Willard was about four months ahead of Altucher on the $1-trillion call. He predicted in September 2010 that Apple stock would reach $1,000 before 2015, which would get the company close to a $1-trillion market capitalization, assuming the outstanding share count.”

Apple CEO Tim Cook says iPhones won’t see a tariff amid China trade tensions: ‘I just don’t see that’ – If Tim Cook thinks he can predict what will and what won’t be affected by The Escalating Global Trade War, he should go watch Fog of War. Collateral damage, friendly fire, unintended consequences and other nightmares of war strategists are bound to have their financial parallels in Trade Wars. It won’t be this year, but who knows what will be targeted and affected by The Escalating Global Trade War in coming years.

Here are the best new updates coming to your iPhone and iPad in iOS 12 – Screen Time is very smart and I can certainly see millions of parents, including me, to better gauge and control our kids’ device consumption habits. Faster is better too, of course. Any improvements to the painful-to-use Siri is certainly welcome if late coming. Better messaging/group features and notification improvements, etc are all fine. Revolutionary? Not quite.

Under Armour: Here’s a Bullish Take on Profitability – UA has now doubled off the lows where we were buying it a few months ago. I’m likely to trim some, if only to be disciplined and lock in some profits. That said, if the company gets inventories aligned, releases a hit product or two — both of which would take margins and earnings higher — the stock could easily hit $30 or higher next year.

These signs show bitcoin may finally be bottoming, chart watcher says – Like, what do these cryptocurrency chartists think they are reading? Stock charts? Minds? The universe doesn’t reward randomly drawing lines on new fangled things you can trade and calling it Technical Analysis. Maybe TA works in stocks and other long-traded instruments that have decades of data to analyze. Cryptos are new, are unlike anything ever created or traded. Careful out there!

Microsoft Buys GitHub for $7.5 Billion, Moving to Grow in Coding’s New Era and GitHub Facts – In ten years, this open source-centric software company went from $0 to $7,500,000,000. Open source coding used to a Revolutionary Trend. Would it should anyone if Softee buying an open-source software company for billions marks the top of the open source trend? Anyway, there is still a lot of M&A activity around the world that, while it lasts, will help to keep stock prices and valuations supported.

Facebook Gave Phone Makers Vast Access to Users’ Data – When the news first broke about Cambridge Analytica and Facebook’s privacy crisis started to hit, I wrote an article called Four reasons this latest data problem is indeed a problem for Facebook, and in it, I wrote “Facebook’s already changed the rules and has (hopefully?) cracked down on outside access to user data. This ‘breach’ (Facebook says it ain’t no breach!) was (is) about Facebook data that’s three or four years old. That’s still no excuse and it still calls into question what other questionable privacy practices Facebook has in its rules about your data.”

Speaking of Facebook, here are a few pics from my oldest daughter Lyncoln and I having a Father Daughter night staycation last Thursday and Friday. 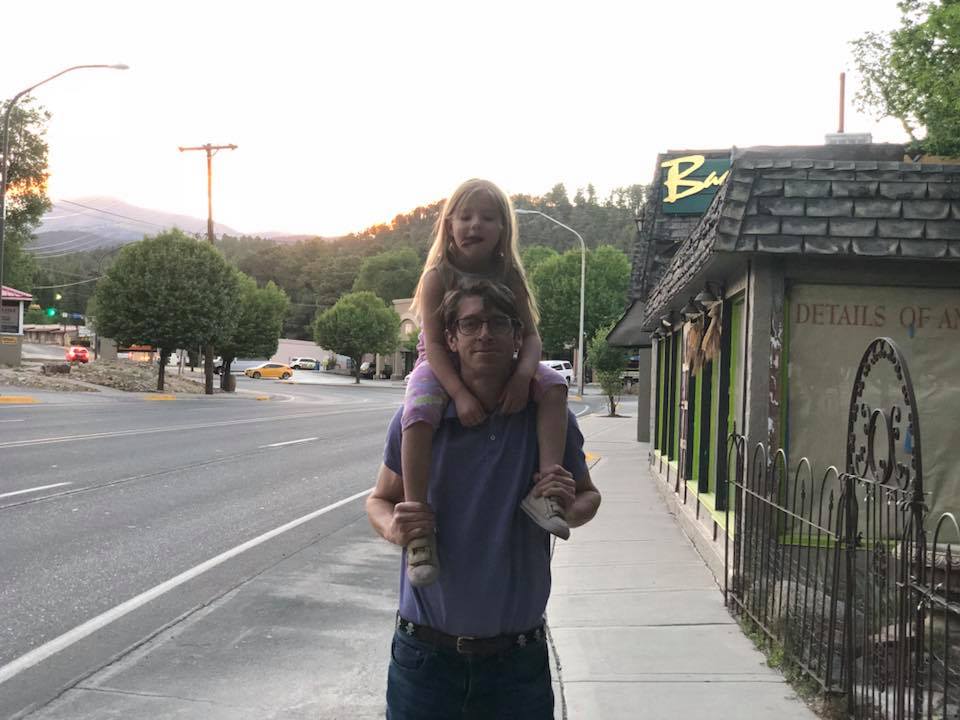 The DJIA is hitting multi-year highs...y...
Trade Updates
Chat transcript: Contrarianism is a way of life; the Fed is criminal; and updates of Apple, Sandisk,...
Algorithms, programs and processes for the new hedge fund
Why buy into apps? Why invest in the clo...