Let’s do this week’s Live Q&A Chat in the Trading With Cody Chat Room at 9am ET tomorrow (Tuesday) morning. But first, here’s some how-do-they-compare analysis that I like to do sometimes to keep my head around the size of some very important numbers which can yield some fascinating analysis.

Apple vs Amazon vs The World 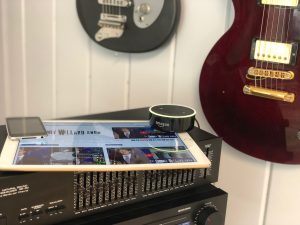 I own both stocks (and Alexa and Siri) and have owned both stocks for a long time (and Alexa ans Siri) and plan to keep on holding most of my shares of each (I don’t plan to use Siri much anytime soon, but I use Alexa many times most days).

On a related note, this headline about how Goldman Sachs expects our stock market to get $1 trillion boost via buybacks underscores how more than 1% of the world’s total gross economic activity (revenues, topline!) will be spent buying back global corporation’s stocks this year. If net earnings from that $90 trillion in global economy is probably at best 10% (the S&P 500’s average profit margin is 11%), that would mean that global corporations will spend the equivalent of than 10% of the world’s profits on buybacks.

So I’ll see you bright and early for this week’s Live Q&A Chat in the Trading With Cody Chat Room at 9am ET tomorrow (Tuesday) morning.Here’s some valuable commentary from the chat room community from over the weekend and this morning:

Notes on Travel, Recessions, Intel, Tesla and The Importance Of Cutting Camping Losses
Blackberry blows up (and corrected Trades of the Week)
Quick bulls, what’s the bear case?!  And...
Well, wasn't that exciting?  The DJIA fi...
The Electricity Revolution, The Election's Market Impact, Cannabis, Etc