I’m not a chartist, but boy do I have some cryptocurrency charts for you guys today. First, some history for newer subscribers –

I’d suggested readers/subscribers put up to 1% of their portfolio into bitcoin when I first started buying and making predictions for Bitcoin, back when it was around $125 in 2013 (see: “How to allocate your portfolio right here, right now” published on Marketwatch on January 6, 2013). Bitcoin went up 17,000% from there, peaking near $20,000 on the very day when I published my latest investment book, The Great Cryptocurrency Crash, predicting that:

“Most cryptocurrencies will be worthless in five years. Most small cap and/or penny stocks that are supposedly great ways to invest in these trends will be down 90-99% from the highs they’re spiking to in today’s mania. I would expect that as those shady ICOs and microcap stocks crash — and because the Bitcoin market has crashed several times in the past decade already, let’s call it ‘The Next Great Cryptocurrency Crash’ — that it will take even the best, most Revolutionary cryptocurrencies down with them, at least temporarily and it will most likely take two or three years to put in a real bottom. That crash will most likely come sometime in 2018 but perhaps not until 2019.”

Well, sure enough, that crash came in 2018 and while bitcoin is indeed down close to 70% from its all-time high set back nine months ago, most of the other cryptocurrencies are already down 90-99% from their highs. Here’s the year-to-date chart for bitcoin, showing that 70% crash: 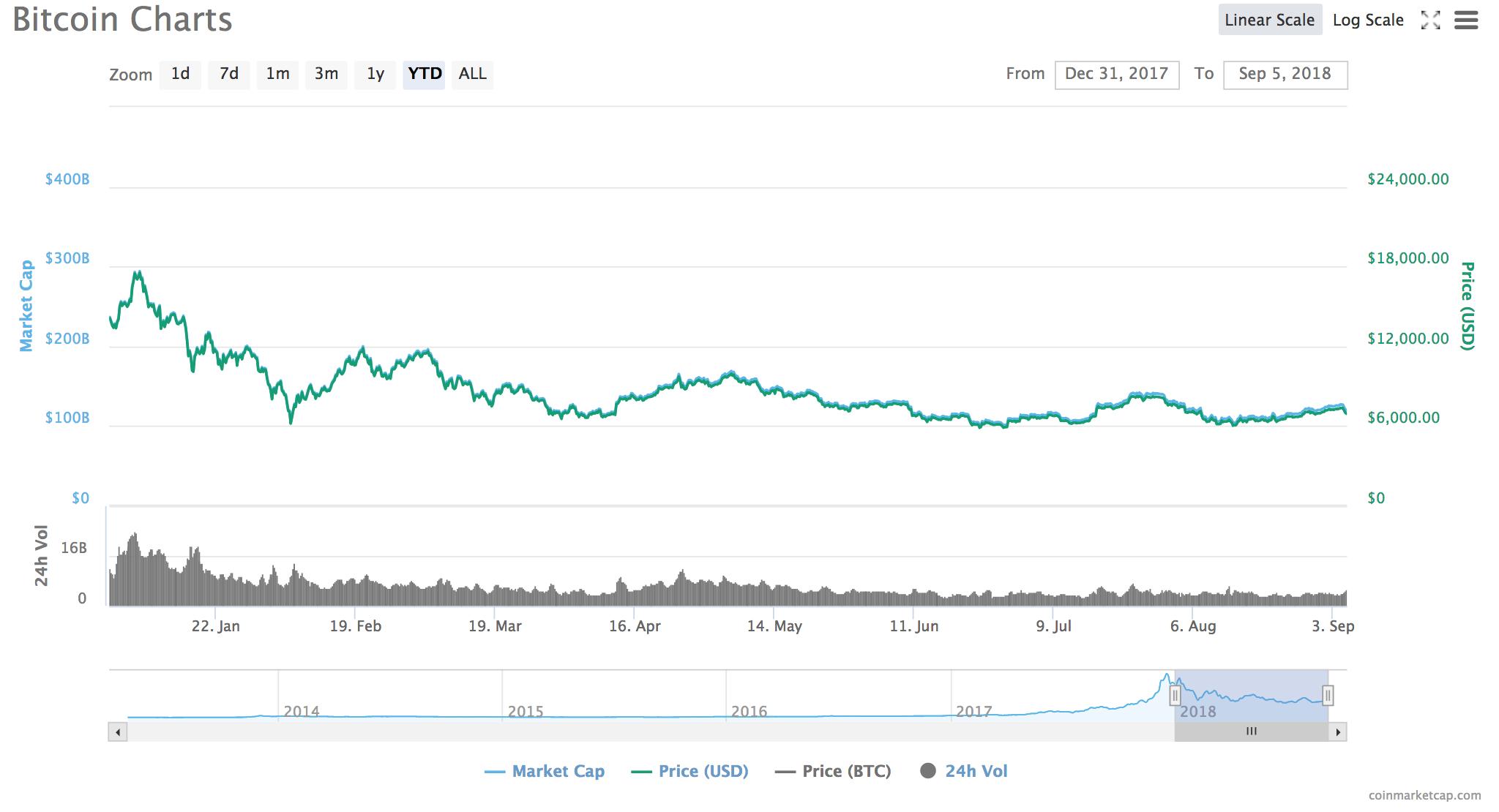 And here are some charts for some random cryptocurrencies I clicked on from the list of the largest 100 cryptocurrencies by market cap according to CoinMarketCap.com. Each of them shows a cryptocurrency that has dropped more than 95% from its highs near the beginning of 2018: 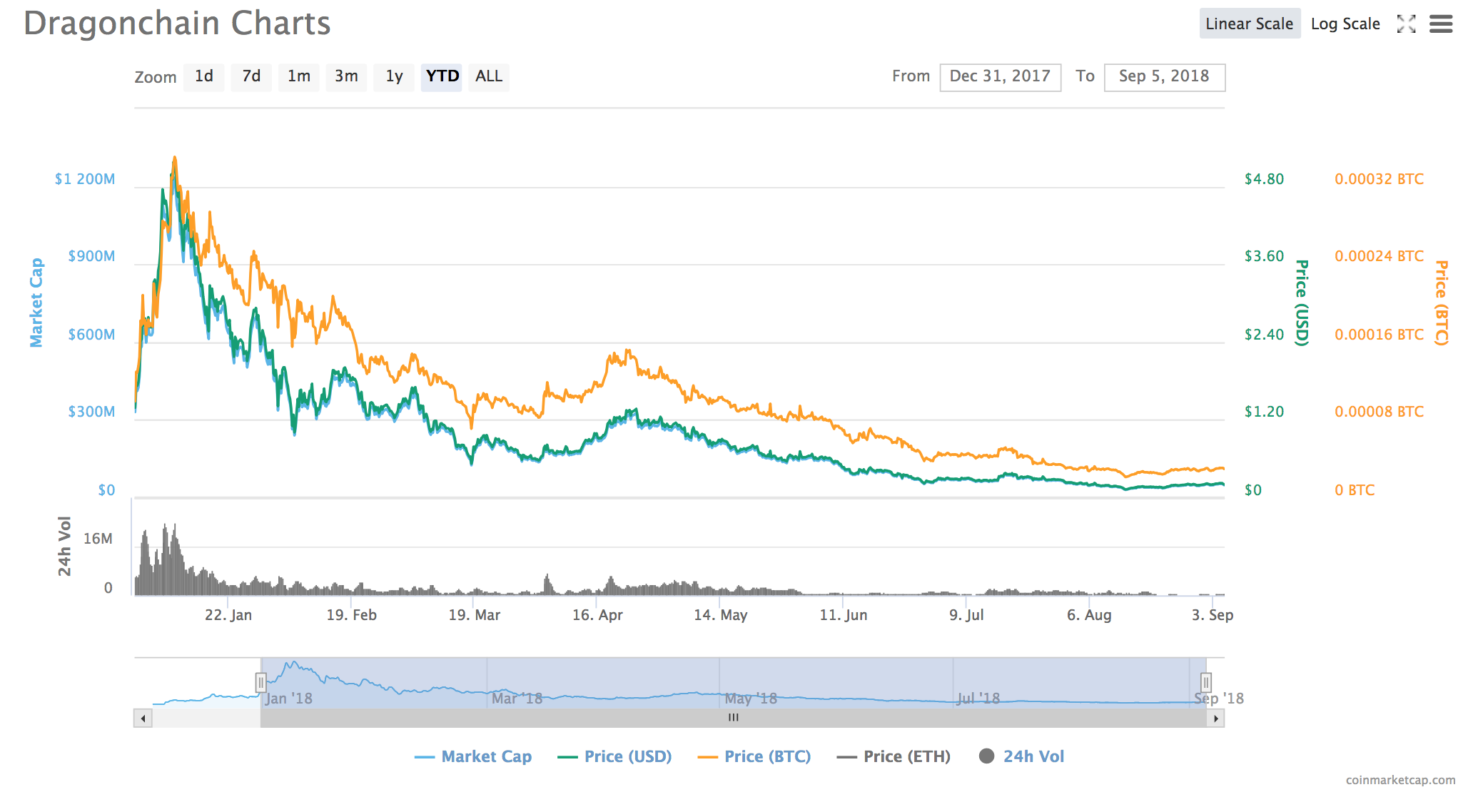 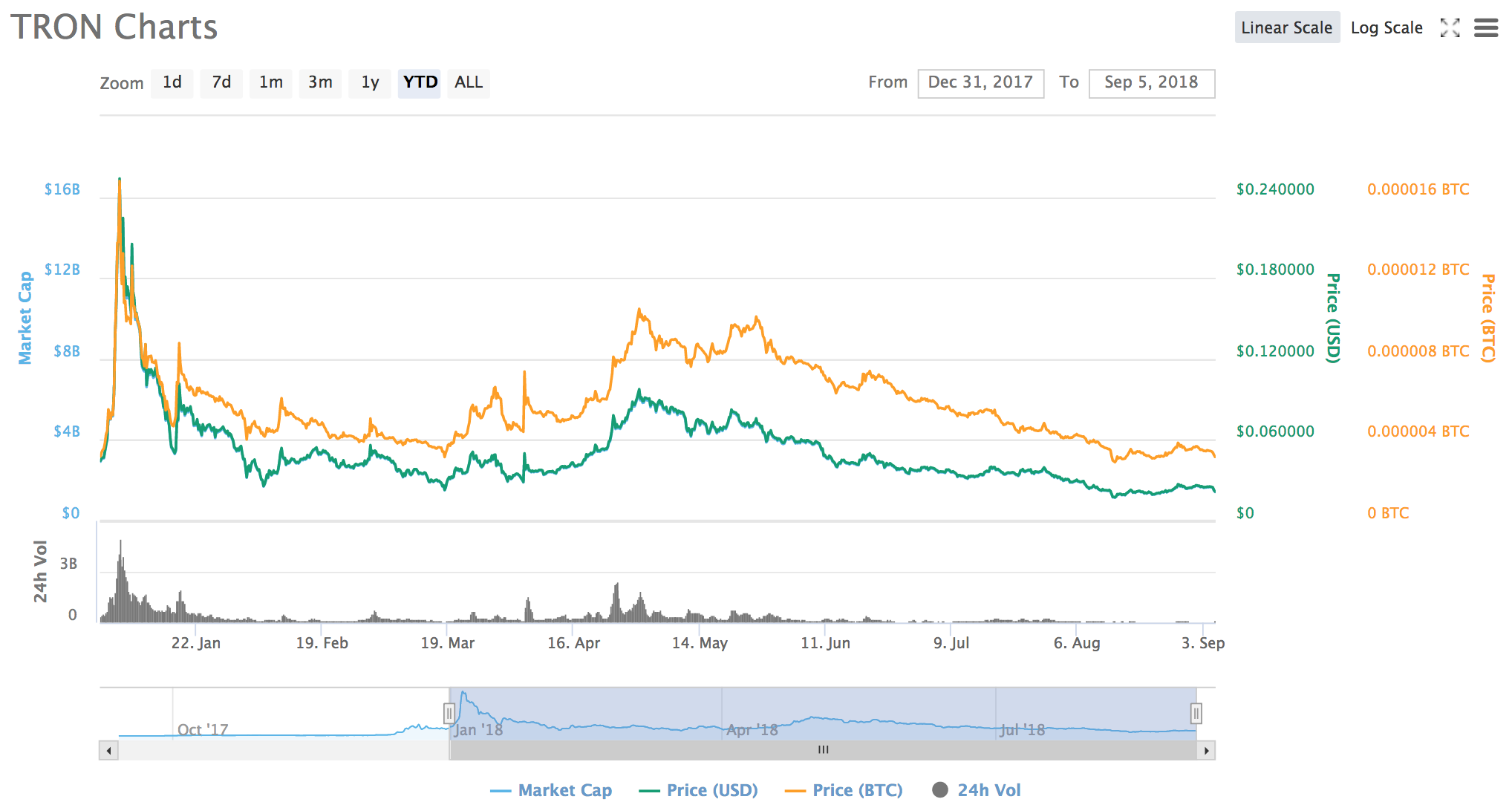 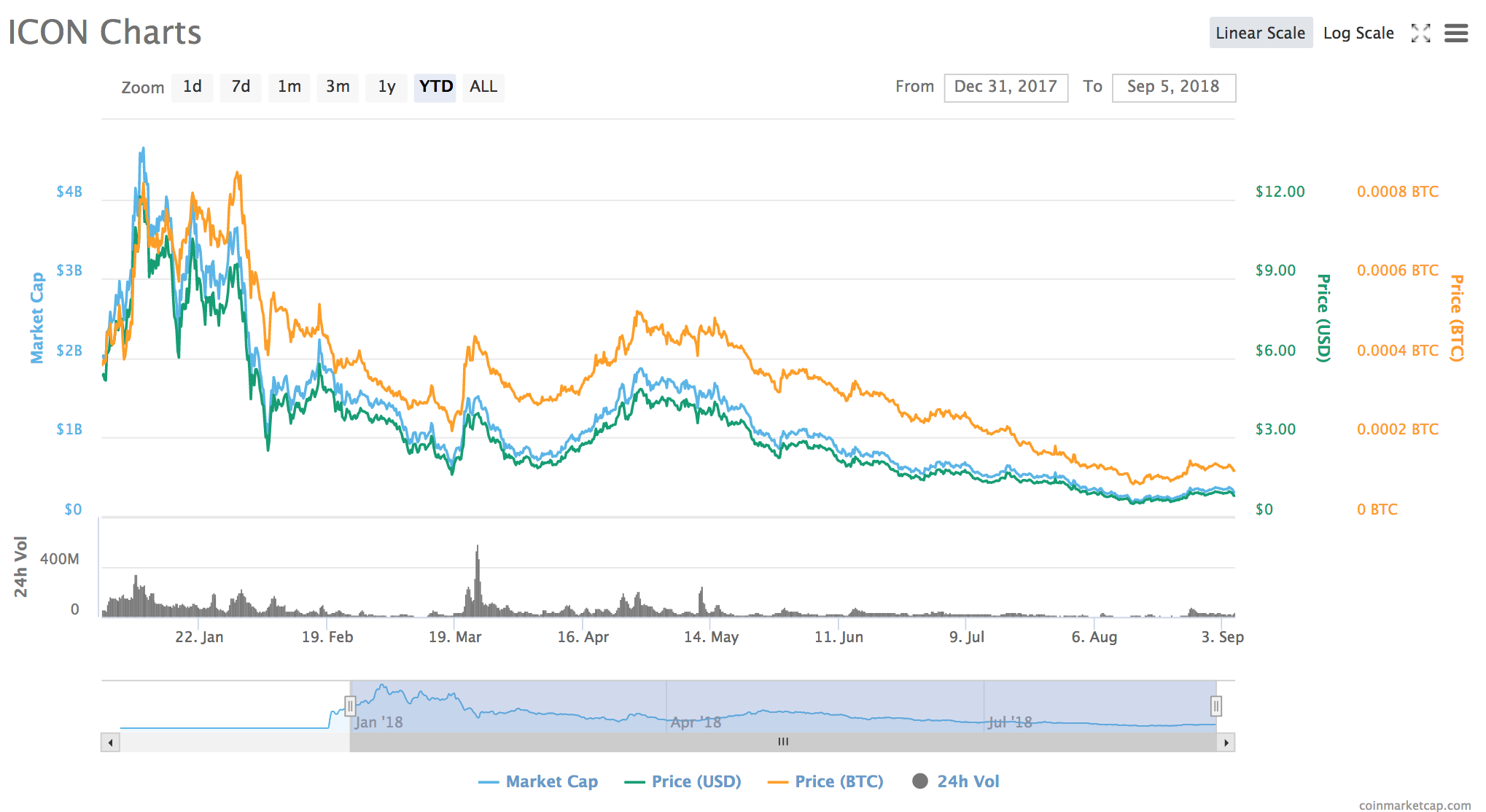 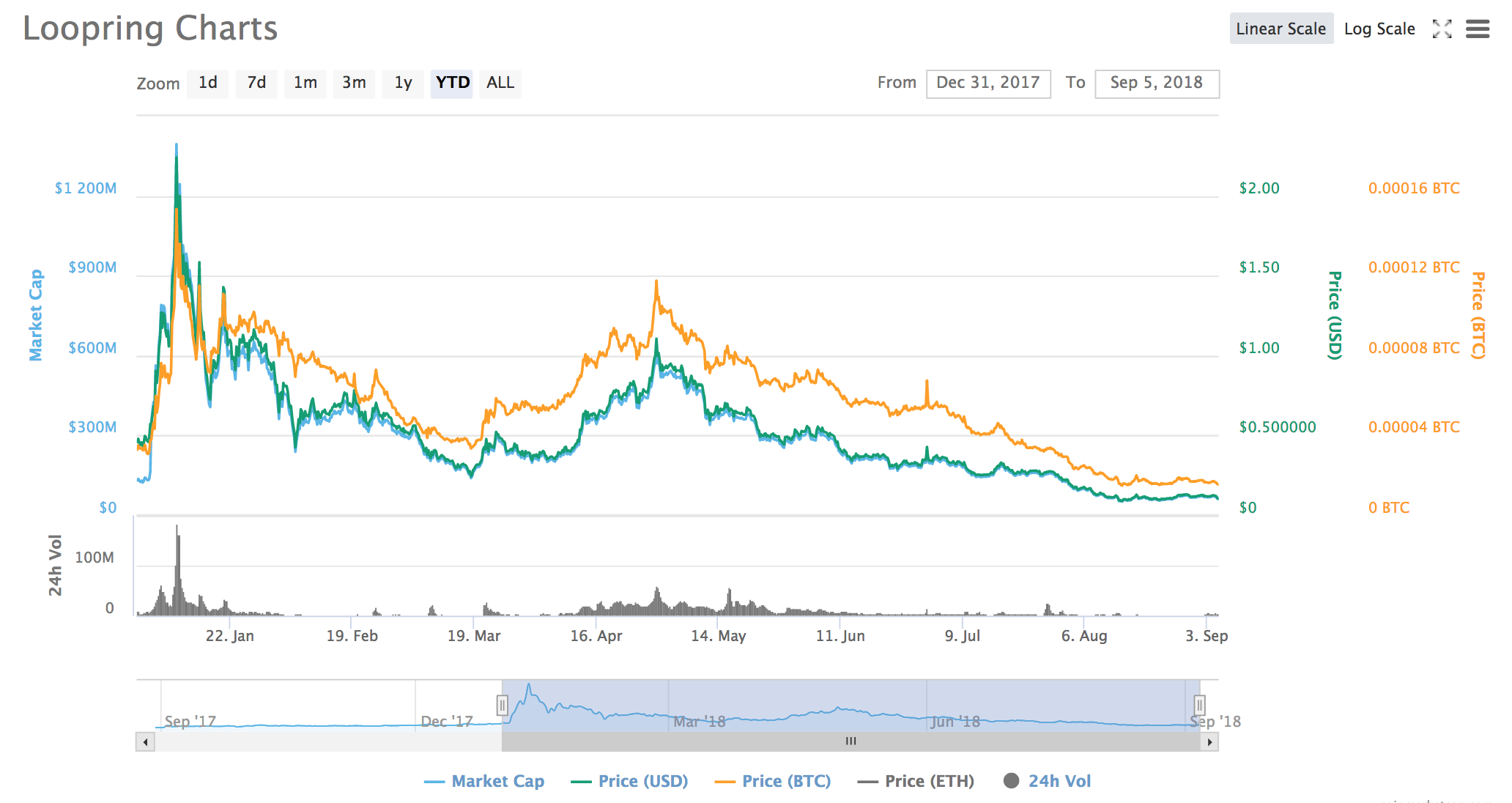 I know there are still people trying to chart cryptocurrencies, but I have to ask, again, why? In fact, three months ago on Facebook, I’d pondered why anybody thought they could make money reading cryptocurrency charts:

Cody Willard, June 5 2018 – What do these cryptocurrency chartists think they are reading? Stock charts? Minds? The universe doesn’t reward randomly drawing lines on new fangled things you can trade and calling it Technical Analysis. Maybe TA works in stocks and other long-traded instruments that have decades of data to analyze. Cryptos are new, are unlike anything ever created or traded. Careful out there!

Don’t try to game cryptocurrency charts, is my advice.

Let’s finish by looking ahead and what our playbook, laid out before this Great Cryptocurency Crash hit, says:

“And when The Next Great Cryptocurrency Crash happens — when you start to see some of these worthless ICOs getting sued in class action lawsuits from the people who are currently investing in them; when you see the shady crypto microcap stocks down 99% from their highs; when nobody wants to talk about bitcoin except to mock it — well, that will be the time to start loading up on those cryptocurrencies and blockchain stocks and technologies.”

Are we there yet? Nope, but as you can see in the charts above, we are certainly a long way into the process of the crash and are getting closer to the buying opportunity that I expect to take advantage of by buying back some bitcoin and scaling into a basket of cryptocurrencies that, as I put it in the book:

“There will be a few cryptocurrencies that turn out to be ‘Amazon’ while most of the other coins are Pets.com. In other words, most cryptocurrencies will eventually go to zero. I think most cryptocurrencies are a scam and a fraud. You shouldn’t touch them. And frankly, I’m not suggesting you go out and buy Bitcoins right now either. But in five to ten years I do believe we will be using cryptocurrencies of some sort. Probably Bitcoin, and maybe one or two others. A lot of trillions of dollars of transactions and tracking and changes in the economy will happen because of blockchain- the technology underlying Bitcoin.”

There’s a time and place for everything, right? I fully expect to get more aggressive in buying what I expect will be some of the “Amazons” of cryptocurrencies, but not yet. The crash is playing out as our playbook outlined. Stay tuned, folks, we’ll have more opportunities here before we know it!