Here’s the transcript from this week’s Trading With Cody Live Q&A Chat.

Good morning everybody. Ask me anything. Let’s start with a moment of silence for 9/11 observance. Here’s an old blog post that I wrote on the fifth anniversary of 9/11.

Q. Cody, do you believe the seemingly “selective banning” of certain users by Twitter will have any meaningful impact regarding users leaving the platform (to where Twitter is seen by many as having a negative / anti-free speech stigma)? Or because they are one of the only games in town, as you’ve said, they’ll continue to be just fine.

A. Are those my only two options and reasons? So to try to get a little perspective on what has certainly become fodder for partisan propaganda, I went back and did a Google search for “Twitter banned user” limiting the time frame from 2011 to 2014.

Here are some of the articles I found: Twitter Free Speech Champion to Selective Sensor? and Twitter Firestorm as site bans journalist for NBC Criticism and Luis Suarez banned! Twitter explodes and Twitter Users: A Guide to the Law. 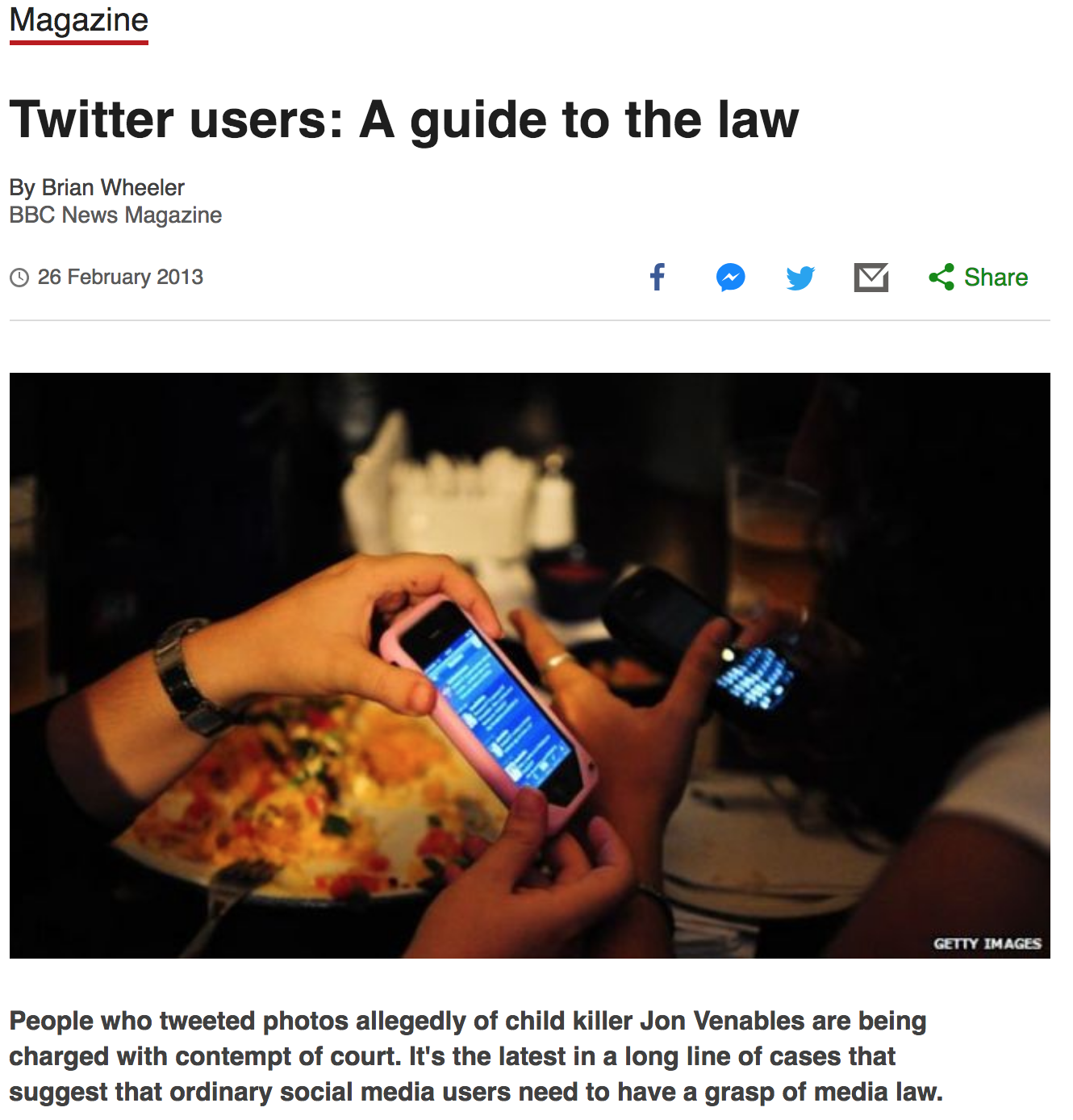 I also did a Google images search for “Twitter banned user” and limited the time frame from October 2016 to September 2017. There’s some interesting stuff in those images too.

So looking back at that stuff, I sort of think all of this is nothing new for Twitter or for any social media platform that might try to come along and take on Twitter and Facebook — there are no easy answers for who to ban, what to allow, what laws can be broken on your platform, etc. Twitter’s done a fine job navigating those hard questions for years now and I think they will continue to do so as well or better than anyone else.

Q. Cody Many said the semiconductor cycle just topped out. What’s your take? Any comment of CDNS and SNPS??

Boy, people do a lot of predicting the bottoms and tops of the semiconductor cycle, don’t they! Meanwhile, the usage and uses and of chips continues to expand and there has certainly been a secular growth to the industry for decades now and I would expect that to continue for decades to come as the world digitizes everything ever more.

As for CDNS and SNPS, both are growing about 10-20% topline and are trading near all-time highs at valuations of about 25x next year’s earnings. I don’t see anything to get particularly excited about in those two names at this particular time.

Q: Cody, sometimes I use SQQQ as a hedge as most of our holdings are Nas. I think last week or thereabouts you said shorting QQQ seems less complicated than buying SQQQ. Could you explain? Buying SQQQ seems simple to me. Thanks.

Here’s how the QQQ describes itself: “The investment seeks investment results that generally correspond to the price and yield performance of the index. To maintain the correspondence between the composition and weights of the securities in the trust (the “securities”) and the stocks in the NASDAQ-100 Index, the adviser adjusts the securities from time to time to conform to periodic changes in the identity and/or relative weights of index securities. The composition and weighting of the securities portion of a portfolio deposit are also adjusted to conform to changes in the index.”

Q. Cody, the silver price is reaching almost 9 year low, time to buy some silver bullion too? What do you think.

A. Long answer short: Yes. Putting a little month into some silver coins and/or bullion while it’s at $14 per ounce seems like a good long-term risk/reward investment to me. The problem with silver vs gold when it comes to buying some for the long-term is that you have to buy 90 ounces of silver to equal once of gold and storing thousands of ounces of silver would get to be unpractical for most people. I’d suggest having maybe 1/10th or 1/5th as much silver as you have in gold for the long term, but I do suggest people have a little silver to go with their gold.

Q. Yo Cody: what do you think about Tim Armstrong leaving Verizon? It seems like they’re ditching what they had planned for the Oath platform and further abandoning their media business… should mean further focus on 5g, no?

A. Yes, correct. We HOPE that Verizon’s Oath/content business gets sold at best or written off even.

Q. Cody Are you still in “basket mode” when it comes to buying beaten up cryptos or are we far enough into The Great Cryptocurrency Crash where will you be more selective and put more weight behind what you deem to be the stronger ones going forward?

A. Good question and one I don’t know the answer to yet, really. I do think Stellar looks like one we will want to add to again, but probably just not yet. We’ll see how things continue to shake out in cryptos and go slowly.

Q. Hi Cody, Hope that you and the family are well. What a joy ful video you posted… What do you think of BOX? Best to you.

A. Cloud storage. Good business. Would rather stick with the industry leaders like Amazon Web Services and Google Cloud and Apple and maybe Dropbox though. Without even checking, I am going to predict that BOX at this moment is trading around 5x sales, 100x next year’s earnings (if it has earnings) and that the topline growth was 40-50% last year, slowing to 30% growth next year. Well, I just checked and I’m right about all of that except for the growth rate, which is ONLY 20%. Stock sound expensive to me here and might even be a good potential short at some point as I don’t consider Box an industry leader.

Q. Cody, and how are the lungs nowadays, amigo?

A. My lungs are fine. Truth is, I can’t even bring myself to read that article I wrote about 9/11 on its 5 year anniversary there. I’ll force myself to read it later, maybe this afternoon — emotions get raw and so I seem to be trying to compartmentalize 9/11. I sort of wish now that I’d not shared that link so I could more easily pretend it’s just another day.

A. I’ll go with 1) Van Halen, 2) Def Leppard 3) tie between KISS and Poison and 5) Motley Crue. Based upon how much I listen to each of those bands in the last three years on Spotify.

Last thing I’ll leave you with is this: Do you guys know who Larry Kudlow is? Chief Economist to the President. Did you know that he’s reading my economic analysis when I send it to him? Not sure it makes much difference to our nation’s policies, but we can hope? : )

The anti-Warren Buffett backlash and other must-reads for today
Everything you need to know about Bitcoin
Market Keeps Looking Past Earnings Reports
Cody Kiss & Tell: Gold, Hate, Love and much more
Apple, Under Armour, Axogen and a market fade