Facebook, you let hackers into my account? Here, just read what the company has told us and it ain’t good. So let’s pick this sucker apart, because as a shareholder of Facebook and as one of the people’s account was apparently affected since I’m being asked to log back into Facebook now, I’m sick to my stomach about this. Oh geez.

“We have reset the access tokens of the almost 50 million accounts we know were affected to protect their security. We’re also taking the precautionary step of resetting access tokens for another 40 million accounts that have been subject to a “View As” look-up in the last year. As a result, around 90 million people will now have to log back in to Facebook.

I don’t know what “View As” is and I’ve never used it so I’m in the group of 50 million Facebook accounts that they let get hacked. Great, Facebook, great.

This attack exploited the complex interaction of multiple issues in our code. It stemmed from a change we made to our video uploading feature in July 2017, which impacted “View As.” The attackers not only needed to find this vulnerability and use it to get an access token, they then had to pivot from that account to others to steal more tokens.

Here they’re trying to avoid blame….”the attackers not only needed to do this one thing, but they even had to do another thing to get their hack to work.” I don’t care. Do your job as Tom Brady famously yelled at his teammates the other day.

People’s privacy and security is incredibly important, and we’re sorry this happened. It’s why we’ve taken immediate action to secure these accounts and let users know what happened.

There’s no need for anyone to change their passwords.

As for the stock. Well, like I said, I made it a top-3 largest position in my portfolio when it was back in the $20s and even bought some when it was briefly below $20 a share back after its post-IPO crash.

Just three days ago, I wrote, “I don’t think I’ll freak out and sell any more FB today off that news, but I do need to sit back and spend a few days immersed in Facebook analysis. The stock is trading at 22x next year’s earnings which isn’t terribly expensive and could be considered quite cheap if the company delivers another 25% topline growth next year as analysts expect it will. Sitting tight on FB, which I’ve taken profits on higher, for now.” in response to this question, “Cody, FB just can’t seem to get out of its own way. Instagram founders leaving. Plus possibly more government scrutiny? I know generally you feel government threats don’t amount to much. I’m still holding as i know you feel in the future FB will sell higher than $160. Any new thoughts? Thanks.”

Well, the news earlier this week that Instagram founders were leaving has new color now, doesn’t it? For all we know when they found out that 50 million users of the company that they’d sold out to had been hacked, they went into Mark Zuckerberg’s office and were like, “This is the last straw, Zuck.”

We’ve made a ton of money on Facebook as it rose a full 10x from the price paid for some our shares, as it went from $20 to $200. And we’ve taken some nice profits on some of our common stock and even had a few homerun call options in Facebook in the early years too.

And it might be the last straw for me holding the stock in addition to it perhaps being the last straw for me posting to Facebook. The two are quite separate issues, and I’m certainly not going to sell my long-held FB position out of anger today. But I’m pretty mad. And I bet tens of millions if not hundreds of millions of Facebook users are pretty mad yet again today too.

I’ll let Trading With Cody subscribers know if I decide to sell my FB stock next week. Which, for the first time since I bought it just over six years ago, I just might. 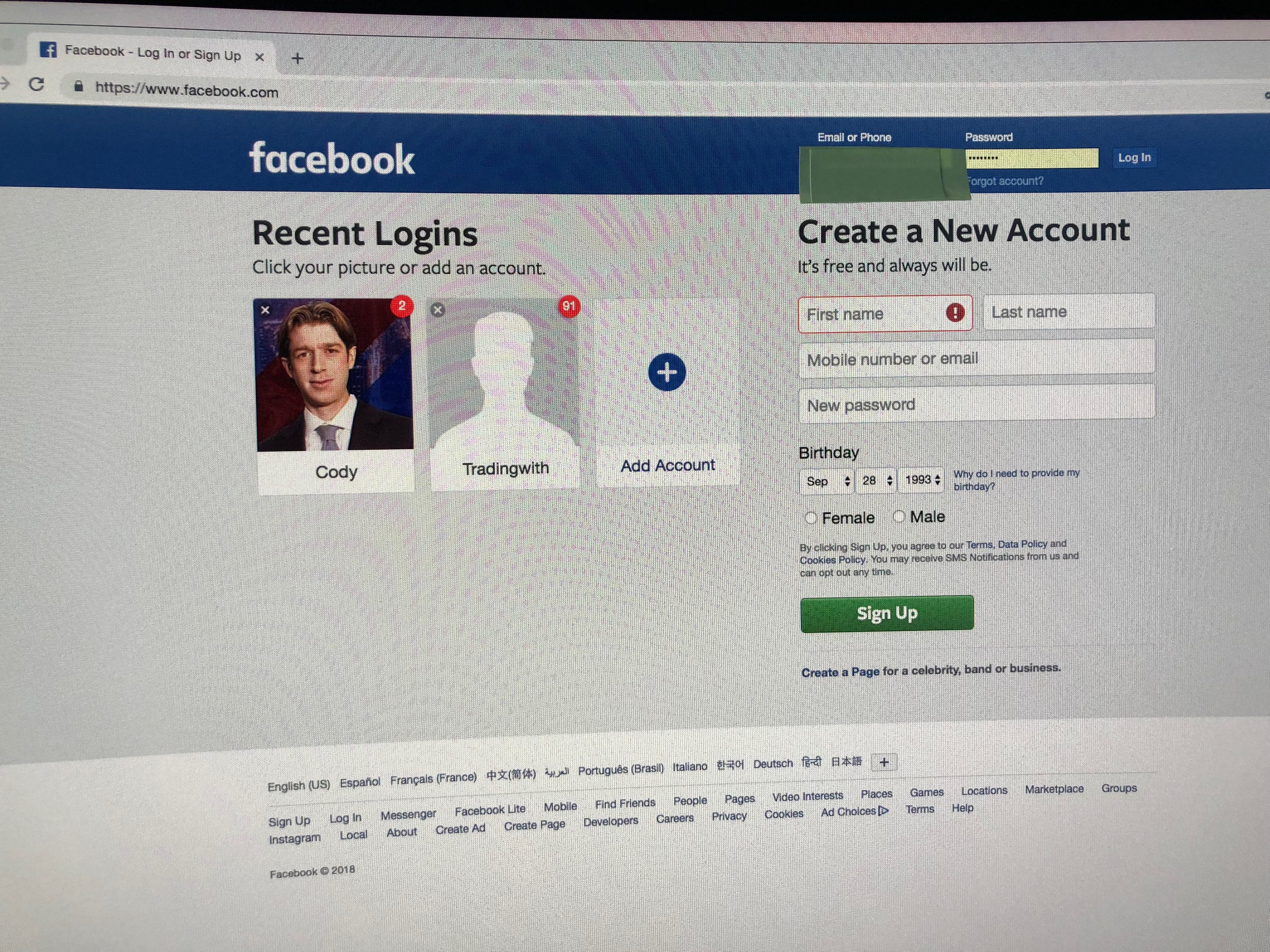 Chat Transcript for May 9, 2012: NUAN, FIO, LVLT, Greece and more
Citron is sorta bearish on $NVDA
Cody Kiss & Tell: A short strangle, Apple's rise, Amazon's P/E and more...
You can meet me in the chat room at 3pm EST today...
Revolution Investing must-reads into the weekend