I’ve got my hands full launching the hedge fund and that’s limited my writing time lately. That said, starting in January when the fund launches, I’ll be writing a lot more often and the analysis will be deeper and longer than ever before. I’ll be highlighting whenever I do a trade and you’ll likely see me do trades more often, at least initially, as I start to slowly build the new portfolio. I probably won’t do any new purchases in my personal portfolio after the fund launches though I might do some trimming and/or outright sells in my personal portfolio in years ahead. Any time I do trades in the hedge fund or sells in my personal portfolio, Trading With Cody subscribers will get Trade Alerts explaining what I’m doing and why, just like always.

Speaking of trade alerts, I want to explain my recent options trade and update our market analysis at the same time too.

I started scaling out of those puts, taking some nice profits on them and slowly reducing the number of puts I had. Now puts work such that if the stock (or in this case the ETF) falls below the strike price, the put starts going up almost a full dollar for every dollar the stock/ETF drops thereafter. By the time Monday rolled around and the markets put in that bottom, the QQQ puts were worth more than $12-15 each, up from $2-4 where I’d bought them. Same thing with the SPY puts, as Monday’s panicky sell-off had them trading at $16-20 each (meaning that each put was worth nearly $2000, up from the $200-400 that I’d paid for each one). All these puts, at Monday’s lows that hit soon after I started selling them and had sent out the Trade Alert letting you guys know I was about to — these puts were getting to be a pretty big position in the portfolio and with the markets in free fall and panic rising, I turned much more bullish about the near-term. So I decided to sell all of the remaining puts and “roll them down.”

If all of this is confusing to you, then I would simply tell you that you shouldn’t and don’t need to trade options. You could also have followed my advice of having trimmed all of our stocks and raised a bunch of cash when the stock markets were hitting all-time highs and then you could have put some of that cash to work at the lows when I mentioned it was a great time to start building up longs on Monday.

What’s amazing about these stock markets this week has been how quickly and how large the moves both up and down intraday and day-to-day have been.

ETFs like the QQQ and SPY and all the other ETFs that purport to be ultra-3x-long or extreme-4x-short are being daytraded on a second-to-second basis by algorithms and AI machines and that’s a big part of why the volatility has gone from nil a few weeks ago to extreme highs lately.

I don’t think the downside is all done yet and there’s a good chance the markets take another 2-5% hit to scare the bulls and longs who think it’s the bottom has been put in and that the all clear bell has been sounded.

How often do I remind you guys that you don’t have to be all in or all out. You can use these ups and downs and panics and greedy blow-off tops to your advantage in building up positions in the best long-term Revolution stocks on the planet. Just be careful. Keep an eye on the mirror. 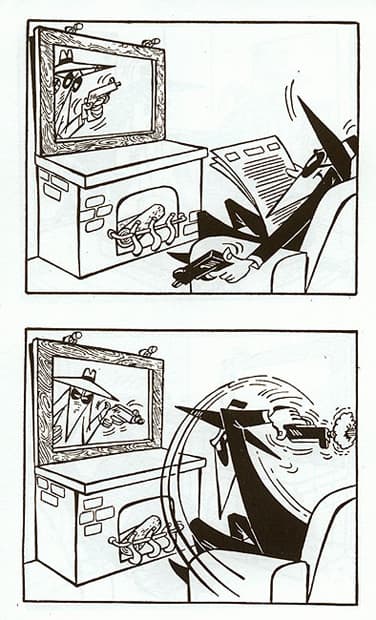 So far today, I have bought more Nuance,...
Earnings season cometh
How we've made our biggest profits
Markets thoughts and illusions
Markets, Tesla, SQ, BIDU, and lots of other stocks