“Panic” is the first word on Marketwatch’s headlines. I’m getting texts from old assistants, nephews, friends and other people joking or not joking about whether this is a crash.

Well, the Nasdaq is now down nearly 25% from its highs of just 90 days ago, almost in a straight line. That’s crash-ish.

One thing to remember (and something I’m writing up in longer form right now) is that innovation, cycles, economies, monies and companies move much quicker than ever before. Mankind has been exponentially increasing our innovation and prosperity for centuries and Kurzweil explains that we’ll see something on the order of thousands of times MORE innovation in the 21st century than we saw in the last century. These crashes and these bubbles can play out ever quicker in years ahead, as we might very well be seeing another example of that right now in the current “crash-ish” market.

If you don’t own any stocks or if you’ve been waiting for a chance to nibble some longs, I’d suggest starting to do so into this crash-ish market.

I don’t think the time to panic is when the word panic is literally leading the business headlines. 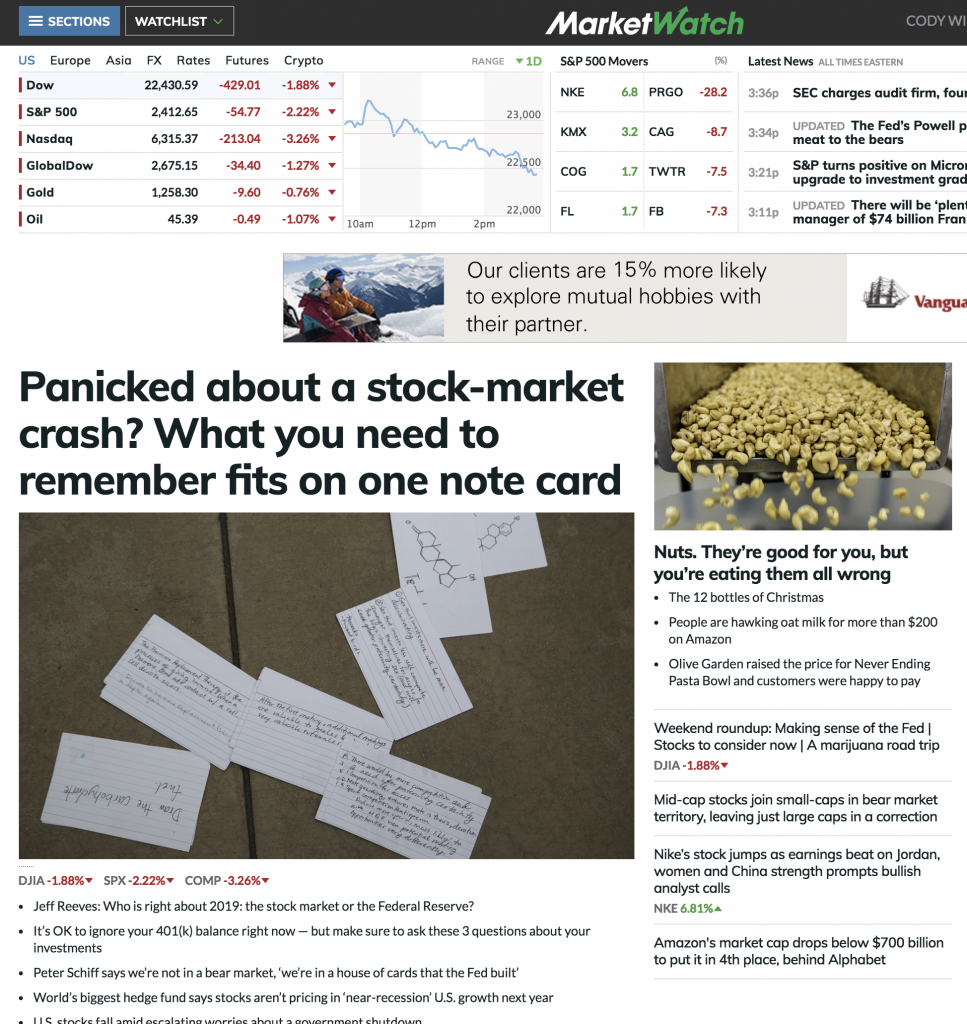 Doing the driving ourselves
Cody Kiss & Tell: Ratings, Markets, QCOM, TWTR, SNDK and more
Cody Kiss & Tell: $AAPL calls, $SNDK earnings, $GDX and how long for drone delivery
Time To Be More Vigilant About Covid-19 In Your Life and Portfolio
Time for the Relative Valuation Game!