I’m back from Vail and am headfirst into catching up on emails, homework and loose ends.  I was in Vail for an “ideas conference” where a bunch of hedge fund/money managers spend three days giving presentations about their best investment ideas. We couldn’t make it logistically work out for me to give my TSLA long idea presentation in the parking lot around my Model 3 as planned, so I got my points across with a 30 minute presentation and 15 minute Q&A. As I’d been warned, the crowd of 35 hedge fund/money managers there were largely bearish and/or short and/or dismissive of the idea of investing in TSLA. At the end of the presentation, I asked the attendees to raise their hands if they were long TSLA. No hands went up. When I asked TSLA shorts to raise their hands, 7-10 of the attendees did so.

During my presentation, I talked about how you can buy a new Tesla, a fricking electric spaceship computer on wheels for less than $40,000, which makes it by far the best car for the masses. And how the company has positive gross margins on their electric vehicles while every other car maker has negative gross margins on them. And how I have no doubt, from having spent years as an anchor on cable news channels and having written for every major financial publication over the years, that there is indeed a coordinated effort from big oil and car companies to take down Tesla with propaganda and misinformation. And I pointed out that if Tesla fails to sell enough cars this year, the stock could crash from these levels, but that the asymmetric risk/reward scenario here looks terribly attractive to me. 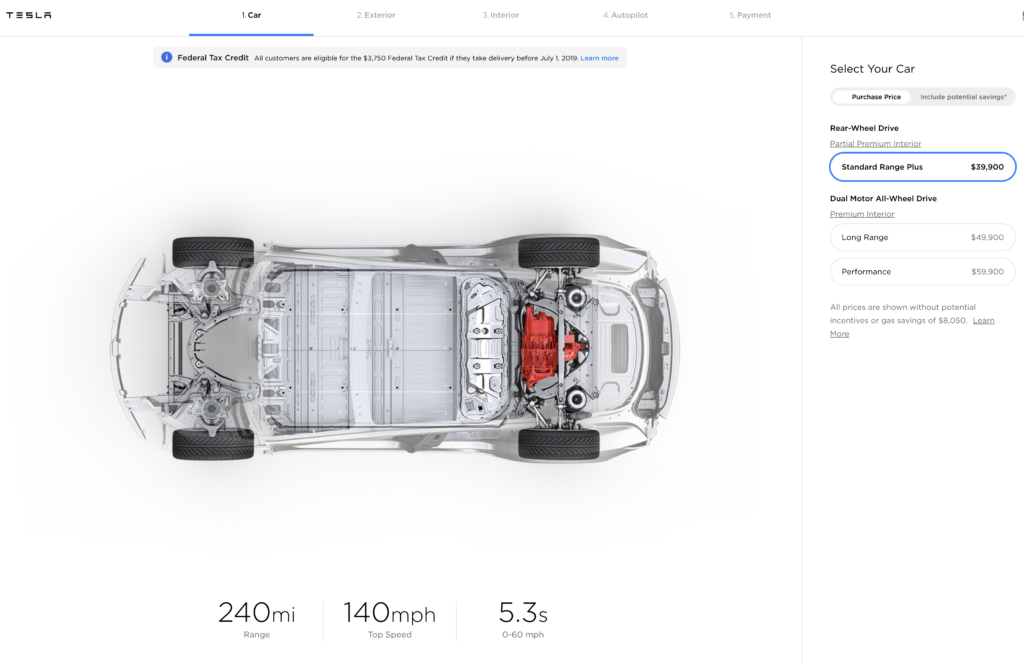 Almost every question I got was slanted/biased bearish. I certainly listened to and respected the people at the ideas conference, many of whom are clearly brilliant people and gave compelling presentations. But there was undoubtedly a consensus of TSLA bears/shorts in that room. That’s not necessarily a bad thing, of course, and one of the guys quoted Warren Buffett to me after my presentation when I’d noted the consensus, “You [can] pay a very high price in the stock market for a cheery consensus.”

The 17-year old son of the host of the conference sat in on my presentation and asked me the best question I got — “How can you think that you’re going to be right about TSLA when all these smart guys in the room think the opposite?” I told him that it’s not easy being an independent thinker and having the guts to believe in your own analysis. And frankly, if you think about it, the only way to outperform the people in that room is to believe in your own analysis and to do things differently than all of them. Clearly, there’s risk in TSLA. But there’s also tremendous potential upside.

That upside is mostly based upon the fact that the company is now selling by far the best product to a mass market. And when that starts happening, it’s usually a good time to invest in that stock.

Guess what — I will tell you that more than one of the attendees at my Tesla presentation are now long TSLA stock. And that at least one other is now the proud owner of a Model 3 that he ordered over the weekend.

A little markets-related analysis before I go back to Tesla. I didn’t hear a single mention of The Great Trade War, tariffs or worries that the markets are about to crash. I’m not terribly surprised by that because most of them are pretty hard core about trying to focus on finding individual stocks and not trying to time the markets — but then again, I’d bet that if the markets were down 15% from their recent highs, that there would have been a lot of discussion about those things. I’m not terribly bearish about the markets here, but as I outlined last week, I think it’s a good time to build up a little cash and get a little bit more defensive.

Back to Tesla for a minute, here’s an article that hits on exactly the points I made about why I feel sorry for anybody who’s buying any car not made by Tesla. I’ve included some of best points from the article below.

How I learned to stop worrying and buy a Tesla

“Sadly, the truth was that even I—who had more Tesla miles than most owners still alive—had been infected with FUD, otherwise known as Fear, Uncertainty & Doubt. If one believes mainstream media reports, Tesla is the Theranos of transportation, Elon Musk its Elizabeth Holmes, and the company will be dead before my car’s first service. Let’s not forget a lack of spare parts, cars catching fire, the crashes attributed to Autopilot, and things like Autonomy Day, which some called Silicon Valley’s version of The Producers. Opposing the big outlets are Tesla investors of hilariously shallow technical knowledge and a constellation of stock shills shamelessly rationalizing away any criticism of Elon Musk and Tesla with Whataboutism at its finest.

But I wasn’t interested in any of that. I wasn’t buying $TSLA, which is going through a rough patch. I wanted to buy a Tesla. The only way to consider buying a Tesla is to become like a honey badger. If one doesn’t give a s**t about the promises, lies, idiots, trolls, fools, rumors, hopes or exaggerations, all that’s left is the glorious reality of the one fact that remains: the cars are amazing, delightful, stunning and unique.

I’m absolutely convinced that the overwhelming majority of people who dislike Teslas have never driven one, and/or are shorting it…

The other necessity is a real driver assistance system (or ADAS) designed for highway use, and there are only two serious systems on the market today: Tesla Autopilot and Cadillac SuperCruise. I don’t buy Tesla’s claims that using Autopilot is safer than not, but it sure as hell is less stressful over long periods. The same is true of SuperCruise — which is clearly safer than Autopilot due to its camera-based Driver Monitoring System — but it’s currently only available in traditional internal combustion (ICE) Cadillacs.

Which means all roads lead back to a Tesla…”

Cody back now. The author bought almost the exact same version of Model 3 that I got for almost all the exact same reasons. My Model 3 also has the dual motors with all wheel drive because we live on top of a mountain in New Mexico where it snows and ices quite often.

Finally, don’t forget this week’s Live Q&A Chat at 9am ET tomorrow (Tuesday) morning in the TWC Chat Room or just email us your question to support@tradingwithcody.com.

Market note
Markets, Fitbit vs oil and a family update
Cody's Trades of the Week for February 13-17, 2017
Star Wars Market (or, My Daughters are Jedi's)
Revisiting the App Revolution