Q. Any trimming before earnings?

A. Yes, I trimmed some TSLA yesterday and have trimmed a few other stocks as noted in the last few weeks. I also added to a few index hedges, as noted too.

Q. Hi Cody, Along those same lines, I have a hard time trimming longs where I have a high degree of confidence, namely TSLA. I know trimming 5% is a small amount of my largest notional asset, but feel as though I’m unable to pull the trigger. Of course, short term the culling makes sense. How do I overcome this reticence? Thank you.

Q. Cody – TSLA production numbers came good last week. Is it the beginning of a good summer into year end for the company?

Q. Hi Cody, Since you were the first to adopt the Model 3 in New Mexico, did you have problems with insurance? What do you think about Tesla’s move into the insurance business to lower the cost of ownership for the Tesla community?  If you can comment on that aspect in a future thread that would be great. Thanks.

A. I think we were the first State Farm customer in NM to get a Tesla Model 3, but it wasn’t difficult. The price isn’t terribly out of whack with our other cars’ insurance prices either. That said, I am excited to switch to Tesla Auto Insurance asap, because it will be quite a bit cheaper than State Farm is charging us — and because Tesla’s customer service has really been terrific every time we’ve dealt with them and I expect that would be the case with the insurance division too. I wish Elon hadn’t promised the insurance product two months ago or that the company hadn’t failed to get it out already, but when it does it get here, I will be switching to it.

Q. Cody. I saw the rebuttal of the CR report on AutoPilot. As a Model 3 owner, and assuming you have the Autopilot, is it possible for you to test the AutoPilot and tell us your own personal experience with it?

A. Oh my gosh, I use Autopilot almost every time I drive the Tesla Model 3 and it’s made me a much safer driver. To be clear, all Model 3’s come with Autopilot. I also paid up for additional features from the Full Self Driving chip. This explanation comes straight from Tesla Model 3’s buying page https://www.tesla.com/model3/design#autopilot: “Autopilot Included: Enables your car to steer, accelerate and brake automatically for other vehicles and pedestrians within its lane. Full Self-Driving Capability for $6000: Navigate on Autopilot: automatic driving from highway on-ramp to off-ramp including interchanges and overtaking slower cars. Auto Lane Change: automatic lane changes while driving on the highway. Autopark: both parallel and perpendicular spaces. Summon: your parked car will come find you anywhere in a parking lot. Really. Coming later this year: Recognize and respond to traffic lights and stop signs. Automatic driving on city streets.” The FSD features that already work are mind blowing (well, the summon feature only backs up and goes forward right now but even that is really cool, and I know that in a coming software update, they’ll enable my car to find me in a parking lot). The car passes slower traffic and stays in the non-passing lane on the interstate already and that is also very safety-enhancing already (and fricking amazing!) But getting back to your question, I will tell you that the Autopilot feature is a terrific, safety-boosting feature in its own right.

Q. Cody – Do you have any comments on the headlines this morning of Tesla production shortcuts and conditions?

A. Hit job, I guess. I don’t believe for a minute that Tesla lets their cars out of the factory with duct tape holding the components onto the car. Or that they’re shipping cars without testing for leaks. VW is a fraudulent emissions scam artist and my more expensive Ford, Ram and Chevy vehicles seem like pieces of junk now that we have a Tesla Model 3. Audi’s and BMW’s electric vehicles can’t seem to avoid being recalled, but people are posting questionable pics from some disgruntled ex-Tesla employee on TV and suddenly that’s the focus today? Sigh.

Q. Cody – Revisiting cannabis….TLRY was a high flyer last year having hit 300. It now seems to have settled into 40s. Do you like the company at current levels? Also any plans for any cannabis play in the portfolio?

A. No, I’m not a fan of TLRY but I haven’t done much homework on it in the last few months. Recall when the stock was at $120, I’d cautioned subscribers to stay away from it. Not sure I’m as worried about TLRY here at $40 as I was when I dug into it at $120, but I think there are better cannabis plays out there, such as CRON or CGC.

Q. Cody – Thoughts on Trump’s comments on Bitcoin? Is it just talk?

A. Well, did we expect a Republic Democrat Regime leader to abandon the US dollar upon which his/their endlessly growing deficits depend? If Trump were a bitcoin fan, I’d be worried that bitcoin isn’t Revolutionary enough. In the end, the whole point of bitcoin is that those in control can’t control it.

Q. Any thoughts about Baidu at this level?

A. I like BIDU here, but it’s not without its risks obviously. I do think it’s a cheap way to bet on The Chinese Tech/Consumer Revolution.

Q. I noticed that silver is no longer part of your positions. Have you moved on from physical silver? What rating would you give it right now? Thanks.

Anything else? I’ve got a 14-week old Great Pyrenees puppy under my feet for this morning since she has to go to the vet to get checked up today (my wife will be by to pick her up soon). But I’ll take her on a quick walk outside when we’re done here and then get right back to work. 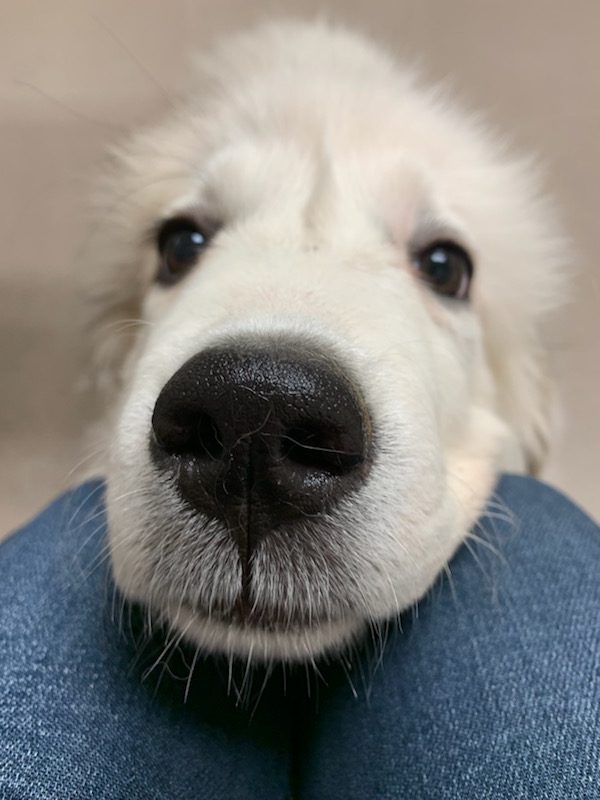 Q. Hi hope your summer has been going well. Any more clarity on PANW?

A. The stock’s had a nice bounce here lately, which is good, of course. I want to see how the next quarter plays out and how much traction they might be getting in the product lines they recently acquired.

Q. Cody – Do you see TWTR get out of the 30s range anytime soon? Seems like any earnings momentum into 40s is not sustainable and its back below 40.

A. I do think TWTR will be a $100 billion company at some point in the next five years, which would put the stock at about $120 or so. No idea if it will run above $40 in the next few days or weeks, but eventually I do expect it to.

Ok folks, that’s a wrap! I’ll be around later today in the chat room and most of this week too.