Here’s part 2 of the transcript from this week’s Live Q&A Chat.

Q. Cody A long ways away in political-time, but what would you put Trump’s % chance of re-election as of this moment?

A. Before I answer this one, I’d love to hear all of you guys guess what you think my answer is.

Subscriber: I’ll take the bait. Factoring in that you lean contrarian and the polls say everyone beats trump, I’d say your answer is trumps chance of re-election is better than 50%.

Subscriber: I’ll go with “I don’t care, because it’s the Republican-Democrat Regime…”, but it is an AMA, so I figured why not try to get some odds, lol

Subscriber: Cody’s response is it will be inconsequential the election which I agree with so long but I pose the question.. with the Fed losing control of the power of money arent the days of Government control limited?

Subscriber: I think that you will say that predicting the future is impossible, You have no idea. We should ask you in a year.

Q. Cody, regarding “the biggest industry in the history of the planet”, more hints, please.

A. How about you guys guess what it is. I’ll be sending the report later today.

Q. Cody, On your email, you mentioned a new report on a biggest industry on the planet. Is the industry related to 5G or to SLACK TECH (WORK) , or to renewable energy or we all have to wait for the report later today?

A. I’d love to hear guesses between now and when I send out the report.

Q. My guess on Cody’s tease is that 5G will be short lived and there will be a new device created that will beam internet from GPS/space for the entire planet hence the market opportunity is the planet.

A. Good guess! Think even bigger though.

Subscriber: My guess is SAAS . With 5G, SAAS would grow exponentially.

Cody interjects: A. Holy shoot, that made me spit my coffee out. Gronk coins, the biggest industry in the history of the UNIVERSE!!

Subscriber: If we’re going for what’s hot right now, maybe @cody is coming out with a report on chicken sandwiches. That or he’s announcing CodyClaw Hard Seltzer.

Subscriber reply: There is a nationwide shortage of White Claw hard seltzer.

Subscriber: Rocket fuel will be the biggest industry in the history of the planet!

Subscriber: Another guess at the teaser from Cody: A new internet security architecture will be developed using blockchain related technologies that will provide platforms and a new form of global money that limits the effects of a fiat currencies and the crazed currency wars and negative interest rates that’s a race to the bottom….and cannot possibly be sustained for a working capitalistic society since no entrepreneur will take the risk to invest and innovate… there must be a ROI….

Subscriber: You’d mentioned that BA is a core holding for its duopoly airplane business and its potential to be a Space Revolution play. I’m guessing this answer to my question on BA is where you see the next revolution play: SPACE.

Subscriber: My guess on biggest business. Elon Musk will build a fleet of rocket ships to send robot miners to the moon. A company, called Moon Robo Miners will be formed, TSLA and SpaceX will be subsidiaries. Of course, Tesla will build the robots.

Cody’s answer: Here’s one more hint til I send out the report later today: 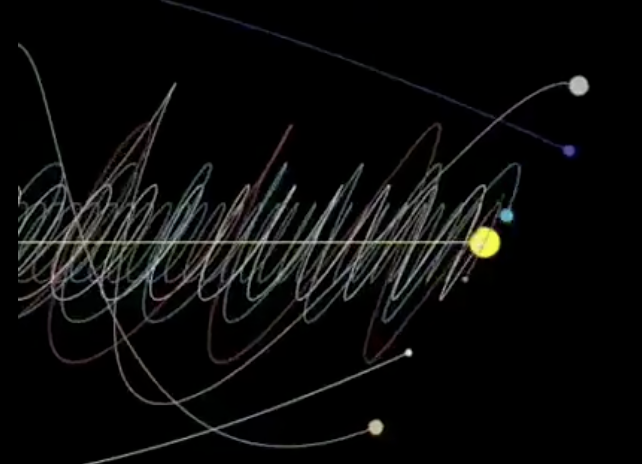 I think I need to rest my brain now.

Subscriber: I need a CodyFizz.