A couple weeks ago I was doing some curls, standing next to my wife who had just finished her inaugural workout on our new Peloton bike when she starts tapping the Tesla-like screen on the front of the bike to create me an account too. She got to the third screen or so and says, “Do you want to log into your Spotify account so you can listen to your music while you workout?” It took me a few seconds to answer because I started thinking about how just a few weeks ago Tesla rolled out a new Spotify feature in the cars’ displays and how Slack has an app that let’s other people see what Spotify track you’re listening to. And I’d been thinking at the time that it sure looks like Spotify really has become a de facto standard for music streaming. I finally remembered to tell her that yes, I would like my Spotify account on the Peloton, but that I don’t remember my login info at the moment (of course, right?).

To be sure, music streaming is a competitive industry as Apple, Amazon, Google’s YouTube and other companies are vying for eardrums (ie, listeners, the music equivalent of “eyeballs”…no? I just made it up). But the fact is that Tesla, Slack and Peloton don’t bother integrating with any of the other music platforms because Spotify exclusively has hit critical mass. And subscribers to the other services start to think: “Why don’t I switch to Spotify so I too can listen to my music?” And as Spotify takes more marketshare, other platforms say, “Hey, we better offer Spotify too” and so more consumers think, “I should switch to Spotify…” It’s a virtuous feedback loop that builds on the network effect of hitting critical mass as a de facto standard platform (woohoo, I got all my favorite themes put into one sentence and more importantly, I have all my favorite investment themes in one stock here…).

As a matter of fact, Spotify has over 40% of the global streaming marketshare with about a quarter billion monthly listeners. But that’s only about 8% of all smartphone users that have a premium Spotify subscription, meaning there’s another 92% of the smartphone market to try to penetrate.

A few other stats

I’m listening to some chill music by Deva Premal on Spotify as I type this and I was just listening to the Revolutions podcast (recommended by Elon Musk on Twitter and tremendously educational) on Spotify in the car on my way to the office this morning. The company is investing big in podcasts, which is a high margin business for them.

As for the financial fundamentals, there’s also some compelling valuation arguments to be made here. The company has $1.2 billion or so in cash, plus a 10% share of TenCent Music (TME) worth another couple billion or so. Spotify is already kicking off hundreds of millions of dollars of free cash flow per year and is increasing that number nicely each year for several years now. Topline growth has been and should continue to be around 25% for this year and next year and maybe slowing a bit from there the next couple years. Actual earnings per share should start kicking in this year and should grow to $5-7 per share over the next two or three years. With a market cap of $26 billion, what a I call the 3-year-blended-forward P/E comes out to about 20. The one concern I do have is that gross margins are at under 30% right now, but those should continue to grow as legacy/label music declines as a share of what’s consumed on Spotify in coming years and decades. The stock was very highly rated as I ran it through both my WilPOWR Fundamentals algorithm and in my WiNR Projected Returns algorithm, which is what finally put me over the line to committing some capital to this Spotify long idea.

As for the competition, I do think there’s a compelling short pair trade to match this long. Recall that we made a lot of money a few years ago by shorting Pandora in the $20s and covering in the single digits based on the theory that music streaming was getting way too competitive with Spotify, Apple Music and the others coming to destroy Pandora’s marketshare. We eventually covered when the company was bought out for no premium at like $8 per share by SiriusXM (SIRI). SIRI’s stock is, like many other stocks out there, up in a straight line for the last few months. Sirius is growing about 3-5% per year, trading at 25x next year’s earnings estimates, which I don’t think include the loss of market share for Pandora that’s likely continuing this year and basically forever. Sirius itself will be in big trouble as 5G and/or SpaceX’s Starlink make streaming in your car ever easier with ubiquitous coverage. So I might short 1/5 or 1/3 as much I’ll buy in Spotify. Meaning I’d like to have my SPOT long position be 3-5x bigger than my SIRI short.

I’m heading to NYC Monday night through Thursday night so there let’s do this week’s Live Q&A Chat Monday (tomorrow) morning at 10am ET. I’ll be on Fox Business and/or Fox News a couple times, probably Tuesday between noon-2pm ET and Wednesday between 2-3pm ET.

I’ll leave you with the view from the Peloton as the Spotify music plays — one from sunrise, one from sunset a couple days later: 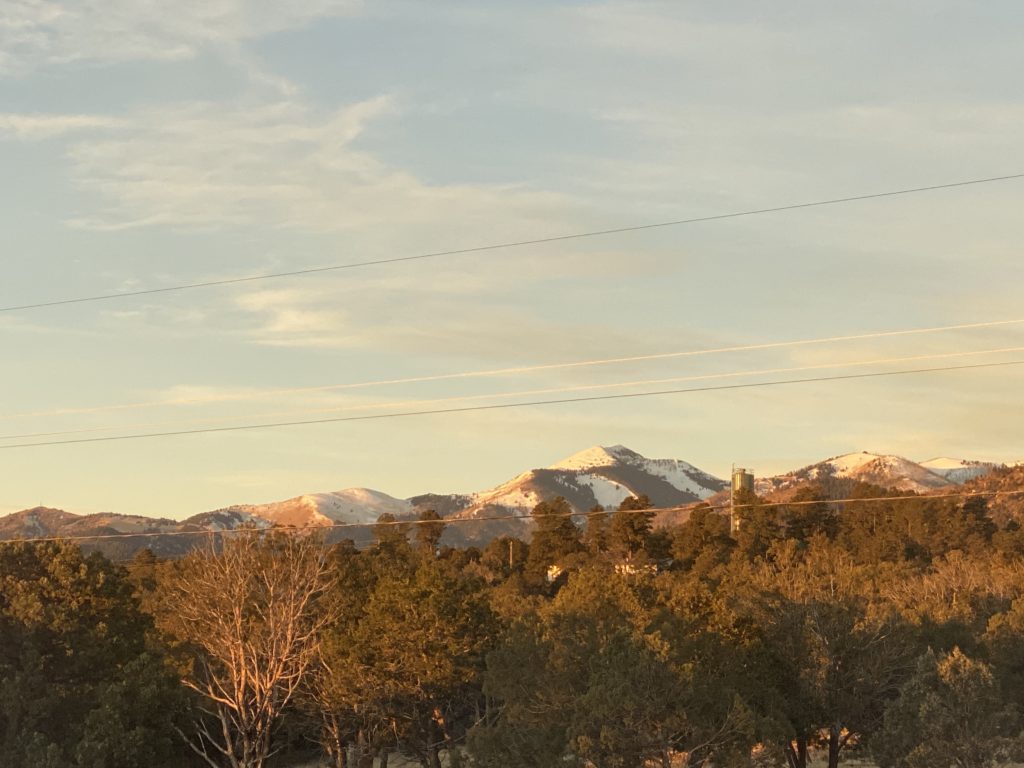 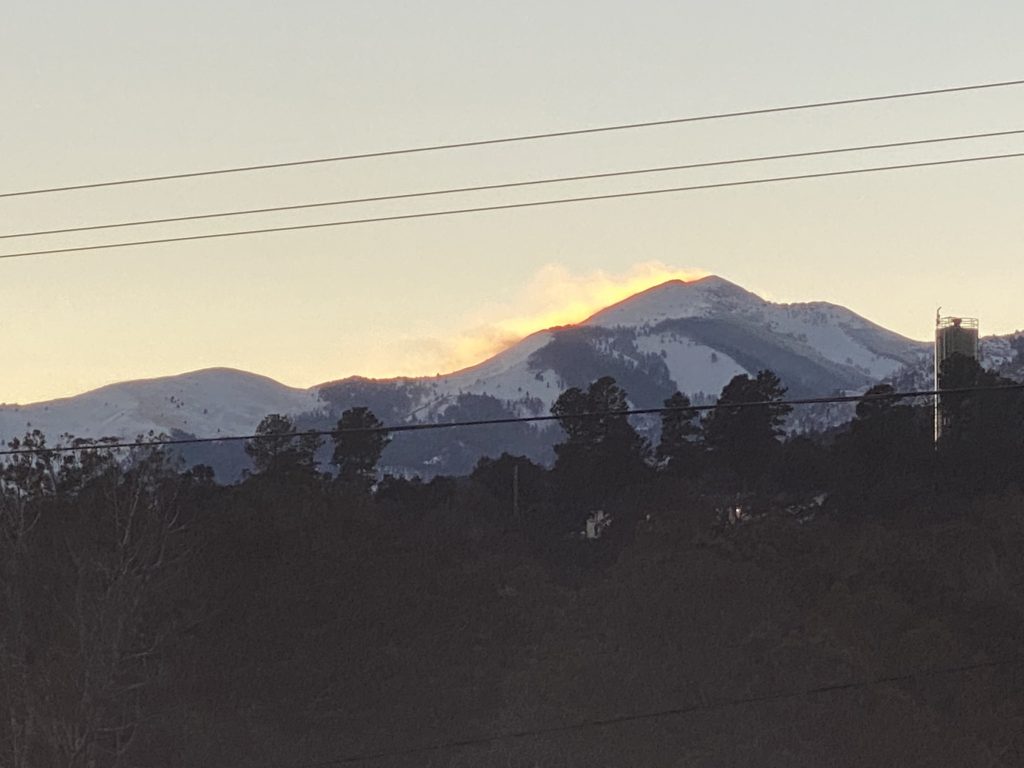 Cody Kiss & Tell: Lots of love and fun and great questions too
Thoughts and Revolution Technical Analysis on Apple
Thoughts on RIMM before its earnings report tonight...
I've got a new name I'll be pulling the trigger on tomorrow...
Markets and stock valuation thoughts