AT: So that’s very interesting. The few minutes we have left let’s talk, you know, more philosophically, because what you just described, it sounds to me like, you know, you’re looking for value in the most growth-oriented areas, because you’re very much, as you talk about them, looking for revolutionary companies that are going to transform industries, if not society. So is that, you know, how do you describe, your definition…?

CW: 100%, my gosh, I wish I’m actually going to take that and use it in some of my hedge fund documentation and on my Trading with Cody landing page, because that’s exactly why they’re — like I mean, that is what I’m trying to do. I want to find the most revolutionary growth industries, the best companies that are creating that industry, and then be able to buy them when valuations aren’t ridiculous. So by the way — I leave you guys with this, and I’ve written about it on Seeking Alpha, I think it was my first article on there, I don’t know 3, 6, 4 months ago, and it was called the space revolution will be the biggest industry in the history of the planet.

AT: And I believe that now.

CW: So I think space is undervalued right now. I think you’ve got to be looking at space. I know space Virgin Galactic when I wrote that article was at like $7, $7.50. The day I wrote that article on Seeking Alpha, if I recall, and, the stock’s now hitting $15 something, and I still own it. I’ve been buying more. I just you know, if people are going, and it’s not about the next year, right, it’s not about the $250,000 deposits that they’re getting for people that want to go and be one of the first people to be blasted up and become sort of an almost astronaut by going into almost outer space with the first ships. It’s about what that technology is creating and the ability to send new satellites up cheaply and the ship packages around the world faster and all of the things that you can do if you’ve got the capabilities to change how we travel, not just to space but around the world through space. And that’s happening. The tectonic plates of society and the economy and the world have all put us in a position that in 2020, that is a real private market phenomenon that we can invest in. I have invested in SpaceX and the private market. I’ve invested in Virgin Galactic. I own AJRD, which is a rocket company that’s been around for 50 years but still sells into this industry. I own a little bit of Boeing. I am trying to find all kinds of space related investment plays and ideas because it is the next, can’t miss, greatest, biggest growth industry that will create trillion dollar economies that we’re sitting in front of right now.

If you thought 2008 and 2009, and again, my viewers on TV, watch me every day pound the table about the app revolution, the smartphone revolution is going to change the world. Trillions of interactions a day will be done. on smartphones, and you’ve got to just buy anything related to smartphones. That’s where we are with space right now. But the order of magnitude of the upside is bigger.

AT: Wow. I agree with you from just a pure, you know, looking at the economics of it. I’m glad you mentioned all this. Because I do think it’s a very exciting place for investors to be looking at. And I just want to be clear about Virgin Galactic because I have heard some people say, they’re investing in Virgin Galactic because it’s the only pure play right now. But you seem to fundamentally like that company and what they offer to you. It’s not just, well, there’s no really other way to do it, kind of in that.

CW: They — look man, they’re moving their headquarters to New Mexico down the 120 miles from where I live. And beyond that, I mean, I don’t really — I don’t invest in the company because of that, but like it’s happening, like there is a spaceport in New Mexico, that the government has spent 200 something — a quarter billion dollars so that people can start sending stuff and blasting rockets, these private companies can start doing that stuff into space. And Virgin Galactic is yes. I’m fundamentally bullish about Virgin Galactic. I don’t care that it’s just the only one that you can really — that’s a pure play in the public markets. Man, I think Virgin Galactic at $2 billion or $3 billion is a terrific risk reward scenario. You have 100% downside. And if their vision works out of all over 5 or 10, 15 years, that stock could be up 100 fold from here.

AT: All right, on that note, we will leave it here. Our guest has been Cody Willard of Trading with Cody. Cody, thanks so much for being with us today. 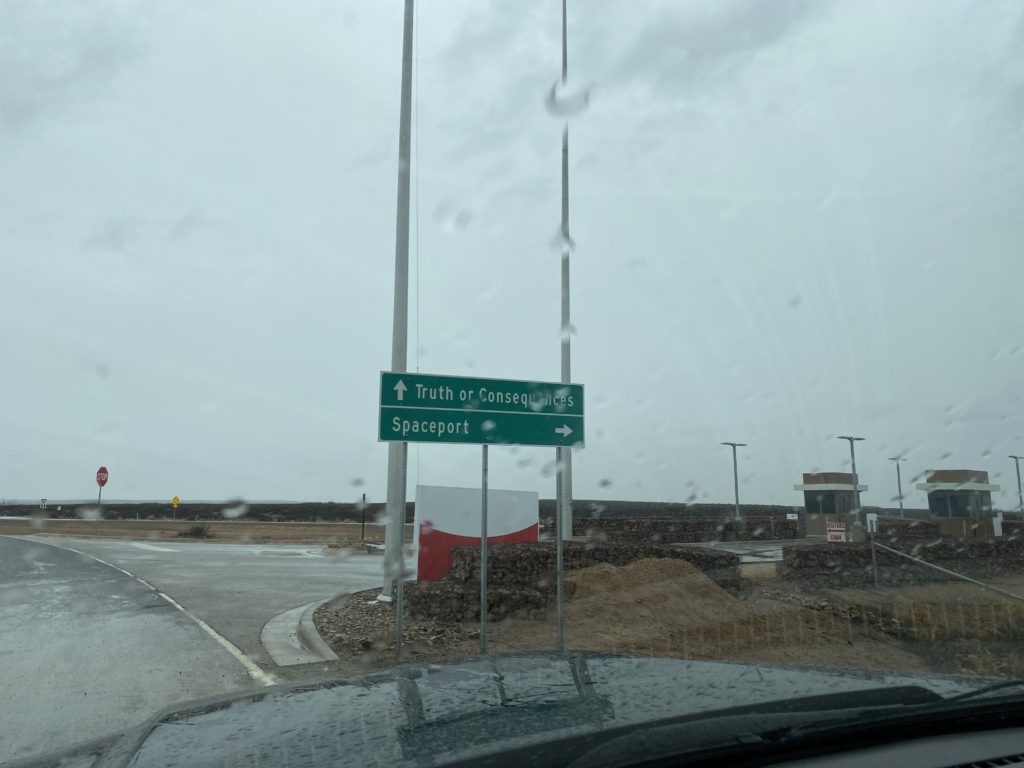