With all that’s going on with the Coronavirus Crisis, it’s shocking that the the markets are back to where they were just a few months ago, late 2019 levels. The Nasdaq is actually back to where it was in December:

What would it take, if anything, for the company you own or work for to go back to pre-Coronavirus Crisis plans for growing, building, investing, hiring, etc?

The implication from the answer to the question is also why I am more defensive and hedged in the hedge fund than usual — because even in the best case scenario, there are going to be some horrible economic and financial bumps. The projected growth for big and small projects around the world probably has had its curve flattened for the next year or two, even in the best case scenario.

Analysts have been slow to update their earnings per share estimates for the S&P 500, for which consensus still shows that it’s expecting earnings in 2020 to be the same ($140ish) as they were in 2019. Fair price for S&P is probably 12-15x next year’s earnings estimates, which right now are:

Those numbers are probably too high across the board, as I’d expect earnings for the S&P 500 might stagnate for another year or two. For reference, from 2007 to 2008, S&p 500 earnings fell from $104 to $18. So I think we might expect at least some similar declines in earnings this time around, but probably even more. It took until 2013, after the 2008 earnings crash for S&P 500 earnings to get back to the 2007 levels.

How about revenue estimates for the S&P 500, which right now are:

Clearly, these estimates are also still too high but the market doesn’t seem to be too worried about that. How long will that last?

My best guess is that the S&P trends lower from 2874 and grinds around for a year or two. That said, there will be, as usual, a lot big winners and lots of big losers in individual names over that time frame.

Our job is not to try to game the market’s moves. Our job is to gauge risk/reward and the amount of exposure we should have as we find the big winners, avoid the big losers over the next 10,000 days. I obviously don’t like the risk/reward of the overall market here.

The risk/reward of the markets changes when prices change and this year, we’ve seen me go from starting off with my quite net long with my continued bullishness in January to my near bearishness in late February, as I trimmed down our longs aggressively as I added shorts and put hedges as the markets topped. In March, I then started nibbling and buying new names and covering some of those shorts as the markets crashed. For most of April, I’ve been raising cash by trimming my longs and also covering some more of the short hedges. All of those moves, because the markets were making such huge swings in prices, were a reflection of my risk/reward analysis.

I like to bet bigger when the odds are strongly in our favor. This is not the case right now. I am keen on preserving capital at this moment. As Stanley Druckenmiller, one of the most successful hedge fund managers says, “George Soros has a philosophy that I have also adopted: The way to build long-term returns is through preservation of capital.”

Stick with our approach of Revolutionary Investing names, many of which actually benefit from the Coronavirus Crisis, but don’t be greedy or too scared right now. I leave you with this picture of one kid, at least, who’s not too upset about her latest self-isolation set up. 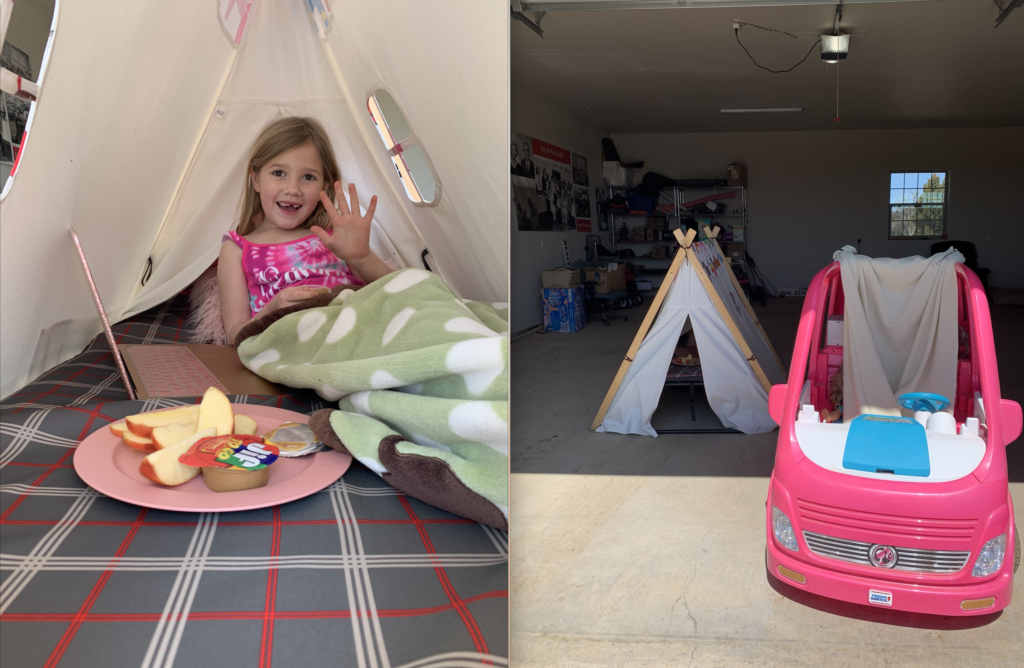 Leverage this instead: The value of not trading, being vigilant and being prepared
Trade Alert: Adding more of this Wearables revolution stock
Markets tank, Apple driverless, What a telecom network looks like, Verizon, Solar stocks and more
Trade Alert: Google and the "tech bubble"
The Cody Willard Show Part 2: How much cash?, 10-baggers, FB now and Crypto in Divorce