This song plays on several of my littlest daughter’s toys and it gets stuck in my head sometimes. Today, it was stuck in my head because I think it’s a good analogy for what’s happening to the retail investors stock market right now:

Like I mentioned last week, you’re not supposed to be trying to have fun when you invest in the stock market. Rather, you should be trying to build up your wealth over the long-term. And that means you also need to protect your wealth if you want to build it, not running around a mulberry bush with your money because you’ll get popped. You already pay a penny for a stock spool of thread and you pay for the needle too, since you pay for commissions or you pay by letting hedge funds front run your trades at free trading platforms. That’s the way the money goes, don’t be the weasel out there chasing after random new momentum stocks like Tuppenny Rice or a penny stock speculation called Treacle. Mix up some longs, some shorts, some puts, some cash, some bitcoin, some gold to make it less mean and avoid getting popped.

Okay, I might have carried the analogy too far, but you get my point. Millions of retail investors have flocked into the market and the pros and amateurs alike have spent the last couple weeks chasing all kinds of stocks, as long as they MOVE and MOVE NOW!

Well, the stocks are certainly MOVING today, but not in the way that people have grown accustomed to since the March bottoms.

For the last month or so, I’ve been cautious and even started buying some puts on individual stocks last week. I’ve been warning that we’d likely walk in one day and see the markets down 5% and most stocks getting slammed and that people wouldn’t have the chance to sell before that happened….That’s what we see today, obviously. Most retail stocks like once treacle, now vinegar, Macy’s have fallen 30-50% in the last few days. The airlines are being decimated again. Semiconductor stocks were trying to hang in, but are now down big too. Nasdaq megacaps and FANG couldn’t sustain their levels either. Boeing is a volatile half pound of tuppenny rice as it has fallen 70%, rallied 100%, fallen 30%…

To paraphrase my littlest daughter’s favorite book of all time: “Brown bear, brown bear what do you see? I see a red market looking at me.”

That red market is looking back but as always, the real question is: what now, brown cow?

I’m covering a little bit of my index shorts and trimming a few of the puts here into the panicky sell-off today. I’m not doing much buying though. It’s been a wild and long year. And today’s no different.

I am going to be out of town tomorrow so I won’t be able to do a Live Q&A Chat this week. We’ll pick it up again next week.

Here was sunrise at my house this morning. 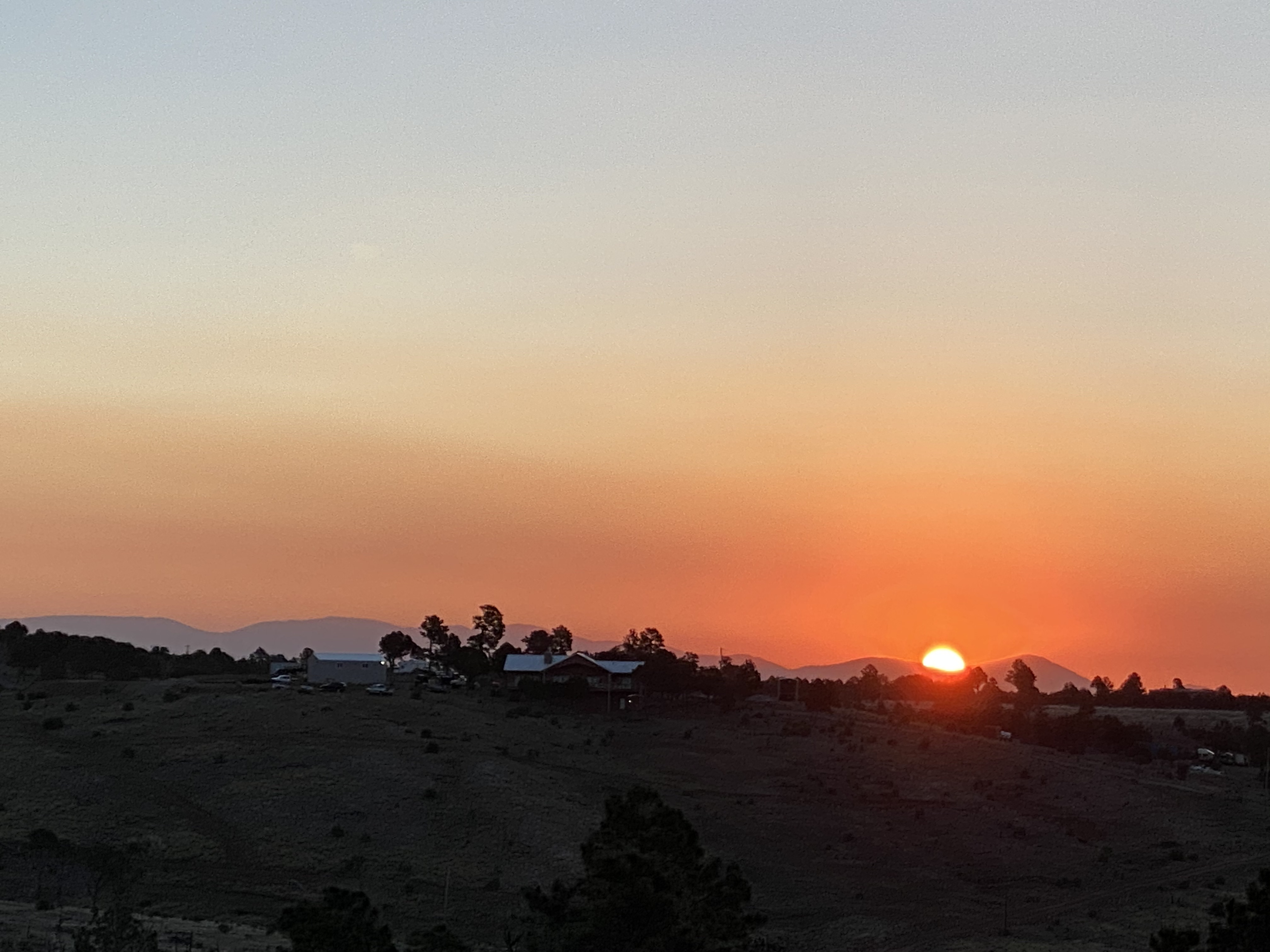 Be careful out there, be cool, be vigilant. See you next week.