NFL starts tonight. I am excited because, even though I’m not the biggest sports fan in the world, I do enjoy watching the NFL and anybody who cares about sports at all is still starved for some sports. I bet $100 on the Texans to win the Super Bowl. Pays five grand if they do and I was surprised that the consensus is that the Texans aren’t going to be great this year. Deshaun Watson is special.

Q. When you say “it’s been a helluva year of returns for us so far…” what about the losses we incurred while hedging at your advice while the market kept going up? It had a lot of zero losses on those options and big losses on shorts that went the wrong way. Doesn’t that count?

A. Isn’t the bottom line, like, literally the bottom line here? Haven’t we had a helluva a year overall? (Knock on wood). Hedges did they were supposed to do — they kept us hedged and our longs went up way more than our hedges went down because we stayed net long the whole way up…AFTER we’d trimmed before the March crash and then bought aggressively during the March crash? I mean, I’m not sure what constitutes a helluva year if the performance of this newsletter hasn’t been a helluva year this year, to be frank.

Q. I can’t speak for anyone else, but, it has been a helluva year or two for me, (knock on wood) even with all the wasted hedges. If you had taken position on TSLA March/April last year when TSLA was a rare 9 rated, and when Cody gave us ZM, AMD, CRSP, DOCU, NFLX,PINS, ROKU, SNE, SPOT, SQ, TSM, etc, during March meltdown,, I don’t see how anyone wouldn’t has a great year. AND Q. Hellova Year, or two, or three, or basically hellova run once I became a subscriber… Thanks Cody. AND Q. don’t know what the magic number is on hedges either but despite watching them evaporate, i’m sure glad i had them last week and still today.

A. Thanks all. To recall, remember that it’s usually GOOD to lose money on your hedges because that should mean that your actual portfolio that you’re betting on to build wealth is going up. Which is exactly the case this time. At least that was the case until the markets started tanking this week…

Here’s me telling Amaris that we’ve been hedging lately: 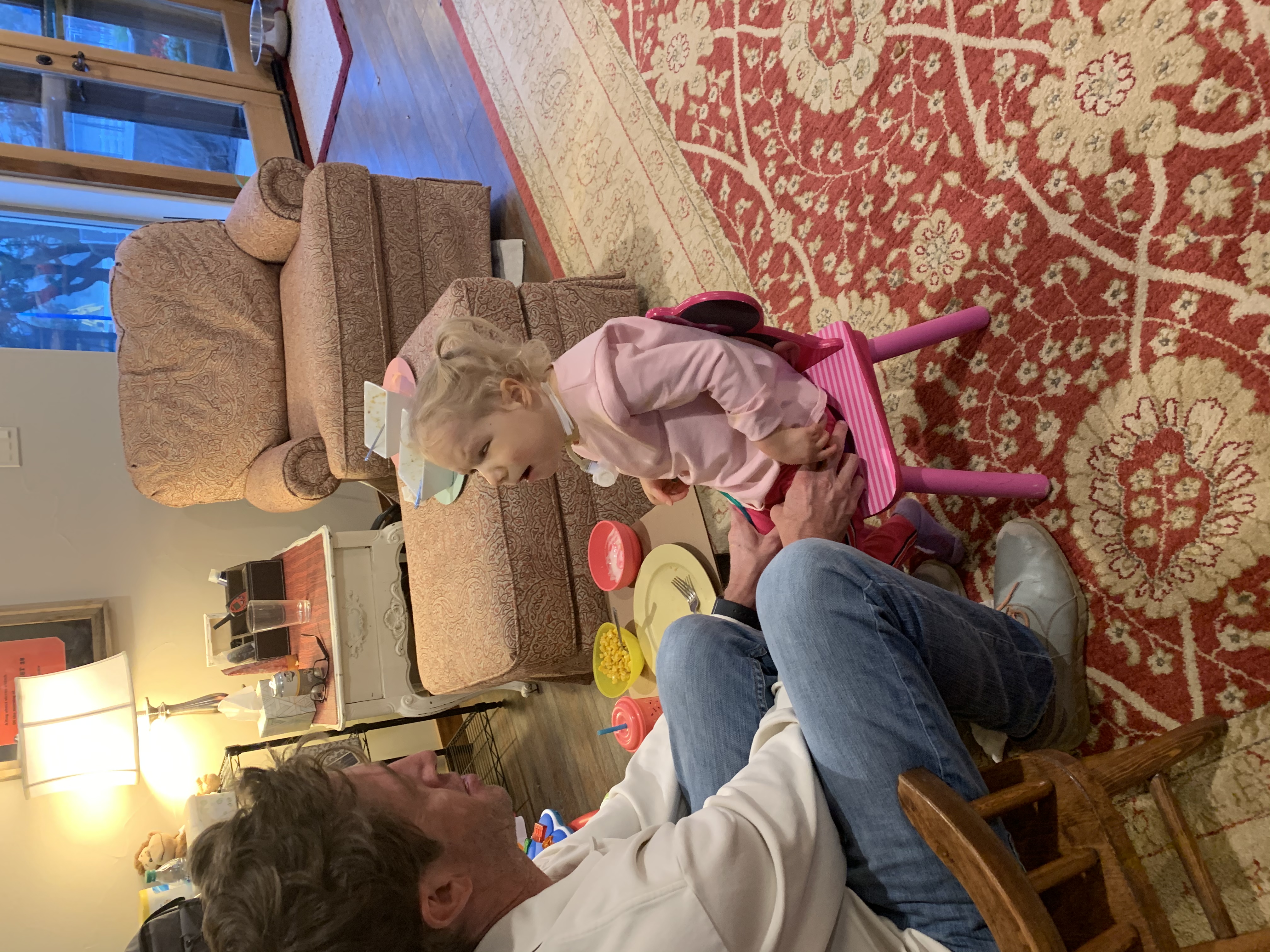 Here’s Amaris after I tell her that the markets have been tanking lately and are again today: 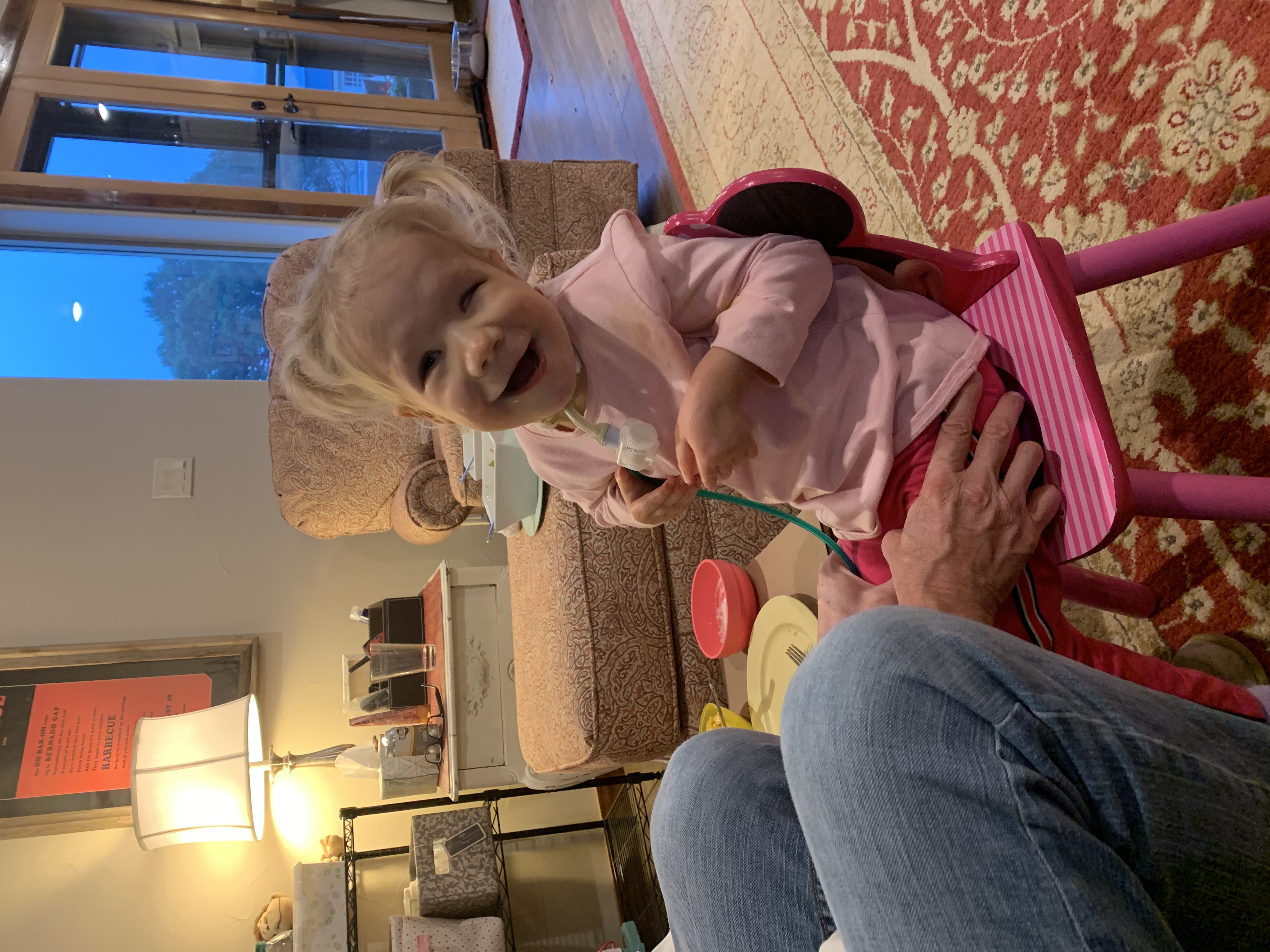 Q. Cody do you ever consider selling calls against a stock like WORK? Have been doing it for awhile at this point it gets called may net be a bad thing.

A. As long as you don’t mind letting your stock get called away, it can be a work fine.

A. They have too much government-dependence in the business model as I understand it.

Q. Have you looked at Desktop Metal or Luminar IPO’s?

A. Not enough at this point.

Q. Does your hedge fund own some pre ipo companies that might go public soon?

A. We own a few private investments but none that are near an IPO at this stage.

Q. Do you think Snowflake is a revolutionary company?

A. Yes, I think it is. I’ll be curious what kind of valuation it comes public at. The ability to store data across the major cloud platforms is big: “core product is a cloud-based data warehouse that works seamlessly across the three major public clouds”.

Q. Thoughts on PTON? Seems like it has the potential or is already disrupting the gym/workout industry (accelerated by COVID), they have a platform for reoccurring revenues. I know their valuation is probably stretched here, but in 10,000 days seems like it could be a good one or am I wrong?

A. I just don’t see the long-term competitive edge for Peloton which keeps me out of the name. And yes, the valuation is nuts right now.

Q. Cody. I was on pins and needles shorting NKLA on the GM news. What is your view if any of it and the hindenburgresearch.com report that just came out.

A. I wish I’d had the guts to buy a few NKLA puts when the stock spiked to $50 on the GM partnership news. GM has now basically tied its future to NKLA so GM shareholders better hope that GM’s due diligence team can answer the questions in the short report that came out today: https://hindenburgresearch.com/nikola/

Q. Thank you for your September 3 “nibbling” schedule. It was very helpful and I hope you will continue updating it periodically.

A. I’ll try to do another one in the next couple months or sooner if the markets go crazy.

A. I like all three as long-term investments here or I’d sell them. I do think WORK goes in the penalty box for now.

Q. Cody, you were going to look into COMM a while back. Did you ever have a chance? It shot up after earnings but has now come back quite a bit. Any interest here?

A. Yes, interested, but haven’t pulled the trigger yet.

Q. your take on $EBS? Seems like it could be $TSM of bio.

A. I’ll dig in and do some research on it, sounds interesting if it’s a platform play on biotech. That said, it sounds more like a distributor than a platform play based on this description: “Emergent BioSolutions Inc., a life sciences company, focuses on the provision of specialty products for civilian and military populations that address accidental, deliberate, and naturally occurring public health threats (PHTs).”

Q. Cody any thoughts on OSTK thanks.

A. I think OSTK will be back in the single digits in the next few years.

Q. What are your thoughts on WORK? I have a fairly large position in this and I’m sick of the constant missing of earnings or meeting expectations. I would think MSFT is a threat to them (I don’t like MSFT as company, but they competition concerns me.)

A. Yea, I’m growing tired of WORK not growing the business as well as I think they should be at this point. I’m sitting tight for now, but might I might give up if they blow another quarterly report in three months.

Q. How is the golf game?

A. Seems to be slowly but surely improving. I still need to get more consistent and I need to get a little more distance on my irons. Here’s something one of my hedge fund investors sent me that he wrote about why Golf is like Investing:

“1. Requires many long hours of work
2. Rarely is anyone successful without a good coach/mentor, but it can be done. (Lee Trevino never took a lesson because he didn’t think anyone could beat him and Jesse Livermore)
3. Just when you think you know what you are doing, poof, either makes you look foolish at best, suicidal at worst.
4. People with no knowledge of either are easily convinced that they can be successful.
5. Both are full of scams that promise to make you successful without all that hard work, but they are the people who make all the money. (day trading, golf improvement gadgets)
6. The people who are successful become rich and famous. (Jack Nicklaus, Tiger Woods and Warren Buffett, George Zoros). When they lose their touch they really lose it. (Jesse Livermore and David Duval) Jesse killed himself and David went from #1 to can’t make a cut in record time, but hasn’t killed himself yet.
7. The companies who make the equipment necessary to play the game are usually the most successful. (Titelist, Ping, Calloway and Wall Street, TD Ameritrade, Goldman Saks, Merrill Lynch)
8. Beautiful women are attracted to the successful men in the games. (Wolf of Wall Street and Tiger Woods)
9. People are easily addicted to both and return to play failure after failure convinced that this time will be different.
10. The most successful love big boats. (Jesse Livermore took a yacht from home to Wall Street most days, Tiger Woods, Greg Norman have one of the largest in the world).
11. The most successful have mansions in South Florida.
12. The desire to be successful attracts people without real money to play and be wildly successful. (Jim Rogers, Jesse Livermore, Cody Willard, Lee Trevino, Sam Snead, Ben Hogan.)”

Well, it's indeed to bad I couldn't get ...
Update on the Goldman trade
I got some of my early morning purchasin...
Latest Positions Part 2: The Final Frontier, VR, Trillions, Semis, Energy
Trading With Cody Crowd-Sourced Investment Reports on SRAC