if a global pandemic hadn’t hit and the governments around the world, including Republicans and Democrats who never came up with a plan that leveraged scientists and private industry standards, hadn’t shut their economies and local businesses down and then gone crazy stimulating the economy with targeted tax tricks, printing money and buying bonds and sending out trillions to the US people too,

then the chances of bitcoin/ether actually supplanting the US dollar as the reserve currency around the world and perhaps creating a distributed global currency, anytime in the next few years or even sooner, would be astronomical.

Instead, all of those things have happened.

If and when bitcoin/ether hit a market cap equivalent to the US economy and/or the amount of money stock in the US economy, does the US dollar lose and all fiat currency regimes collapse? Then again, maybe bitcoin has already reached that status and we all just don’t know it yet.

Since I started buying bitcoin at $100 each back in 2013, I’ve explained that the biggest reasons to own it are because it is global, it’s secure via the blockchain and it’s likely to work as a store of value especially for people in countries where the fiat currency has repeatedly been destroyed from rampant inflation. The US and the other developed economies of the world have crappy fiat currencies that enable wars, endless deficits, targeted tax tricks and endless corporate welfare, but in other countries it’s even worse. As I explained when I was pleading with you all to buy bitcoin at $100 back in 2013:

“How crazy is it to own a little bitcoin as an alternative currency and hedge to your dollars or euros or whatever? Well, let me put it this way – Would you rather own:

I’m not buying bitcoins anymore, but I’m already holding $BTC and I wouldn’t want to own the others for the long-term, that’s for sure.”

Let’s put these trillion dollar market valuation for bitcoin and ether into perspective.

The entire US economy is about $22 trillion a year. The amount of money, as measured by M1, in the economy has usually been a small fraction, maybe 10-20% of the total annual economic output. M1 is the money supply that is composed of physical currency and coin, demand deposits, and other checkable deposits. M1 includes the most liquid portions of the money supply because it contains currency and assets that either are or can be quickly converted to cash.

The total amount of M1 has gone from $4 trillion to $16 trillion in the last year and is still rising fast after the latest Fed 0% rates and bond buying frenzies and the endless stimulus that Trumpers and Bideners have loved to see pumped into the economy by the government. The numbers have gotten so out of control in the M1 data that the Fed says they’re not going to publish this data set anymore!

So before the Republican Democrat Regime took the corrupt lobbying, wars, targeted tax tricks and central bank fiat currency game to its ultimate conclusion as illustrated in the above spike in the long-term chart of money supply, the entire “market cap” of the cash in the US economy was only about $3-4 trillion. Bitcoin and Ether are already almost half of that number!

I often talk about how my theory that the Kurtzweil rate of change means that innovation is driving ever more innovation and disruption and chaos in global markets and that we have to plan for and embrace such chaos:

“The Mescalero Apache dancers always dance in a clockwise circle around the bonfires. The men, as you’ll see here, are the elders. They’re respected, and they constantly have some rhythmic dancing. 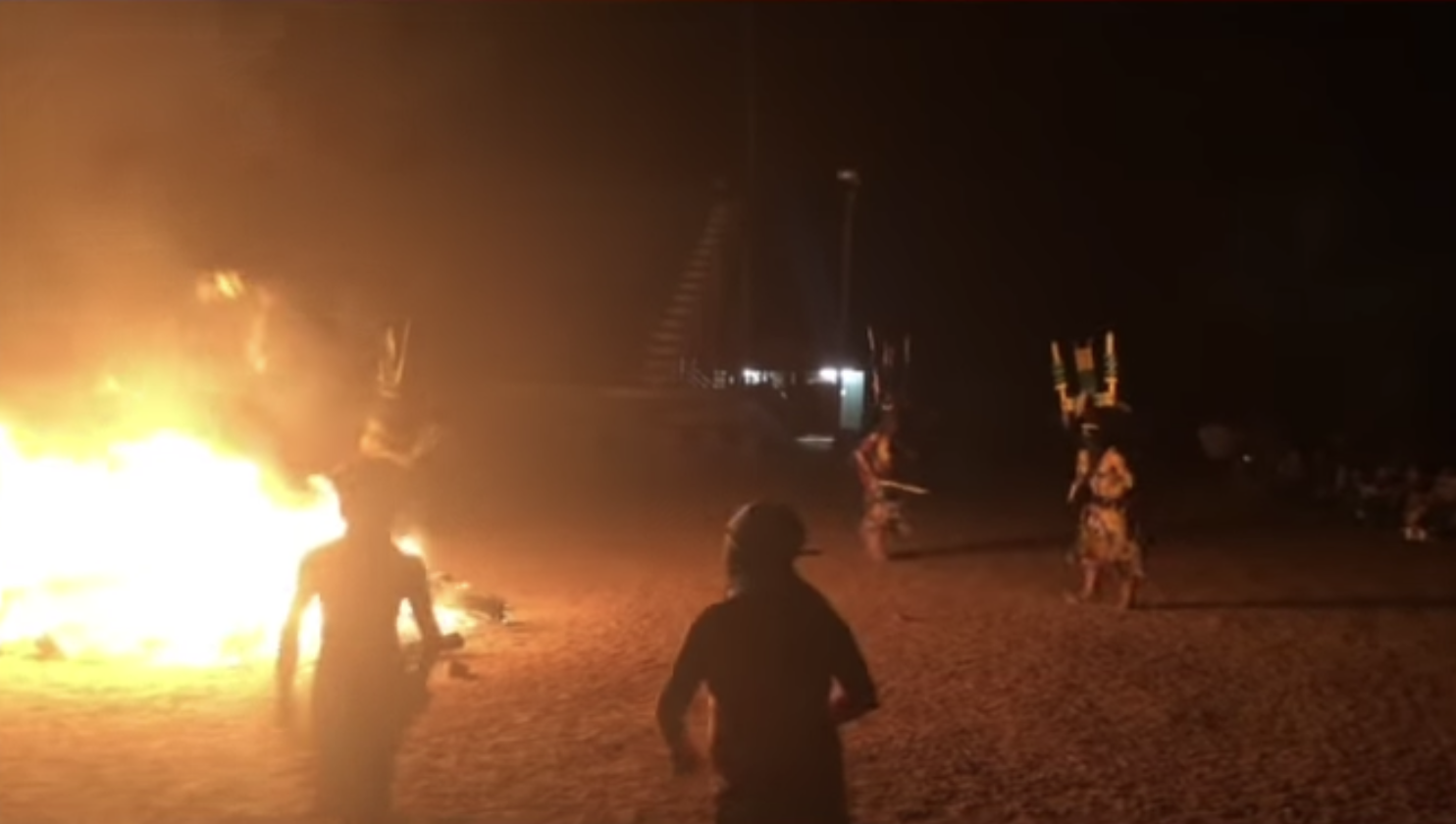 The little kids in the middle painted in white without the crowns — those kids are chaos. They represent chaos and they don’t have any set patterns. In the middle of the event, one of the kids started doing one of those modern dance moves. I don’t even know what the modern day dance move was, but Lariat Geronimo sitting next to me was explaining this whole concept about the chaos and these children and just then that kid started doing that modern dance.

Such a modern dance move had no place at all at that beautiful, ancient feast tradition, and Lariat says to me, ‘That’s so beautiful because that’s chaos. It’s the change. You can’t control children. Those kids could change the world.’

Societally speaking, there are children, my daughter, your kids, you and me, we can change the world. There’s a set pattern out there, people have been doing things the same way in our country for so long, they’ve been voting Republican or Democrat, they’ve been partisan, they’ve been consuming partisan media, they’ve been part of a global corporate takeover.

It doesn’t have to stay that way. There could be children out there who are chaotic who will change the world for the better.

Chaos is not always bad. Those children chaotically were dancing; they were beautiful.

You embrace chaos. That was what Lariat was trying to tell me and that’s what you have to do in society.

Be ready for it, but don’t be scared of it.”

Clearly this applies to the currency markets too. That’s why we’ve long been prepared for the Currency Wars with bitcoin and out Bubble-Blowing Bull Market long-term investments.

But I have to say that I’m not sure what are the clearest ramifications from the US Dollar losing its place as the world’s reserve currency. If the governments just keep printing and bombing places in the Middle East and running multi-trillion dollar deficits — we know they will, then does bitcoin just keep going up? Do most asset prices continue to inflate? Probably not stocks I think. Maybe real estate and bitcoin are the places to be in a world where the race to devalue all fiat currencies accelerates upon itself. Maybe bonds, including Treasuries, are the worst place to be in such a world.

And of course, maybe the world starts trying criminalize cryptocurrencies like bitcoin and so gold and silver become increasingly valuable stores of value again. And of course, the US dollar is still, as always, the cleanest shirt in the fiat currency laundry basket, so it will likely remain at least increasingly more valuable than the China/Europe/Russia/Etc fiat currencies, just as it always has for the last hundred plus years.

I hate to quote Lenin, but after studying the Russian Revolution in depth last year, I keep thinking of this quote from Lenin that eventually will apply to all of this, if not today:

“There are decades where nothing happens; and there are weeks where decades happen”

I leave you with something else I wrote back in 2013, which reads a lot like I could have written it today. Which is another important thing to remember. We might still be in the decades where nothing happens to the US dollar currency reserve economic system. Because trying to time a top in the markets or in an economic system is always very hard!

“The Federal Reserve and the Government’s Socialist Economic Policies are always going to fail over the long-term. Every retiree and/or saver I know is desperate to find some sort of yield on their money. The FED can print more money, can allow the big banks and giant corporations to borrow money at 0%, can allow the banks to fictitiously mark their worthless assets at any price they want, and the Fed can buy all those worthless assets with yet other printed money, and the FED can allow the big banks to front run all of the FED’s own trading in Treasuries and other securities such that they report 100% profitable trading days each quarter. Does any thinking person think that all of that misallocation of market capital will work out for the best? It will continue to get more corrupt and egregious til they can’t possibly push it any further.

You hear all the mainstream media outlets and the talking heads they quote ‘warning’ people about the end of these FED policies, as if that’s a bad thing. Sure, the ongoing stock market and Treasury and other paper asset bubbles will be crushed at some point when the music stops. So the policies are all designed to keep that music playing as long as possible.

Whatever the cause of the next Black Swan Crash, you need to have taken some precautions to prepare you and your family for it. Buy physical gold and silver bullion and coins. Buy land in crashed real estate markets near where you live. Have some cash. Maybe buy yourself a couple BitCoins, because if the next Black Swan is bad enough, they might work out to be a hugely profitable investment as the dollar continues to be destroyed. Remember that the dollar is down 99.5% relative to gold since the Federal Reserve was created back in 1913. And as I just explained above, that 99% of that collapse in the dollar relative to gold was BEFORE they created all these new ways of devaluing the hard-earned dollars in your bank account.”

Is The Entire US Dollar Global Economic System At Risk Of Collapse? Yes, as always and maybe more imminently than most people think. Other than that, there are no easy answers, but we have a disciplined, slow playbook that is built to help us navigate all of this, as always. Be careful, don’t be greedy, be cool.

We will do this week’s Live Q&A chat at 10am ET tomorrow (Friday), in the TWC Chat Room or just email us your question to support@tradingwithcody.com.

As for the broader markets, the bears and shorts are all...
Long analysis on a few of our shorts
Trade Alert: Selling remainder JRJC puts, Markets commentary and my first two months trading
Cody's Trades of the Week for February 13-17, 2017
Crypto Winter, MetaVerse, Do-A-DIDI, "Healthy" Drinks And More