We’ve mostly made it through the Covid Crisis At Home, as Lyncoln and Lori have both mostly fully recovered while Amaris and I made it through testing negative and without symptoms. Lori’s 79 year-old father is still struggling with symptoms.

Let’s talk about the economy and markets here.

If my theory has been that the market’s tail has been wagging the economy’s dog instead of the other way around, the recent big bounces in almost every stock out there would be bullish. But….

Here are the topics we need to hit: Russia/Ukraine War, Interest Rates/Real Estate, Currencies/Yen, and Tesla.

From the market’s reaction to the Ukraine/Malaysia/Gaza wars and escalating currency and economic wars between Putin’s Russia and the Republican/Democrat Regime’s US, you’d think they’re meaningless. Fog of war makes them important potential Black Swan events.

Black swan is an unpredictable or unforeseen event, typically one with extreme consequences.

Most important movie you can watch this week is Fog of War in which Robert McNamara gives us the lessons he learned when he was Secretary of Defense. Here are a few clips from it.

Be careful about war. Always.”

Do you guys remember what the Ukraine/Malaysia/Gaza War headlines were:

“2014: Evidence indicates that the plane was shot down by a surface-to-air missile that was launched from an area that is controlled by Russian-backed separatists inside of Ukraine.  We also know that this is not the first time a plane has been shot down in eastern Ukraine.  Over the last several weeks, Russian-backed separatists have shot down a Ukrainian transport plane and a Ukrainian helicopter, and they claimed responsibility for shooting down a Ukrainian fighter jet. Moreover, we know that these separatists have received a steady flow of support from Russia.  This includes arms and training.  It includes heavy weapons, and it includes anti-aircraft weapons.”

That’s the same Ukraine that Russia recently invaded but do you realize just how big of change it is to go from headlines about Russia separatists in Eastern Ukraine to where we are with Russia and Ukraine apparently in an all-out war. I don’t like these added risks of potential World War III and/or nuclear fights breaking out and since I don’t trust Putin or anybody else in power over there to somehow figure out how to end what has started, I consider this negative for stocks.

So real estate is almost certainly starting to be heavily impacted by higher mortgage rates which is indeed one of the main reasons, along with the spiked prices compared to any time in history, that I’m pretty bearish about real estate and have sold all of my real estate except for my house and the land it sits on.

Layer on top of the higher rates the fact that there are millions of homes that were bought by people for the sole purpose of turning them into AirBnBs when rates were way low. If they can keep those houses filled with guests, that might work for them. But as real estate prices likely head lower, real estate in general probably needs interest rates to head back down to where they were at those historic lows last year. I don’t think that’s a good bet to make.

And then we’ve had these wild swings in all kinds of global currencies lately too, with the Yen having dropped more since the start of the year than it has in decades:

A 20% change in relative currency values for two globalized industrial high tech societies like the US and Japan don’t happen often. And the move over the last week is incredibly rare to see also.

So we’ve got bonds, Treasuries, mortgage rates and major fiat currencies all dislocating and/or making historically large moves in the last few days and weeks. It’s not always the direction that matters when it comes to things like this, but it’s the size and the speed of these historically large moves that have me concerned about financial system risks.

Said another way, the tide has gone out and there are lots of hedge fund and retail investors who have been swimming naked and are now being exposed. I imagine that like Barclay’s announced yesterday, that there are major losses and exposure to these swings that will be bring multi-billion-dollar losses out in the system. I don’t think the markets, not after this huge bounce off the recent lows, are ready for these increased risks in the financial system.

In sum then, while I remain long our stocks as usual, I’m quite cautious about the upside potential for the broader markets over the near- and mid-term. I’d rather short some of the crappier stocks that have made huge upside moves lately than I would want to start loading up on almost any stock right now (still love the INTC here though). I don’t recommend most people at home short stocks, but in the hedge fund, I have been rebuilding my shorts like BLNK, CVNA, FSR, RBLX, SPWR for example.

Another trait of this market lately has been how in sync the individual stocks have been trading together. You go through the charts for the last week or the last day and you’ll see that most of your stocks have been trading in very similar patterns. And that is why we are getting a chance to short some crappy stocks that have made huge upside moves recently. I don’t know if I’ve got the right ones to short but I do guarantee there are many stocks that are putting in new recent highs this week that won’t ever be seen again.

Let’s finish with Tesla and a personal note. Back in October, I decided it was time to upgrade my Tesla. Recall that three years ago, the whole reason I’d bought the Model 3 in the first place was because I wanted to see if Tesla really had delivered a great car at a mid-level price with some self driving capabilities. Like maybe they’d figured it out and the market was missing that. So I ordered a dual motor Model 3 with FSD (for my wife, or so we thought) and as soon as I drove it for the first time, I was convinced that Tesla had delivered a product that was so much better than any other car I’d ever driven, much less compared to other $40,000 to $50,000 cars that I made TSLA my biggest investment.

So I stole the Model 3 from my wife and bought her a Lincoln Navigator that she wanted. She loves her Navigator until she spends any time driving the Model 3 and then she hates the Navigator because it’s just so not as good in any way as the Tesla. Anyway, when Tesla finally revamped the Model S last year, I decided it was time to upgrade to the high end version and see if it’s as good as I hope it is. Believe it or not, the single feature that I’m most excited about is the 22-speaker, 960 watt stereo system with noise cancellation built into the head set. I love listening to music on a great sound system and wasn’t it Dana Carvey who once said that a car is just a place to listen to music to?

So my wife mentioned on Facebook that our Model 3 up was for sale and within one day I had two people interested in it and within another day it was sold for our asking price. We got just about as much for the car as we paid for it 3 years and 37,000 miles ago and it even had a ding in the back. So I drove a Tesla Model 3 for free, I guess. Meanwhile, I’m now Tesla-less while we wait for this 2022 Model S that was supposed to be here sometime last month and for which we still haven’t even received a VIN number. I’m driving the 1996 Ford Diesel truck that came with our ranch when we bought it.

Oh, by the way, I don’t think Tesla’s potential for splitting their stock again is a reason to buy or load up right now in this name either although I continue to hold TSLA as a large position.

Speaking of ranch, I also have been meaning to tell you about how much I love our farm animals, of which we now have like more than 40, including 20 cattle we are letting be run on our land, 10 chickens, two goats, a miniature bull and the coolest donkey you’ve ever seen. I used to tell people in NYC that I was a cowboy but I never really thought I’d be running cattle on my own land someday. I still don’t own any cowboy boots though, ha. 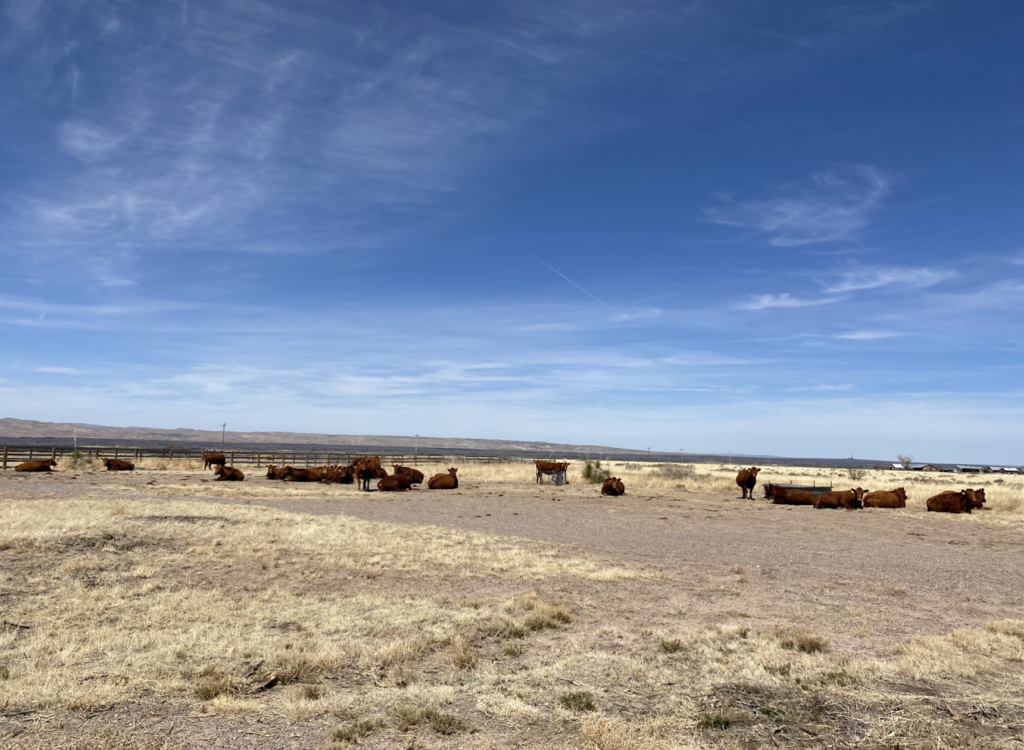