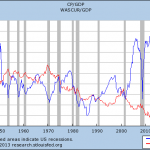 I have a conundrum. I am a huge NFL fan, but as you know I can't stand the idea of oligarchic team owners getting taxpayer assistance with their stadiums and their unbelievable not-for-profit(!) status which enables them to pay these ridiculous $20 million a year plus salaries for guys who play a game for a few months on TV. I used to boycott all college and professional sports … END_OF_DOCUMENT_TOKEN_TO_BE_REPLACED

I do not fear computers. I fear the lack of them. - Isaac Asimov Yesterday I'd postulated that the Facebook lockup expiration might very well turn out to be a "Buy the news" event, and today the stock is up nearly 10% and about 15% since I stepped in to buy back our calls on Monday (still knock on wood). I'm not selling any of my FB common or calls yet. Baidu, which I … END_OF_DOCUMENT_TOKEN_TO_BE_REPLACED

Rocking and rolling here...Amaris and Lyncoln and mom and dad had a great weekend. Hope you guys did too. I often remind Trading With Cody subscribers that there's a lot of value in not over trading, not forcing trades, not trading because you feel like you have to. One of the reasons you pay for this subscription is because I’m one of the few guys out there willing to … END_OF_DOCUMENT_TOKEN_TO_BE_REPLACED

Here's the full new report "Everything You Need to Know About Negative Interest Rates" that I've been working on for the last week. If you'd like a PDF version of this report, just email us at support@tradingwithcody.com and we'll send it to you.  NIRP, ZIRP and why easy money rules the day once again Nobody ever believed that such a crazy concept as “Negative Interest … END_OF_DOCUMENT_TOKEN_TO_BE_REPLACED

Last week I wrote: "But that doesn’t mean we won’t see DJIA 15,000 and/or more panic sell-offs before then. I’ve nibbled on the names I want and added SIMO as a play on the Wearables and Internet of Things revolutions to the portfolio recently and while the markets are down big again today, I don’t see any of my stocks that scream at me to rush into more. One more whoosh down, … END_OF_DOCUMENT_TOKEN_TO_BE_REPLACED

Stocks getting walloped (again). Is the bull market over? If so, is the stock market telling us the economic cycle has topped and we're heading into recession? I'll be the first to admit that while I take a lot of pride in having launched a tech hedge fund at the bottom in 2002 and closed it in 2007, trading stocks for TV as I repeatedly told my viewers back on Happy Hour, … END_OF_DOCUMENT_TOKEN_TO_BE_REPLACED

Here's the transcript to this week's Live Q&A Chat. Cody: Howdy folks, let's rock n roll. I got my 9.5 month old daughter, Lyncoln, helping me with today's Q&A, by the way. She loves computer keyboards. Lyncoln spent the early part of election night at my parents' house celebrating -- congratulations to my father who won a seat here in famous Lincoln County NM as a … END_OF_DOCUMENT_TOKEN_TO_BE_REPLACED