China's going to let their currency devalue a bit and that's a classic macro-economic news bite that the media will love to glom onto, but that probably doesn't matter much to our overall thesis and economy and playbook and markets here in the US. Remember the same rinse-and-repeat macro-economic news cycle of panic to euphoria we've played out with Greece/EU crisis/Oil crash, … END_OF_DOCUMENT_TOKEN_TO_BE_REPLACED

I often talk about how it's not necessarily the direction, but it's the speed and magnitude of the moves that matter in currencies (and Treasuries). This collapse in the $EURUSD since late October is stunning. The U.S. dollar is seeing the second fastest 6-month rise in 40 years. http://t.co/GoJPfWXRkH The #CurrencyWars I write about all the time as potential #BlackSwan … END_OF_DOCUMENT_TOKEN_TO_BE_REPLACED 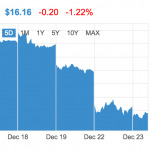 Join Cody Willard for The World MoneyShow Orlando, February 4-7, 2015. Register FREE! The Three Most Revolutionary Growth Industries on the Planet Saturday, February 7 | 8:00 am – 8:45 am EST Cody will highlight three new sectors poised to become the next trillion dollar industries and the key to long-term success with your portfolio is getting in front of … END_OF_DOCUMENT_TOKEN_TO_BE_REPLACED

Here's the transcript from tonight's special night time Live Q&A. Q: Cody, great work and thanks again. Cody what is your comment and analysis on AAPL tomorrow 4-24-12, after closing. A: My comment is, I'm nervous as usual about Apple, because I'm always worried and nervous about my big positions. We've trimmed AAPL above $600 and if it's down again tomorrow, I might … END_OF_DOCUMENT_TOKEN_TO_BE_REPLACED

Jim Cramer taught me that I should review my portfolio constantly, weighing the risks and potential rewards of each position on a regular basis. You almost want to treat each position as if you were thinking about having to buy (or short) it afresh each time you look at it. That's the long and short of it, so to speak. As you guys know, once I put a name in my portfolio, I stay … END_OF_DOCUMENT_TOKEN_TO_BE_REPLACED

Here is a list of my latest positions with updated commentary and ratings for each position. I’ve broken the list into Longs and Shorts. And from there, I’ve broken down each list into refined categories in order from the largest positions within each category to the smallest. I also give each stock a current rating from 1 to 10, 1 being “Get out of this position now!” and … END_OF_DOCUMENT_TOKEN_TO_BE_REPLACED

What to say about Facebook? It's in a class of its own. Did you know that if $FB rallies another 15% its current $120 level, that Facebook would be worth more than Microsoft? $FSLR's first quarter earnings were pretty good relative to most any other energy company on the planet. But they've got some lumpiness to their revenue recognition and that hurt the stock some today. … END_OF_DOCUMENT_TOKEN_TO_BE_REPLACED

Stocks getting walloped (again). Is the bull market over? If so, is the stock market telling us the economic cycle has topped and we're heading into recession? I'll be the first to admit that while I take a lot of pride in having launched a tech hedge fund at the bottom in 2002 and closed it in 2007, trading stocks for TV as I repeatedly told my viewers back on Happy Hour, … END_OF_DOCUMENT_TOKEN_TO_BE_REPLACED 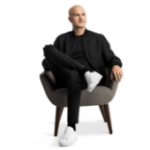 What a week to be back. That open this morning was terribly ugly but it was over within the first fifteen minutes or so. I did a little nibbling in the hedge fund premarket and near the open, but I had no idea the bottom (at least the short-term bottom for now) would be put in within the first hour of trading. Call it another Kurtzweil Rate Of Change Mini Crash that most tech … END_OF_DOCUMENT_TOKEN_TO_BE_REPLACED 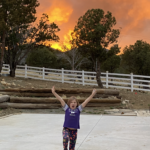 Here's the transcript from this week's Trading With Cody Live Q&A Chat. Q. At what price would you be adding to your space stocks? A. I add to VACQ every time it goes down another 2-3% (which has been often). I nibble some SFTW every once in a while. I've not added much to the others if at all. Q. How much of a technological/knowledge "lead" do you feel SpaceX has … END_OF_DOCUMENT_TOKEN_TO_BE_REPLACED