“I’m bullish on Amaris.” – Quote of the day is by @deadaphids in the Trading With Cody Chat Room. Thanks for the kind words and I agree as I’m bullish and long call options on both my daughters! I was on my Amaris duties last night. I spend at least half the night with her about 4 nights a week.

Robert Marcin posted this Scuttle this morning: “So Cody, who’s more scared, the bulls or the bears? I know if I were a bear/short, I’d be panicking about right now. If the market starts to broaden out into the small/mid caps there is a lot of rally potential in those stocks since they were so crushed. Maybe this is already the top for the seasonal trade….hahaha. Or maybe the shorts will survive another 10% rally in the S&P 500 and the 25% bounce it will mean for the average stock. I remain selectively buying speculative stocks.”

You guys know we’ve had some serious homeruns and a rather nice run in the overall portfolio this year and especially in the last few weeks. I was buying into the panicky sell-offs in August and caught a 40% crash in the only two stocks I’m short — Valeant and Pandora (I also own some puts on the $IBB and am losing money on that short for now). So I’m actually looking to pare back my positions, both long and short, after this huge run. But net/net I do think the path of least resistance for the broader market is still higher into year end, in part because the shorts/bears don’t seem to be very scared just yet. But let’s do our poll once again and see if we can learn more about the current consensus and sentiment market set-up:

Who’s more scared right now, the bulls or the bears? Send me an email to cody@tradingwithcody.com or reply to me on Twitter or Scutify and let me know.

Remember when I shorted $VRX Valeant Pharma before it blew up and I was comparing it to the owner of Phoenix University, Apollo $APOL, the for-profit education short we put on a few years ago, writing: “There’s a lot of expectation for continued price increases at VRX and very few analysts if any are modeling in lower prices and margins ahead. Remember when we were shorting Apollo back in the $50s and rode it down into the $20s when I covered? APOL is now at $10 and probably headed to much lower as I’d always surmised in articles like For-profit education flunks the test, The dark side of educational publishing and How to make 90% on a short position. I clearly covered my Apollo short way too early.”

Look at this: “In an interview Saturday, Munger tore anew into the besieged drug company, calling its practice of acquiring rights to treatments and boosting prices legal but ‘deeply immoral’ and ‘similar to the worst abuses in for-profit education.’ Italics mine.  Charlie Munger was Warren Buffet’s long-time right hand man at Berkshire Hathaway.

On a related note, you guys know that I’m a bear on much of the health care industry as I think there’s more downside in the industry’s ability to maintain its pricing and profits. Playing tax avoidance games makes me even more bearish on the industry. Go back and read that article about Charlie Munger bashing Valeant as he hits on the same concept: “Companies like ITT Corp., Munger said, made money back in the 1960s in an ‘evil way’ by buying businesses with low-quality earnings then playing accounting games to push valuations higher. Investment managers looked the other way. And worse, he added, it was happening again.” Sounds like exactly the rationale given behind all the recent M&A scrambling in health care, pharma and biotech and especially the tax inversion mergers like Allergan’s doing. Read this article for more on the past and future accounting and tax games Allergan and Pfizer are looking to play with this latest merger. Learn more about tax inversion schemes here.

Nice Fitbit report and guidance too both very strongly above estimates. You have heard me plead with companies to do secondaries and raise cash while their stocks are up and the good times seem like they can last forever and that’s exactly what Fitbit is doing here as they look to sell 7 million shares and raise nearly $300 million or so for their balance sheet. The company is also looking to sell 14 million shares for existing stockholders, which doesn’t help the company other than, as they put it in their press release announcing the intent to file for secondary offering, “The principal purposes of the proposed offering are to increase Fitbit’s financial flexibility, obtain additional capital, facilitate an orderly distribution of shares for the selling stockholders, and increase Fitbit’s public float.” See how this company is “selling while they can, not when they have to?” As a shareholder in the company looking to stay in front of Revolutionary Trends, I found this to be a strong earnings report with strong growth and increasing profitability expected ahead. Steady as she goes for now.

Here’s a few questions and answers from Revolution Investing and/or Trading With Cody subscribers.

Q. Revolution Investing long position EZ Chip gets bought. Our long Sandisk gets bought. Our long Syna gets a offer and ramps higher. Longs like Google and Apple are big winners. Fitbit reported awesome growth and what? They are going to use the market for cash to grow? Isn’t that why cos go public in the first place? Long Amba is too tied to GoPro and may have short term issues due to GoPro inventory mismanagement but overall in a market dominant position with drones, robotics and wearables. Fslr had a nice pop recently…. And we can’t forget about fb killing it and the $P short too! The Revolution Investing model portfolio has been killing it. What’s next?

A. Nice round up of many of our positions, well done. I do have more longs and short positions I’m looking to put on the portfolio in weeks ahead so stay tuned!

Q. Your thoughts on Tesla into earnings tonight?

A. I’d rather be short than long $TSLA into tonight’s earnings report. Tough to do either with that name though, as you never know what the market will focus on in the report and it can pop or crash 10% on mixed analysis from sellsiders and buysiders and momentum traders.

Q: Bitcoin increased 60% in last month and last 3 days increased 25%. Finally its moving towards previous highs. Not hearing anything about the bitcoin recently.

A. I have a few bitcoins that I use for float but not enough to move a needle on my portfolio. I have just a tiny amount of any exposure to bitcoins relative to my broader net worth. I’d rather invest in bitcoin companies than $BTC itself.

Q. Oil stocks are breaking out strong. Should we trust this move at all?

A. I don’t think we have to worry about trusting the next move in oil or not as I’ve been explaining all year while most every other investor/pundit and trader has tried to nail a bottom in the energy sector and energy stocks. I think our Revolution Investing strategy is a better way to invest!

Q. Cody, have you looked at LinkedIn? I like their multiple revenue streams.

A. With so much exposure to Facebook and some exposure to Twitter already, I’m hesitant to get too concentrated in social networking stocks. I’ve owned $LNKD in years past but have always struggled to get comfortable with its valuation.

A. I always advise slowly scaling into any position and maybe a 1/5th scale in into$AMBA might work. I should have gone ahead and bought some $AMBA call options when I’d been talking about it when the stock was around $50.

Q. Cody, brand new member long time follower back you your original real money days…rediscovered you on periscope of all places! Keep up the great work! Really enjoy the interaction you have with your members.

A. Thanks for joining Trading With Cody and as a believer that Periscope has a huge future ahead of it, that’s interesting about finding me on there. I better start doing my Periscope videos 2-3x a week again. 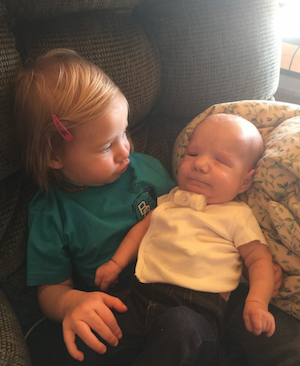 News you can use (or ignore, depending on the topic and application)
Bubbles -> Risk -> Complacency -> Greed -> Downturn -> Crises -> Crash
PSA: The future of Bitcoin and cryptocurrencies
Elad, FSLR, Wants/Hopes/Feelings and other notes
Would rather be short than long GoPro after the IPO pop