Don’t forget that we’ll be doing this week’s Live Q&A Chat at 11am ET. Join me on the Trading With Cody app or at https://twc.scutify.com/members.

This afternoon, I’ll be headed to Las Vegas for some meetings with some hedge fund friends of mine and other dealings for the next couple days. Among other things, I’ll be spending a lot of time talking about and listening to ideas about new stocks, tech stocks, sector rotations in the market, strategies for maximizing gains and minimizing risks and other investing/trading stuff. I’ll have a lot to write about for you dear subscribers afterward obviously, so stay tuned.

Big rebound in big tech today, after days of taking it on the chin.

Stepping back from the wild action we’ve seen since Trump won the election a week ago, with the DJIA spiking to new all-time highs as big cap tech got crunched, Treasury rates spiking, currencies swinging, let’s just get some perspective.

Look at where the stock markets were back from this screenshot from eight years ago today. $DJIA and $SPX have more than doubled and the $NASDAQ has more than tripled. I don’t expect a crash any time soon, but you know… If you haven’t trimmed some stocks, raised some cash, just hedged a little bit — you probably should.

I remain bullish overall in my stance and I think a lot of great revolutionary stocks have lots of upside for us in years ahead, as they always do, over time. If anything, Trump’s likely to be extremely pro-corporate, pro-corporate welfare, pro-consolidation, pro-big banks, pro-real estate and pro-big-anything.

If interest rates can stay low for the next four years, with the Republicans and Trump in charge, they’ll borrow every dollar they can from future generations to pump up, inflate, profiteer and party while they can. Come to think of it, even if rates do spike in the next few years, the Republican Democrat Regime will be borrowing every dollar they can to stem the impact of higher rates anyway. And with the dollar ever-remaining the reserve currency of the world, there’s a lot of gameplaying, QE, and behind-closed-doors scheming that can kick the can down the road, if I may mix metaphors.

So the upshot is that the US government and central bank are more likely to inflate even bigger asset/stock market/real estate bubbles in the next few years than the last twenty years, which has been a series of inflating and popping asset/stock market/real estate bubbles. Can they get away with it? Or is the cycle ready to turn as the current(?) bubbles in the stock market and other asset classes pop no matter what the government and central bank try to do to stop it?

We have to be skeptical, but we have to be objective. We have to balance risk and potential upside in our portfolio, but we don’t have to be all-in or all-out and it’s foolish to think you can catch the exact top with drastic moves. I continue to have lots of revolutionary longs balanced with some ugly duckling shorts and more cash on the sidelines today than I did back from 2011-2013 or so. 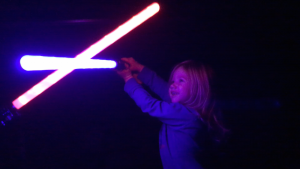 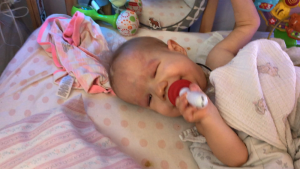 PPS. Here are some quotes from Star Wars that could be applied to our own stock market, economy or country today:

Get your free copy of my new book The 100 Most Important Tech Stocks on the Planet...
Here's what I was thinking and reading about this morning
I'm fighting the impulse to trade more. ...
Trade Alert: Trimming another big winner
Musical.ly app, Alibaba vs Amazon, Trump anti-trust (not) and more