I had a very productive and interesting three days in NYC. Lots of meetings, running around the city, learning and networking. See pics below. Here’s the transcript for this week’s Live Q&A Chat. Stay vigilant out there.

Q. Are you tempted to trim the Chinese holdings due to coronavirus uncertainty?

A. I’ve already trimmed them along with most of the portfolio in recent weeks and I’m comfortable-ish with the exposure I’ve got there. I’d buy more if the markets panic and slam Chinese stocks for 10-15% over Coronavirus. Otherwise, I’ll mostly sit tight here.

Q. Cody for the chat after basically seeing most of our holdings announce earnings and give forward guidance are there any significant changes in your investment thesis either positive or negative?

A. No, I can’t say much changed about my investment thesis overall or in many of the individual names. SNAP’s user growth of 18% year over year was better than I expected, though the stock did get hit as I’d thought it might. Going to hold it and most of the portfolio steady.

A. No, I’m sorry but I think it’s misleading for me to give specifics about weightings in the hedge fund or in my personal portfolio. Someone who’s 22 and has a $50,000 stock account and just got a job making $150,000 year to start probably shouldn’t have nearly as much cash in their portfolio as an 80 year old retiree with $10,000,000 net worth. Let’s put it this way — I have quite a bit more cash in the hedge fund today than I did a month ago, as I’ve noted when I’ve been getting more defensive.

Q. I read an article that says only eleven companies control: •80% of mobile telecoms •95% of credit cards •70% of airline flights within the U.S. •60% of online searches •66% of U.S. hogs slaughtered •85% of the steer •50% of all chicken production •85% of U.S. corn seed sales •75% of soy bean seed How do you envision a country sustaining any superior global position with so little competition, This would appear a major reason for the poor growth of the middle over the last 30+ years. As everything consolidates, so does the wealth of a nation.

A. I’ve written and talked about on TV repeatedly over the years about how I don’t understand why we even bother having anti-trust laws if we’re not going to enforce them. But any stretch of the imagination, the pattern of companies acquiring and/or otherwise squashing the competition to the point of making their industries into oligopolies, as companies like GOOG, FB, AMZN, MSFT, TYSON, BOEING, etc etc do, is clearly in violation of all the spirit of anti-trust law. These companies lobby politicians and give revolving doors of highpaying jobs to the regulators and thus get a pass to roll up the competition ever more instead of a being forced to break up. BTW, I should add that I’m not sure I believe we should have anti-trust laws. They don’t seem constitutional to me.

Q. Therefore Cody2020, what is your campaign solution to something that, to me at least, has clearly hurt this country and helped push many towards the idea that a break from capitalism is necessary. I understand that this is not the only reason, but stagnation in the middle is the destruction of a nation. I’m not advocating breakups, just pointing out that lost jobs, lost pricing competition, lost wage growth has a negative impact alongside the obvious corporate efficiencies.

A. Simply, I’d basically work to take away the power for politicians to jack with the tax code, I’d work to stop all lobbying and I’d force all these monopolies to try to keep their wealth and power without any help or subsidies or targeted spending from the government. I don’t know though, I’m actively open to other ideas that don’t involve creating thousands more laws that are supposed to regulate these monopolies when they actually protect them.

Q. I know you said it wouldn’t matter in the long run who won Presidency, but let’s be honest if Bernie wins we gotta sell at least half, right?

A. Hmm, you’re worried about Bernie doing what? He’s against the Federal Reserve and military industrial complex and he’s going to actually enforce anti-trust laws and he’s going to outlaw the trillions of dollars of stock buy backs being done at artificially low rates and he’s going to crack down on billion dollar giveaways to billionaire pro sports team owners and he’s going to not allow any corporations or Goldman bankers or lobbyists to run his administration? I think not. There’s nothing meaningfully different between what Trump does and what Bernie will do other than the names they call it. I love this country and I think it’s a miracle this country was created by people who actually tried to create something as incorruptible as the world as ever seen. And they succeeded. God bless the USA.

Subscriber reply: I second that, the founding fathers created the greatest political documents ever written because those in power actually limited their own reach. They are the first successful government to not seek further power but to actually give the individuals of a nation the ability to make their own path, with as few of governmental obstacles as possible while still protecting the majority of their constituents.

Q. We have asked about companies/stocks you like but are too expensive to start a position. SHOP, MDB, AMD etc. If you did not have Tesla in your portfolio, would you start a position at 750?

A. Yes, I think Tesla’s lead in technology, the potential for margin expansion, the Cybertruck, the semi, etc, would make me want to have at least some exposure to TSLA, even though it’s tripled in the 9 months since we bought it. I’m warming up to AMD by the way.

Q. Good Morning! Are you looking to add to SPOT after earning ? Wait till virus thing gets payed out? What is your plan? Thank you.

A. I’m not in a rush to build up positions right now though I do like SPOT a lot. If I didn’t own any SPOT, I’d probably look to start a position, but I’d leave room to add more over time. I’m mostly sitting tight right now.

Q. Hi Cody, any interest in PINS after its report yesterday

A. I like PINS and that was a terrific quarter. I’m not sure it’s Revolutionarily exciting enough to make me terribly interested in it at these levels though.

Q. Are you trimming SNAP puts?

A. No, I’m going to hold onto the SNAP puts for now as hedges. I don’t own a huge amount of them.

Q. Thoughts on TWTR after earnings?

A. I’m getting sick of waiting for Twitter to get all its ducks in a row and deliver on some of its ever-out-of-reach promise. I’d rather trim TWTR than load up on it right now, but I’m holding most of a core position in the name steady for now.

Q. Is this a good place to open a small QCOM position on near term weakness? Earnings report seemed fine.

A. Yes, I thought the quarter was fine too.

A. I love DIS for the next five years.

Q. Would you nibble on any AJRD or SPCE here?

A. If I didn’t own any or didn’t own enough of either one, I might start a first tranche of maybe 1/3-size or so.

Q. Thoughts on Dance of the Clairvoyants, the new song from Pearl Jam? A much different sound but I dig it.

A. I hadn’t heard that Pearl Jam has a new single until you just asked about it. Sounds like PJ has evolved their sound a little for this one. Nice. I dig. 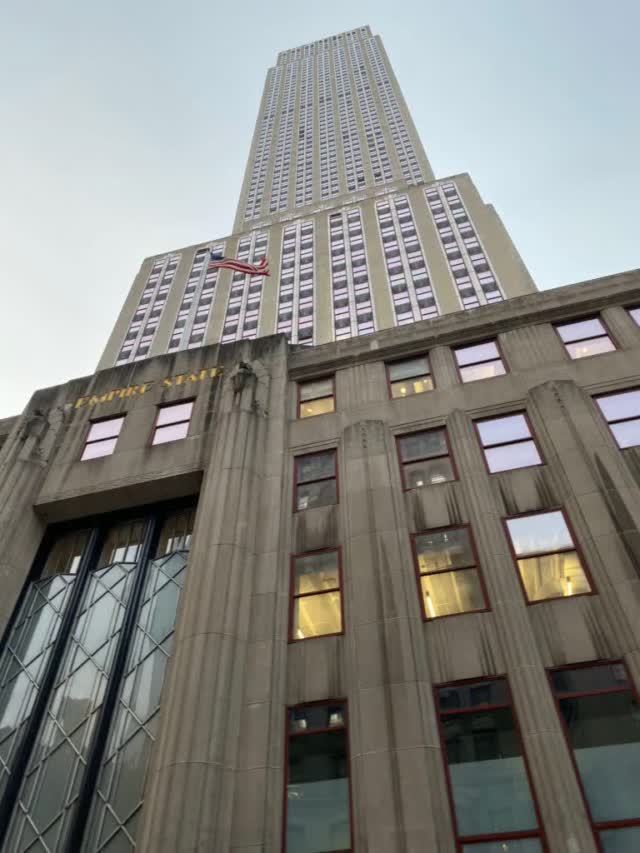 The Empire State Building, still breathtaking every time I see it in person. 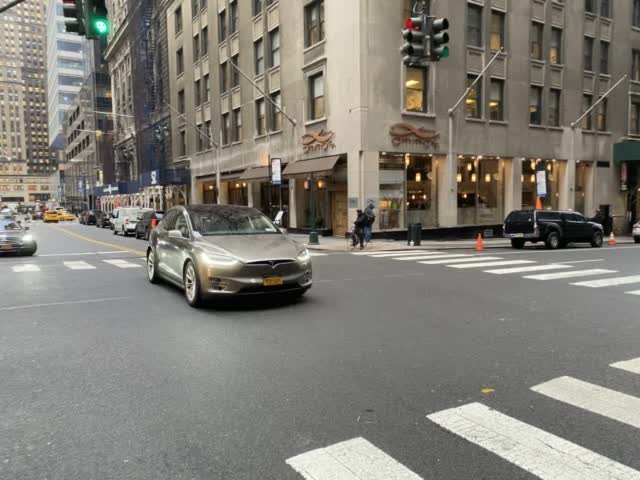 Anecdotally, I saw three Teslas in Manhattan this week, this one driving in front of Grand Central Station. A month ago, I saw two. Six months, I didn’t see any. 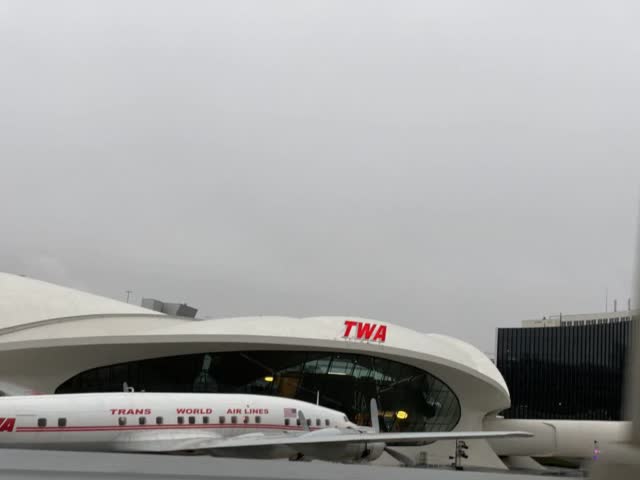 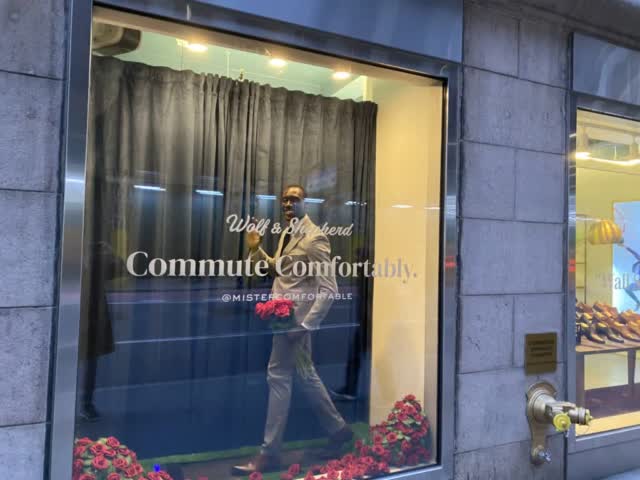 One unmistakable pattern in the markets ...
Market open and a couple housekeeping items
How to pay for tax cuts and fix Facebook, Lebron's Generosity, Bad Movie Review and more
The Anti-Smartphone Revolution
Cisco will remain one of my biggest positions...