Lindsay LNN is our remaining Water Revolution play after we took our gains on $CCC Calgone Carbon last year. Lindsay’s main customers are farmers who use their watering and irrigation systems to produce more, bigger and better crops.

No doubt the longer-term population trends of the world will continue to drive up demand for effective irrigation solutions and Lindsay gets the bulk of its revenue from its Irrigation Solutions division. That said, you can see why the near-term outlook for strong demand for irrigation systems is likely to be soft at best in this chart that shows the price of wheat, corn, soybeans and cotton over the last year: 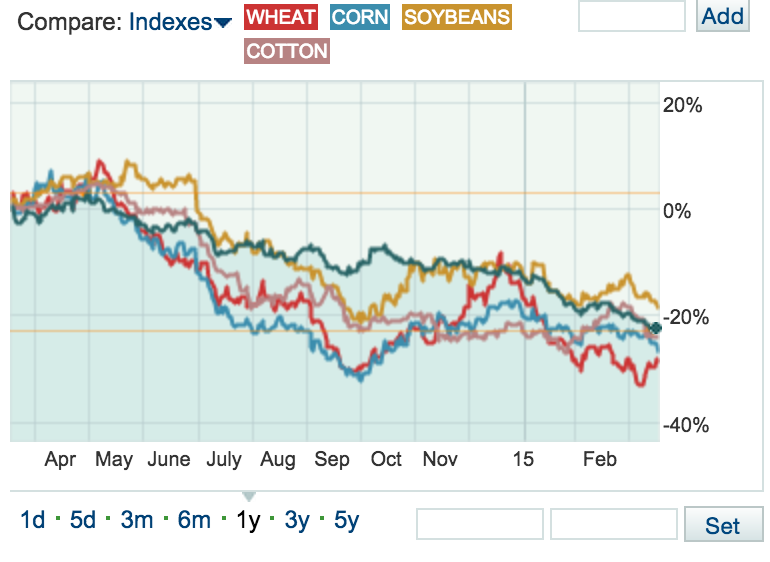 The mechanized irrigation business has been allowed to become a virtual duopoly, with Lindsay and Valmont Industries VMI combining for more than 3/4 of the market place.

Lindsay is known for its Zimmatic line of center pivot and lateral irrigation systems. The company promises a value proposition to farmers that includes:

* 3 – 7 year payback periods on a system that lasts decades 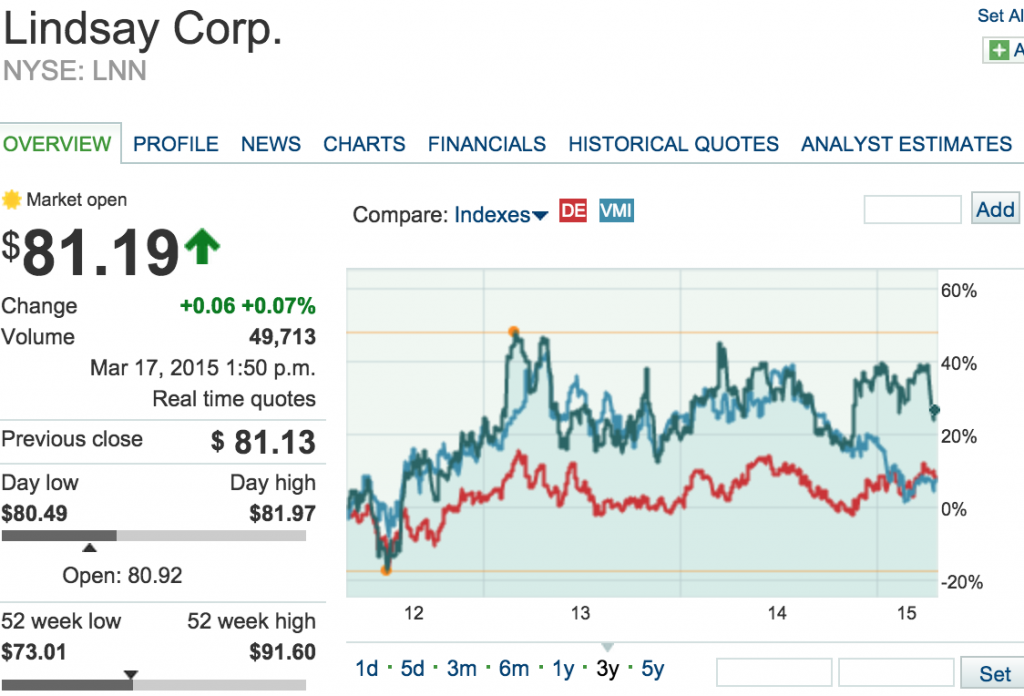 Lindsay has outperformed its biggest competitor, VMI, and has also outperformed Deere since we’ve owned LNN over the last three years. You can see in that chart below that VMI has pretty much traded in correlation with the prices of wheat, corn, soybeans and cotton as they started their long descent over the last year: 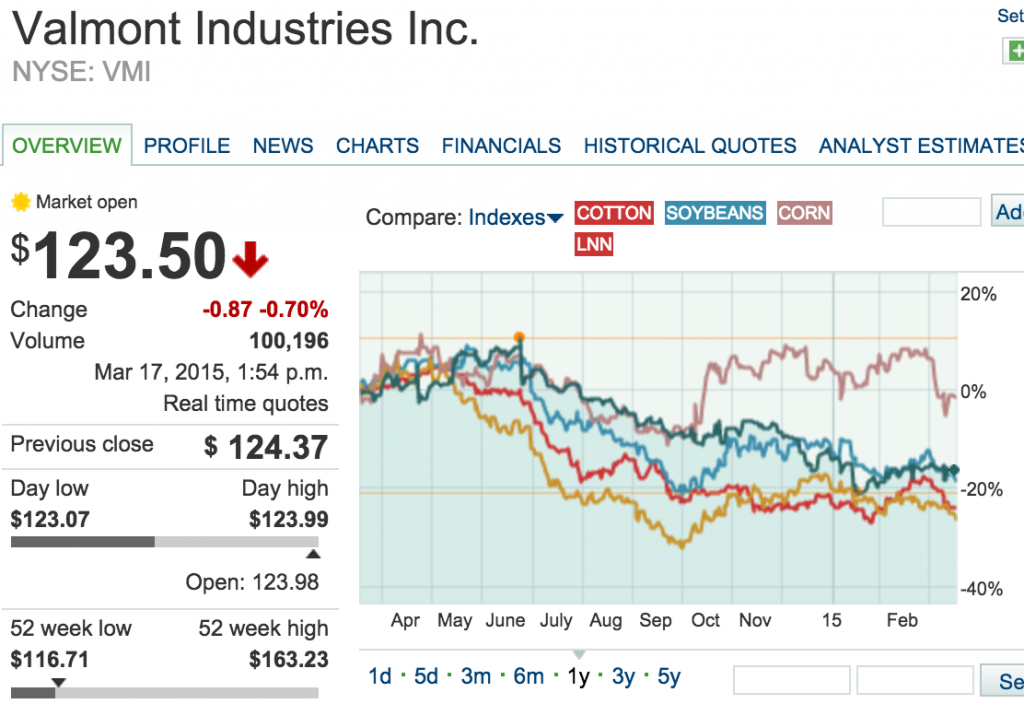 LNN’s management has, for decades now, ridden out the broader farming cycles to consolidate and grow the industry. The company reports earnings next Wednesday after the close and while I’m admittedly concerned about near-term softness in the farming sector, I am holding my Lindsay steady for now. It is my personal smallest long position right now and I might add to it if it were to get hit after its report.