Don’t expect that gold, silver or the gold miners will go straight up or that we’ve nailed the exact bottom on our trade. Give yourself room to add if and when the next crank down on paper promises and ETFs comes. I do think six months from now we’ll have had the chance to take some profits on the GDX long and if actual gold/silver coins and bullion get crushed to a lower level, say 10% lower from here or so. Right now physical gold costs than $120-$200 and silver $4-6 more than the quoted spot price and ETF prices. I’d try to find some gold near $1200-1250 an ounce and silver near $19 an ounce (a price at which I was able to aggressively rebuild my silver stash late last week but which is already gone at the dealer I found selling it to me at that price).

On the other hand, I think we might have got into our Zynga long trade near what might very well prove to be a mid-term if not long-term bottom. There’s always a chance that the new CEO, from Microsoft and EA before that, fails miserably in his quest to pull Zynga out of its rut. Remember Stephon Elop who went to Nokia from Microsoft last year. NOK’s down more than 60% since it first popped on the news that Elop was going to step in as CEO. 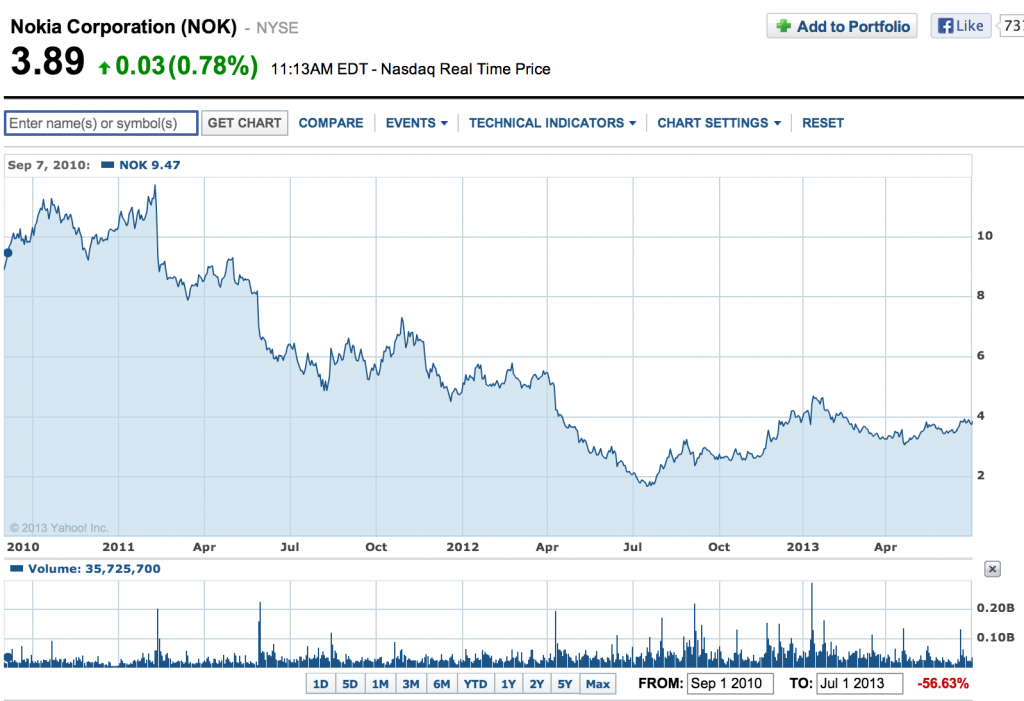 That said, I think Zynga’s got a much larger addressable market/marketshare to take vs. where Nokia was at that time back in 2010 and it’s not like I was a big bull on Nokia back at that stage anyway. But the point being, I don’t want to bet the farm on the new Zynga CEO, but with the huge net cash balance and some potential for a backlash to the Zynga backlash translating into some momentum for the stock, we could see this one run into year-end. Beyond that time frame, it will mostly depend upon some improvement in the fundamentals and earnings outlooks for the stock to keep going from there.

In the meantime, I’m adding to my existing Zynga long position which I already built up as a “never-expiring call option” while the stock was below $3. I’m adding another full tranche here this morning, despite having to pay up 20-30% over the price where I bought the prior tranches. For the record, here’s a long-term Zynga chart, showing just how far it would have to rally just to get back to its IPO. 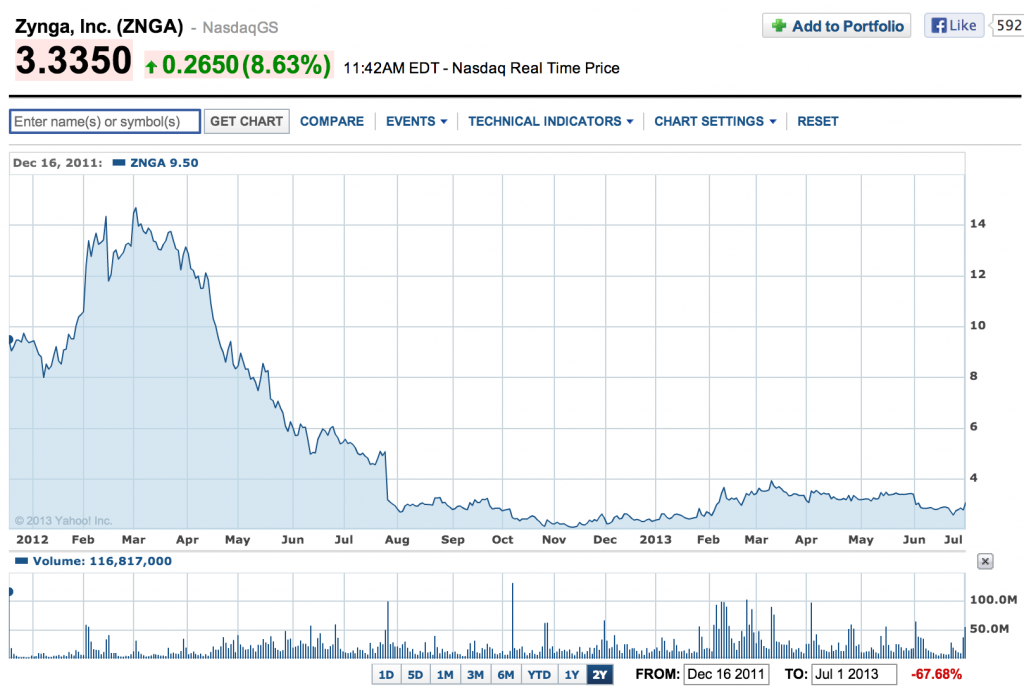 And here’s everything else you need to know about the huge Zynga developments overnight.

Trade Alert – Social Decade Basket (and updated analysis on real estate) – Here’s the analysis behind my building up the ZNGA trade before this new CEO development.

Here’s New Zynga CEO Don Mattrick’s First Letter – I like his outline of his vision and his pep-talk.

Sources: Zynga’s New CEO Will Be Paid 95% in Stock – Shareholders love this kind of thing.

Who the Hell Is Don Mattrick? – Blast from the past back in 2007. Really good background on Don’s pre-EA/Microsoft entrepreneurial days.

A Vaccine Stock Strategy, The Future Of College, Bitcoin Better Than Gold, Etc
Elad, FSLR, Wants/Hopes/Feelings and other notes
Response requested: Who's more scared right now, the bulls or the bears?...
Selling the last of the Akamai calls
The major indices are now up nearly 10% from their lows on June 17...