Facebook hit critical mass a long time ago and the network effects from doing so continues to pay off for the company. I’ve mentioned before that the stock would probably be worth 70% less if Facebook hadn’t acquired Instagram and Whatsapp. Instagram, in particular, basically saved this company from becoming the next MySpace. But what is Facebook doing now to stay relevant and to try to recapture its Revolutionary glory days? Is Facebook the next GE or is it still Revolutionary?

Libra is Facebook’s last ditch effort to remain Revolutionary. Zuckerberg basically explained this to anybody who was listening to his condescending testimony last week (“It would be bad if you lied,” he told one of the congresspeople) that he hopes that Libra can be the future of the company — a crypto-like payments currency-like money transfer thingee. I guess Libra is just a corporate-backed bitcoin knockoff wannabe. I’m not convinced that Libra is going to amount to much of anything, as bitcoin already serves the purpose that Libra is apparently trying to serve — and Congress can’t call anybody at bitcoin to testify or to try to control, since there is no central body overseeing bitcoin.

You can watch a small part of a TV interview on did on this topic last week in NYC here. 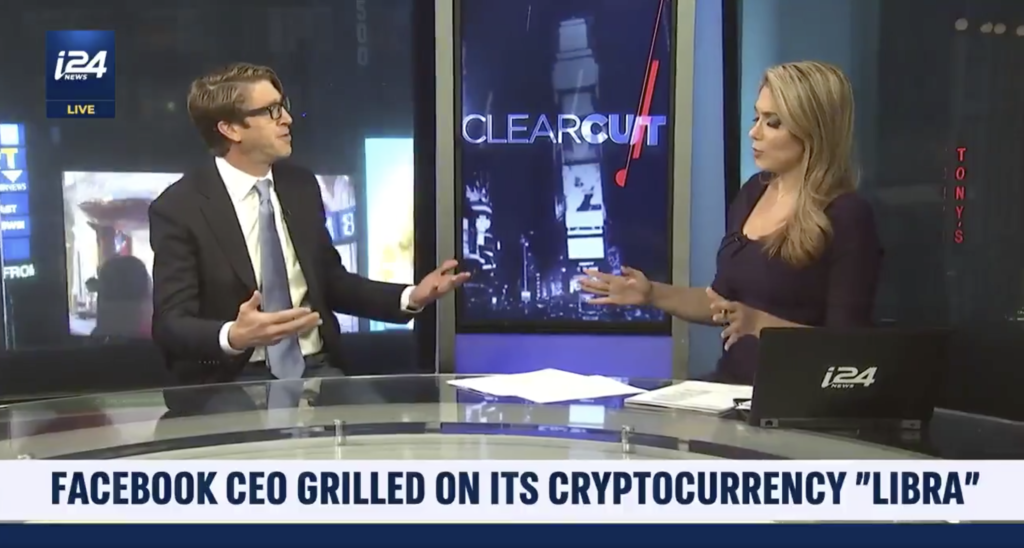 That said, Facebook is now a half a trillion dollar market cap company, is still kicking off 80% gross margins, growing 25% per year and dominating Western civilization’s social with Instagram. Trading at 6x next year’s sales and at 20x next year’s earnings, Facebook’s still a core holding for me, basically like it has been since it was in the $20s.

Then there’s Snap which is now worth almost as much as Twitter with an enterprise value of about $20 billion. Snap does have as much as Twitter in annual sales but is growing that top line at about 40% per year vs Twitter’s 15% per year. Snap’s just about to turn profitable next year or so assuming the gross margins continue to grow towards a Twitter-like 70% level. But I happen to think that Twitter’s safer than Snap because of its unique open-ness and ease of use and that Twitter is already a global phenomenon that has hit critical mass while Snap is still trying to gain traction globally to establish critical mass for itself. I’m going to trim a little more Snap here today, if only because the valuation isn’t very compelling after it’s doubled since we bought earlier this year.

Meanwhile, I think Twitter is a screaming buy here at or below $30 a share, which gives it a less than $20 billion enterprise value which means it’s trading at less than 5x sales. Clearly the market is upset about the hit to growth and profitability from Twitter proactively improving the privacy of their users. This is a company that kicks off gross margins of 70% and I’m thinking the company could do $3-4 per share in earnings in 2021. I could see a 20x P/E of those earnings which would get the stock somewhere between $60-80 in two years or so.

So I’m holding a smallish-position in FB steady in the hedge fund here. I am selling a little SNAP, maybe 10-15% of it. I am buying more TWTR, maybe another 10-15% more here.