Here’s part of a post I wrote back almost ten years ago when the DJIA was below 12,000. Look at the description of the Bubbled Up Stocks I used to explain why we were NOT in a bubble in 2011. You’ll notice that a lot of stocks these days have made moves like $20 to 200 in a year… These days I’d be more likely to write a column called “I’ll Take The Other Side Of That Greed” instead of what this one was called back before ten years of a Bubble-Blowing Bull Market took us to this place where we are now.

People on TV are saying that tech stocks are in a bubble. Really? If you think Riverbed’s move from the low teens to the mid $30s means that it’s in a bubble, let me remind you of what some of the charts from the telecom bubble a decade ago.

Or Cisco, which went from $5 to $77 in less than three years’ time as we went into a true bubble, not the mini/fake/wannabe thing they call a bubble these days:

Seriously, take a look at those charts. Does Cisco at $14, at the lowest level its been at in years indicate that we’re in a tech bubble or that we’re not in a tech bubble? Does Juniper, which would still need to see its stock price go up seven-fold to get back to where it was in 2000 look bubblicious right now to you? I certainly don’t expect any of these three stocks to get back to where they were at the heights of the great telecom bubble, but I do expect that we are headed into the “echo tech-o” bubble led by apps/smartphones/tablets/cloud stocks. And I do expect that we could see these stocks double or triple in the next couple years.

Cisco’s been painful of late and we’re down a couple bucks on the trade now and I give you a sincere mea culpa for that. But this stock is as cheap as it has ever been on just about every fundamental metric you can point to. There is no denying that tech stocks, including Cisco, could go lower if this economy tanks and earnings plummet. As usual, if the economy implodes stocks will likely go lower.

But freaking out over an existing tech bubble in June 2011 and selling your tech stocks? I’ll take the other side of that fear and that trade.

Cody back in real-time 2020. Let me leave you with a few dont’s and a few do’s in what is, now ten years later, a fully Bubbled Up Stock Market:

Don’t think that everything will continue to go straight up forever.

Don’t think that balance sheets and cash flow won’t ever matter again. They will.

Perhaps for a case in point, have you looked at SNOW? It’s down 25% from its high a couple weeks ago. ZM is down more than that from its highs. Lots of other stocks will trade similarly at some point in the coming days and weeks.

A few do’s for you in a Bubbled Up Stock Market:

Do lots of analysis and homework.

Do read books about how other Bubbled Up Stock Markets crashed.

Do continue to find the next Trillion Dollar Market places, like, say, The Space Revolution.

And speaking of the Space Revolution, I’m nibbling back on some SPCE common stock, which we’d smartly trimmed last week when we could while the stock was 30% higher than its current quote. The launch from last weekend was a failure because they lost their connection to the internet. So you’re saying Virgin Galactic will need to be a customer of SpaceX’s Starlink to get to space? Just kidding, Virgin Galactic is going to get this commercial space business rolling in 2021. But you have to have a long-term view of The Space Revolution, because SPCE’s valuation ain’t exactly cheap here on any traditional fundamental metric.

I’ll be working on the Latest Positions this week, so no Live Q&A this week. We’ll resume the Live Q&A Chat next week.

There will be a sunset on this Bubble-Blowing Bull Market some day and it probably won’t be quite as pretty as this one from outside my house this weekend: 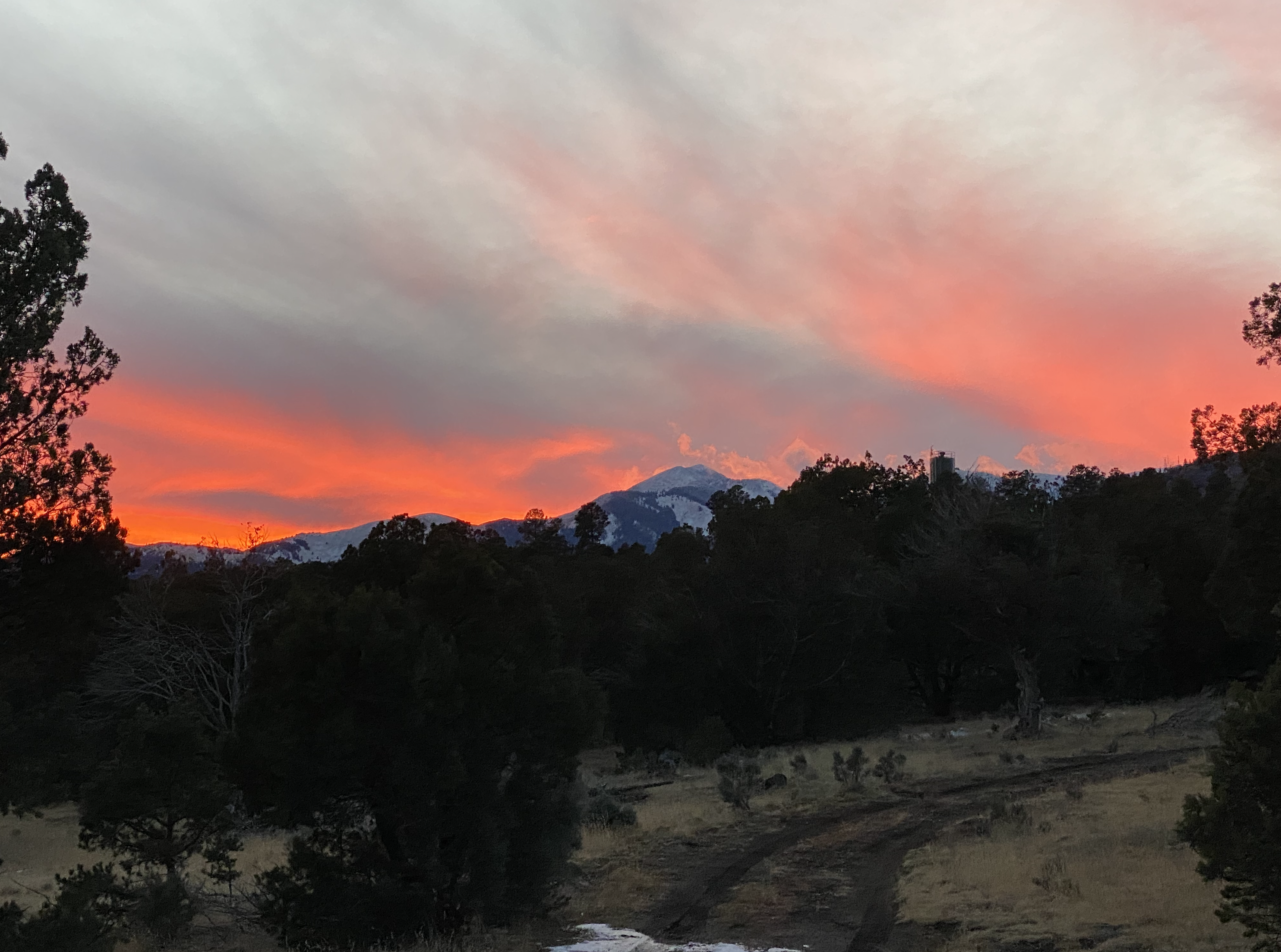 Trade Alert - Trading one tech supplier for another (and some updated analysis on Apple)
Specifics on the FB trade
Make sure you follow me on the Futr apps PLUS Trade Alert: Two trims
Trades for the week of April 23rd through April 27th
Trade Alert: Africa Is Ready For Economic Revolution And A New Name For The Portfolio